Catherine Hovell is a Leicester University museum studies student on a summer placement at the RCP. As part of this placement experience she has researched and created a display case on the Parliamentarian physicians of the English Civil War. 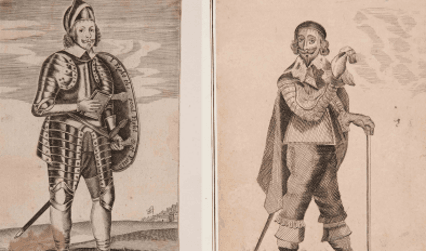 When researching the subject in the RCP archives, I came across the annals for the Civil War years, which showed parliament requesting physician volunteers to go to the battle fields. However, although lots of medical experts were needed on the battlefield, quite a few of the more well-known fellows (voting members of the College) were better known in this period as soldiers rather than as physicians.

This was a politically turbulent time when some of the physicians of the College got embroiled in the politics of the country, and it caused many doctors on both sides not to achieve their potential in their medical careers. One of these physicians was John Bastwick (1593–1654), a firm supporter of parliament and opponent of the king. In the 1630s, Bastwick was fined, and sentenced to be imprisoned and to have his ears cut off as punishment for charges of seditious libel. In his biography it says that he ’might have attained eminence in his profession had he not swerved from its duties to gratify the turbulent spirit of the times in which he lived.’ 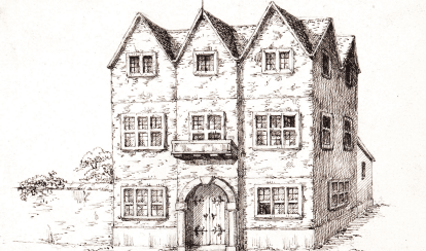 The fellow Thomas Sheaf (c.1607–1657) was eager to volunteer as a physician in the Parliamentarian army. He also played a role in keeping the building at Amen Corner in the hands of the physicians. The College rented the house at Amen Corner from nearby St Paul’s Cathedral. During the Civil War, parliament seized church property and so the building came under threat. Sheaf saved the day by using his family connections: his brother Edward was the parliamentary surveyor of confiscated church properties and he allowed the physicians to keep their home. The College also placed lots of property in Thomas Sheaf’s name to guarantee its safety through his family’s close connection to Oliver Cromwell.

As my research continues, I am looking forward to discovering more about unknown physicians and their effect on the Civil War.