Artist and filmmaker Annis Joslin was commissioned to create a film to accompany the RCP exhibition ‘This bewitching poison’: alcohol and the Royal College of Physicians. In this week’s blog post she talks about the process of creating her film ‘One too many’.

In April 2013 guest curator Caroline Fisher approached me to discuss making a film for an exhibition at the RCP exploring the history of alcohol and the RCP’s views on alcohol in society. It sounded like my kind of thing and fitted in well with the films I’ve been making over the last few years for different arts or education organisations – exploring territory that was new to me or that I hadn’t given a lot of thought to before – subjects like Arthur Conan Doyle, culture in Portsmouth, or women’s magazines, for example. These films had been largely documentary in approach but were created through the filter of my video art and performance background. So when Caroline said she wanted a film that looked like a documentary but was more of an artist’s film I knew we were on the same track.

I met with Caroline and RCP museum curator Emma Shepley to discuss ideas and talk about expectations – both theirs and mine. We were all clear I wasn’t making a promotional film for RCP but that the film would need to work alongside the RCP's current policy statements on alcohol. I wanted to explore and interrogate the subject from all angles – this is the way I work – starting with a broad exploration then focus down. I don’t start with a story board, treatment or script – I’m led by the research and by any filming that happens, the people I meet, the conversations I have (whether through formal interview, ‘vox pop’ style or chance encounter), as well as the visual material I start to create and gather – and out of all this and mainly through the process of experimenting in the edit a film begins to emerge. The RCP's library was a rich resource – I was able to immerse myself in the subject matter and the building itself (what an amazing place to work). I spent several days reading 17th and 18th century recipes and remedies, for example (though this barely scratches the surface of what the library had to offer), gathering images and ideas in the process.

An early interview with Professor Sir Ian Gilmore gave me a clear idea of the message the RCP wanted to promote and I gained insight into the wider relationships between alcohol and health. Canvassing opinion from others, including chance passers-by in Regent's Park (directly opposite RCP) and a wine maker in

West Sussex, further informed the film and a kind of conversation started to emerge as I began to play with the material in the edit. I began gathering other visual material – empty park benches, shelves of alcohol in supermarkets, advertising slogans/warnings, I took a camera out with me to the pub, rode my bike with a camera attached to the front through Saturday night city streets, poured different alcoholic drinks into glasses, visited the winery at various points to film different stages of wine production etc. I also made use of Middlesex University Archive of Historic Advertising, a fantastic archive of imagery. Jane Hartzig – the liaison manager there for art & design, and media & performing arts – was incredibly open and helpful. 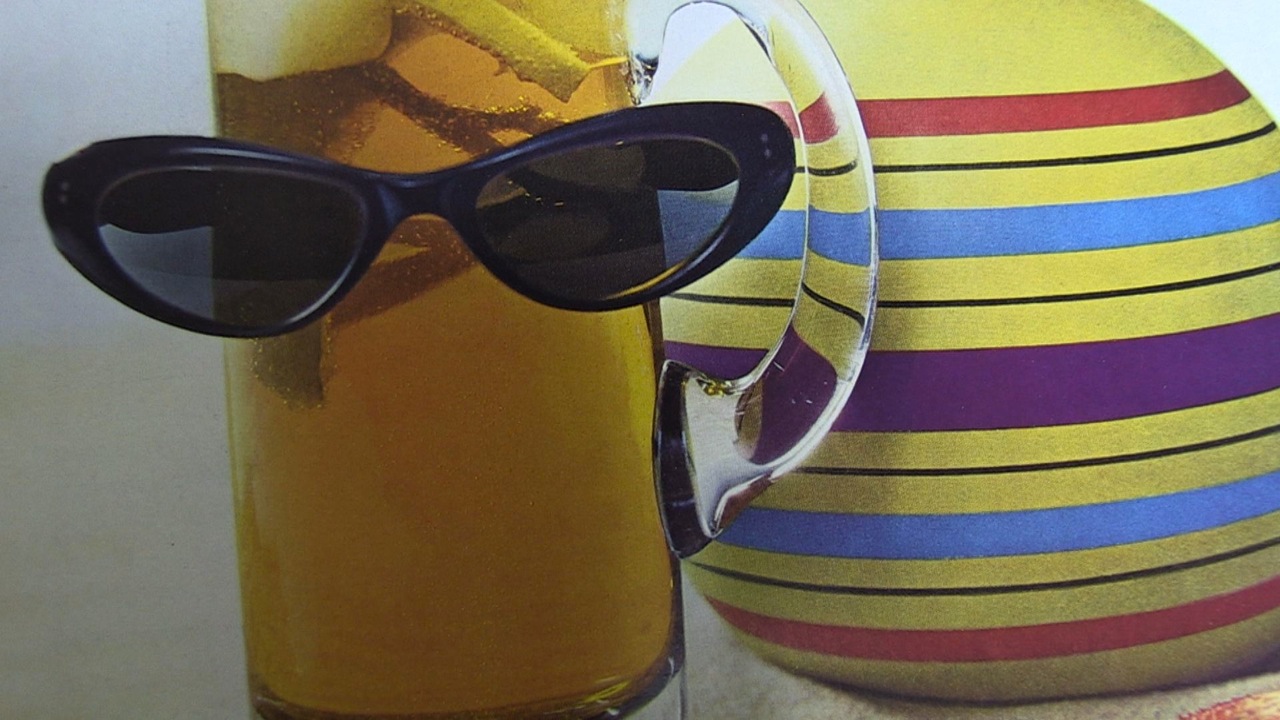 At this stage I was envisaging a filmic collage with many varied voices. But then I met Carol. Her story was so compelling that I knew I had to make it the central thread. A personal story is much more persuasive and engaging than statistics about recommended alcohol consumption – however much material I’d gathered and however much time I’d spent collecting it. Now the film really started to take shape. I wanted Carol to be the only face we saw, so we stayed with her story even when we broke away from her to hear other thoughts.

I wanted to make a film that didn’t necessarily take a particular stance, but one which might prompt the viewer to question and reflect on their own relationship to alcohol. Certainly through the process of making the film I have done just that (I consciously drink wine less in front of my daughter now for example) and have been surprised by how many people I know who know someone close to them whose life has been affected by alcohol misuse.

The exhibition 'This bewitching poison': alcohol and the Royal College of Physicians ran from 13 January - 28 July 2014.