Skip to main content
Introduction of Western Medicine into Northern Sri Lanka: From Massachusetts to Manipay

This South Asian Heritage Month 2021, we welcome guest blogger Professor Nadarajah Sreeharan as he explores the Introduction of Western medicine into Northern Sri Lanka in the 19th century: from Massachusetts to Manipay. 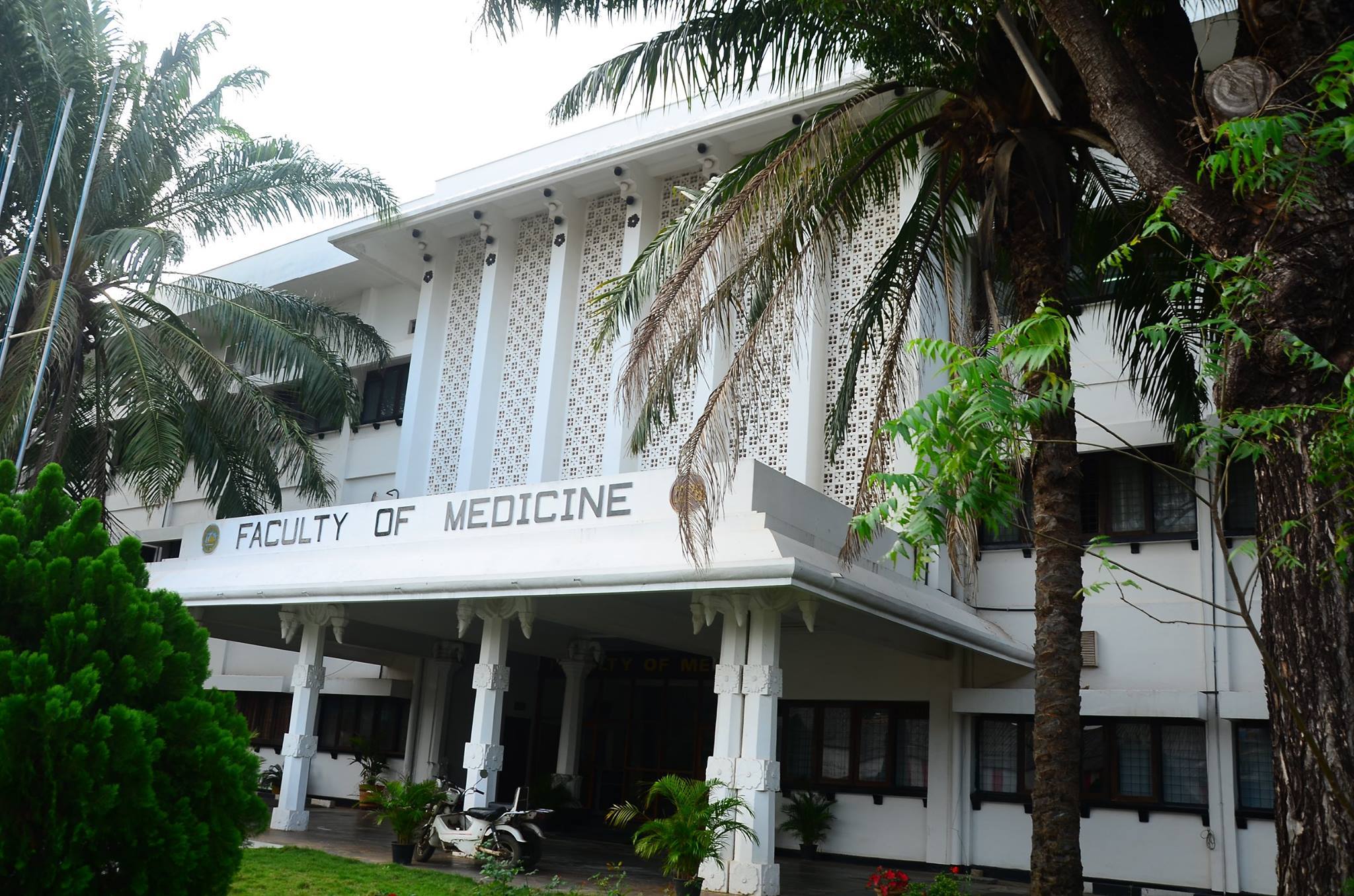 The Jaffna Medical Faculty, established in 1978 (Figure 1) is one of nine medical schools in Sri Lanka. The Colombo Medical Faculty (est. 1870) is widely considered the first western medical school in Sri Lanka and the second one in Southern Asia, after the Calcutta Medical College, India (est. 1835). However, five decades before the establishment of the Colombo Medical Faculty, a group of Missionaries from Boston, Massachusetts introduced western medicine into Northern Sri Lanka. They established a medical school and a hospital in Manipay, a small village 10 km from Jaffna which had considerable impact on the future development of western medicine in the northern region as well as in the wider island nation (Figure 2)

It is important to note that, unlike the story in Northern Sri Lanka, Western medicine was introduced into India primarily by medical officers of the British East India Company which heralded the beginnings of the British Empire in India and led to the establishment of the Calcutta Medical College.

Reverend Dr John Scudder (JS) is often described as the first medical missionary to introduce western medicine in South Asia. JS arrived in Northern Sri Lanka in December 1819 and established a dispensary at Pandatherippu, a small village near Jaffna the following year catering to the many healthcare needs of the population. JS left Jaffna in 1836 and moved to southern India, becoming the first American medical missionary in India. He was followed by many members of the Scudder family, culminating in the founding of the internationally renowned Vellore Christian Medical College in Southern India by his granddaughter, Ida Scudder.

Dr.Samuel Fisk Green (SG), who followed JS and arrived in Jaffna in 1847, is credited for the transformation of medical education in the region. Initially, SG set up a small dispensary   (Figure 3) which evolved over the years into the Green Memorial Hospital, Manipay which is functional even today (Figure 4). Although he performed many major operations, there is no mention of the use of anaesthesia in any of the written records. It is perhaps unlikely that a compassionate medical missionary would have operated without some form of pain relief. One could speculate as to whether a physician with knowledge of the first use of ether as an anesthetic in Boston, October 1846 and departing the area in April 1847, could have used at least some modification of ether in Northern Sri Lanka; making it possibly a landmark event outside the western world. 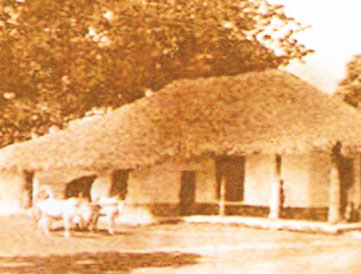 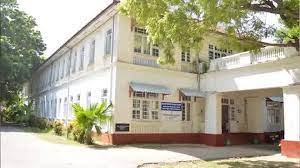 The pioneering aspect of SG in medical education and the training of medical graduates arose from his vision of “populating the province with well-educated physicians” and he went onto establish the Mission Medical School with only a handful of students, giving instructions in English. The medical curriculum of the course lasted 3 years akin to those of the British and American Universities of the time. The pioneering group of students from the initial 2 years (Figure 5)  were possibly the first ever students of Western medical education, not only in Sri Lanka, but also possibly in Southern Asia. This specific photograph records only the English sounding names of these students, interestingly dressed in what was the indigenous attire of the time (from left to right: S.Miller, N.Parker, J.H.Town, C.Mead, Joshua Danforth & A.C.Hall). However, documents show that the 5th batch of graduates had both their indigenous, though somewhat anglicized, names as well as additional English Christian aliases, thought to be adopted from their American sponsors and also reflecting their conversion to Christianity: Names from this batch include Karttekasar (alias M.Hitchcock), Ethernayakam (alias C.T.Mills), Swaminather (alias S.W.Nathaniel), Kanakadattinam (alias L.S. Strong) and Vaittilingam (alias D.W.Chapman). 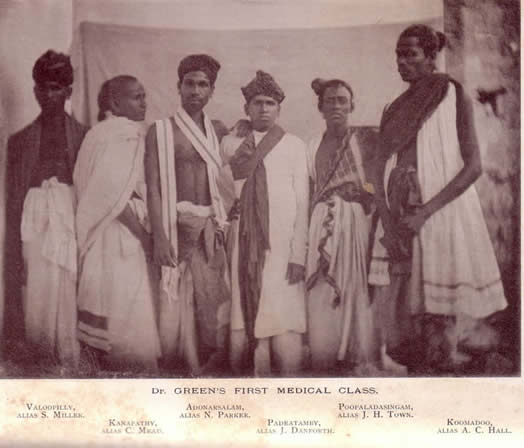 SG attempted to make the school more attractive to the indigenous population and expanded the intake by mastering Tamil, the language of the local population, and went onto write the entire curriculum in Tamil. He then proceeded to translate, with some assistance from his former students, many western medical books into Tamil; books such as Cutler’s Anatomy, Physiology & Hygiene, Physician’s Vade Mecum or The Principles and Practice of Physic by Hooper, Dalton’s Human Physiology and many more.  During his 26 year stay in Jaffna, SG trained close to 100 medical practitioners.

The passion of SG as a medical educator and his love for his adopted country is seen in an excerpt of the Letter that he sent to his sister Mary dated February 6th, 1851. It is fair to say that many of his words will resonate well with the practice of evidence based medicine of today.

. . I have a good class of students coming on. I hope to have my doctors stationed through the country, well-read, practical men. I hope they will feel bound to do what they can to promote medical practice on true principles. I hope to rout the superstitious practice of the native doctors; or at least to begin that rout, in the belief that over many generations it will be completed. I want in my day to give an impulse to change for the better in all things medical in the land; to be a reformer in my department here, to practise, to write, to teach, to encourage truth in medical men...

His original intention of training medical practitioners to provide healthcare to the local population was not sustained, as the demand for these well trained graduates increased and many obtained employments in the state sector of Sri Lanka whilst some even sought employment in overseas countries such as India & Malaysia. This provides an early glimpse of the market forces of “supply and demand” for well qualified healthcare practitioners that have accelerated and expanded over the last two centuries across the globe, leaving behind some of the poorer regions and economies with under resourced healthcare systems.

Although SG left Jaffna in 1873, vowing to return, he never did so due to failing health and died at his home in Massachusetts on the 28th of May 1884. His gravestone has the simple words, in keeping with his wishes: “Medical evangelist to the Tamils.” The service of Dr Samuel Green to medical education in Jaffna, Sri Lanka and indeed Southern Asia was recognised by the Sri Lankan government through a commemorative postage stamp on the 150-year celebration of the Green Memorial Hospital, Manipay.

Following the departures of JS and SG, a period of relative waning followed for about 20 years. Two initiatives were responsible for the revival of activities and a second wave of transformation in the region. Firstly, the establishment of the William F Pierce Nursing School in Manipay by some of the spouses of the missionary doctors who served at the Green Hospital. This was an era where medicine was male dominated and nursing remained the profession of women. The exact date of the establishment of the school is unclear but appears to be either in late 1890s or early 1900s, which is at least 70 years before the current State Nursing School was opened in Jaffna.  The credit for this initiative is ascribed to a Canadian, Dr Mrs. Mary Scott, wife of the physician Dr Scott, who worked at Green Hospital for a few years from 1893. Mrs. Scott initially trained as a nurse but then moved onto train in medicine. She probably would have been among the first female doctors in the country. Her foresight also exemplifies the positive functional integration of medicine and nursing in the delivery of healthcare.

The second development was the establishment of the McLeod Hospital at Inuvil, 4 km from Manipay. This effort was due to the foresight of two sisters from the American Mission, Mary & Margaret Leitch who had been in Jaffna since 1880 and felt the need for a separate hospital for women. They felt that women were being disadvantaged with regards to access to healthcare, driven by the conservative societal environment of the day. The hospital, named after the main sponsors Rev & Mrs Mcleod, served primarily as a hospital for women and children.

The integrated delivery of healthcare by the medical missionaries were noted with the close relationship between the leadership teams of the Green Memorial Hospital in Manipay and the McLeod Hospital in Inuvil. This was primarily due to the contributions of the Scotts, who functioned not only as joint directors of the Manipay Hospital and but also as advisory consultants to the Inuvil Hospital. They were assisted by Dr Isabella Curr, a pioneering Obstetrician from Scotland, who arrived in Jaffna in January 1896 and worked closely with the American Mission. She not only developed the training of nurses but also contributed immensely to the development of the McLeod Hospital for women and children. An interesting  glimpse of “medical recruitment” of the time could be seen in the letter from Mary Leitch published in the Journal of the American Medical Association (JAMA), Nov 1897 where she seeks a medical associate with an additional interest in Nursing to work alongside Dr Curr.

Dr Curr remained in Northern Sri Lanka until 1939 (a dedicated service of over four decades) and was affectionately called “Curr Amma” (Amma being the Tamil word for mother). Based on the compassion and care of her work, Isabella Curr is esteemed by some as the “Mother Teresa” of Northern Sri Lanka.

The Teaching Hospital of the Jaffna Medical Faculty (Figure 6) also owes its existence to SG who, at the request of the then British Government, established the Friend-in-Need Society Hospital, which developed over the years into the main Provincial Hospital and attaining the status of a University Teaching Hospital in 1980. It is important to note that from 1850 to 1907, the medical staff of the Friend-in-Need Society Hospital were drawn entirely from the graduates of Dr. Green’s medical school in Manipay. The Jaffna Medical Faculty honored the contribution of SG in 1980 by establishing the “Samuel Green Memorial Prize” awarded for the student with the best performance in the final examination over three consecutive years. 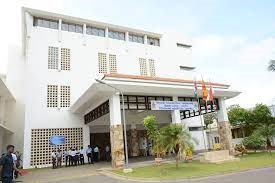 The Royal Colleges of the United Kingdom have played a prominent role, particularly in early to mid-20th century, in developing both undergraduate and postgraduate medical education in Sri Lanka. Sri Lanka today has a recognized Post Graduate Institute of Medicine overseeing all aspects of post graduate training in the country.

One of the authors of this blog (NS) had the privilege of being the Foundation of Professor of Medicine at the Jaffna Medical Faculty, establishing the University Medical Professorial Unit at the Jaffna Teaching Hospital in 1980. Both authors will welcome additional documents, photographs, and information on the early development of western medicine in Northern Sri Lanka