Skip to main content
‘I ain’t broke, you don’t need to fix me’ – Jamie Beddard

How do we interpret the past – and how far can we make judgements on historic representations using today’s sensibilities? A group of rare portrait prints of disabled people from the 17th to the 19th centuries formed the basis of the RCP’s Re-framing disability exhibition in 2011. Focus groups of disabled people asked to explore the images were the driving force behind the exhibition. They looked at the range of situations, poses and activities within them, and came up with contemporary responses and interpretations of the motivations of the portrait sitters at the time.

Some of the images are undeniably exploitative or provocative to modern eyes. Henry Blacker, ‘the British giant’, is looking at the viewer from amongst an audience of average height, emphasising his difference; James Poro is shown in a formal presentation, with his fine shirt and jacket open to reveal his ‘parasitic’ twin, the latter of whom has long braided hair. It can, of course, be argued that the sitters here are complicit in any exploitation as they are understandably monetising the point of difference that would probably have prohibited their participation in ‘normal’ work. For them, the portraits may have acted as promotional pieces – advertisements for their displays to audiences.

They’ve said, “Well I’m disabled, I’m going to make a living out of it”…. We’re all here as disabled artists or disabled businessmen, and actually we’re just artists and businessmen – but we have to tack the word “disabled” on because we’re not allowed to enter into the mainstream as much as we’d like. 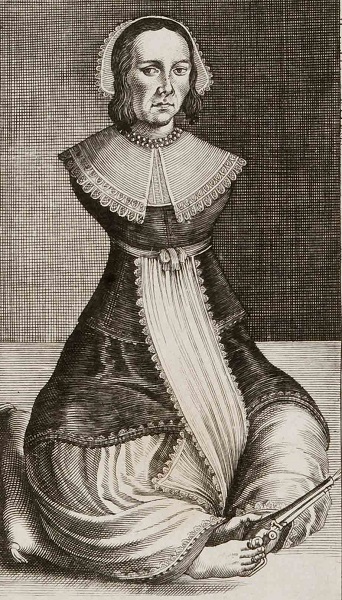 Others, however, had no say in their depiction. A boy born ‘double-bodied’ in 1857 was given away by his parents for display at the Anatomical and Pathological Museum of Dr Joseph Kahn. Charging the public to view his live exhibits, the controversial Kahn did at least contest the theory that frights to, or misdeeds of, mothers directly led to malformations of the fetus, and the disabled people who constituted exhibits in his museum.

There are, however, self-empowering images amongst the collection. One such was Matthew Buchinger, a man born without hands or feet, and an accomplished artist. His self-portrait, when aged 50 in 1724, has such intricate detail that his generously curled wig is actually composed of the Lord’s prayer and a number of psalms. Although he would show off his various accomplishments (including as musician and dancer) to a paying audience, this self-portrait shows a dignified countenance and the discreet texts are a subtle demonstration of the artistic ability that enabled him to sell his work professionally.

[Buchinger] did a job which was within [the] performing arts, so of course people were looking at him, but I think a lot of his emphasis was on the actual talent of drawing and not on being a curiosity or a disabled person.

I don’t define myself by my disability, that’s for others.

It seems likely that some of the portrait subjects were aware of the dichotomy of showing their independence and talents and that of pragmatically displaying their ‘difference’. Magdalena Rudolfs Thuinbuj is presented in a total of 22 poses. Born without arms, the various scenes (dated 1651) show Magdalena using her feet to carry out tasks as diverse as breast-feeding a baby and firing a pistol. It would have satisfied public curiosity, but also shows that she was fully active in domestic life and – a little confrontationally – that she was capable of dealing with firearms.

The exhibition won the Ability Media International award for Visual Arts, 2011, and subsequently enjoyed success touring across Britain and Ireland. A new format is now available to borrow, free of charge – please contact us if you would be interested in hosting it.

The exhibition Re-framing disability: portraits from the Royal College of Physicians is available to be taken on tour to other venues.