This small painting, a depiction of the Swiss geologist and meteorologist Jean-André de Luc (1727–1817), is an unlikely portrait to find in the RCP museum collection. De Luc was not a physician, but he was a fellow of the Royal Society at the same time as famed surgeon and anatomist John Hunter (1728–1793) and would have moved in the same circles.

Like many wealthy men of the time De Luc dabbled in many pursuits – business, politics and diplomatic missions. He balanced this with a keen interest in geology, leading scientific investigations in the Alps and in the UK. De Luc is also known for inventing and improving scientific instruments, mainly ones for measuring such as his portable barometer, which was useful for geological expeditions. He also gave the first correct rules for measuring heights with a barometer and advocated the use of mercury, instead of alcohol, in thermometers.

De Luc is one of several sitters in the RCP portrait collection to have had an impact crater on the moon named after him because of significant contributions to scientific discovery and development.

In 1773 De Luc became reader to Queen Charlotte, wife of King George III, and held the position for 44 years. After his death, De Luc was praised for ‘the warmth of his feelings, and the habitual gentleness and urbanity of his manners’. 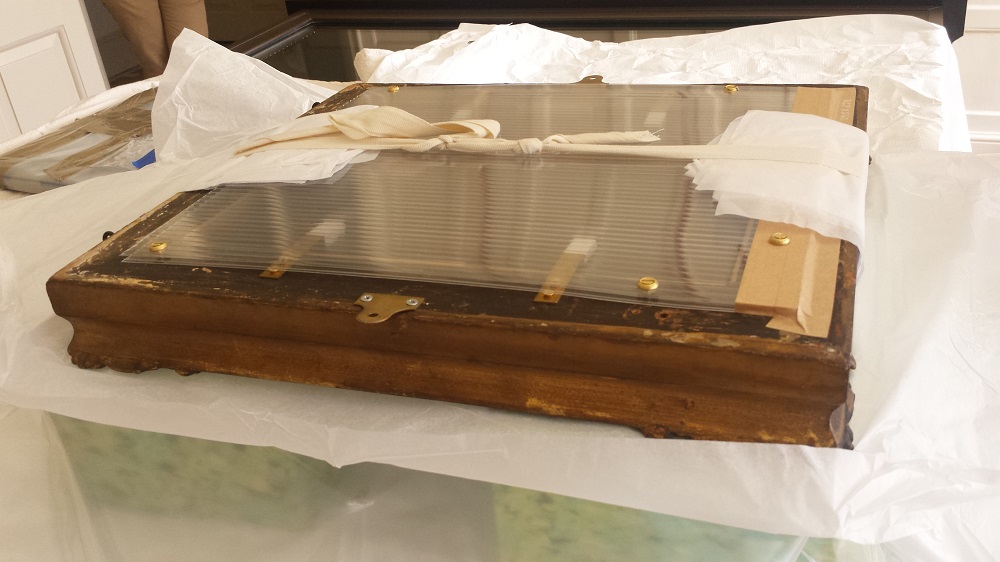 Packing the portrait up for transport 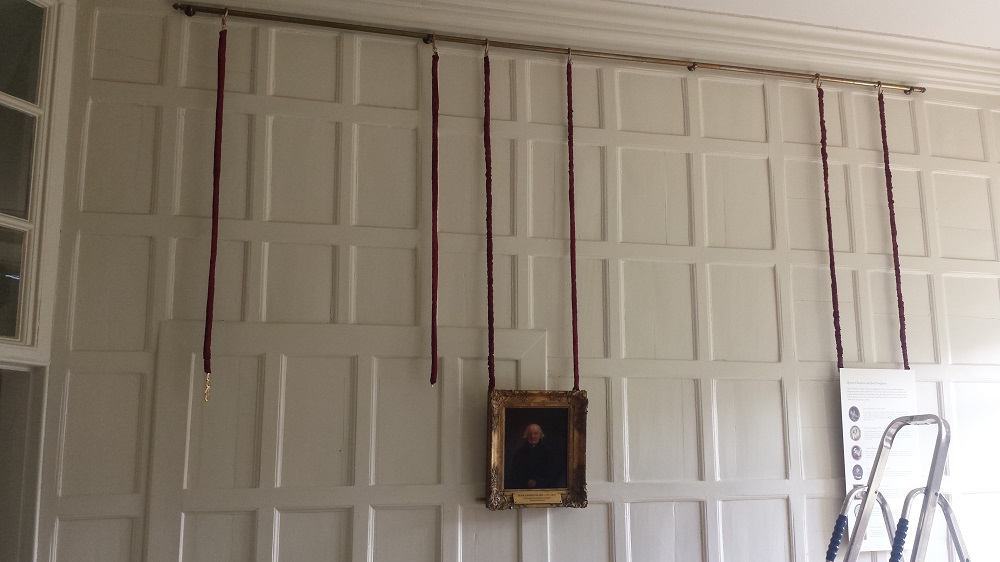 The portrait at Kew Palace

It has been a fantastic loan to work on because De Luc has not been displayed at the RCP for many years, if at all. I particularly like the painting because of the way he is holding his glasses – as if he has just taken them off to ponder a curious thought, almost smiling.

Curator Polly Putnam from Historical Royal Palaces, has a hunch that the painter might have been a miniature artist. She  is going to compare it with some miniatures at Kew Palace while it is on loan to see if we can learn more about the artist (currently unknown) – so we can look forward to more new discoveries.