The College of Physicians was temporarily homeless.

Fortunately for the college, intensive fundraising meant that after a mere nine years following the London fires, it was able to purchase a new, extravagant property in Warwick Lane. The new site was a status symbol for the college and strategically placed to demonstrate its wealth. The college was now calling itself the Royal College of Physicians of London, showing its loyalty to King Charles II following the restoration of the monarchy.

English architect, Robert Hooke, designed the new building which was structured around a central courtyard. The building had two wings that could be let out to tenants and a public gallery that was lined in Spanish oak panelling donated by Baldwin Hamey. Some of this panelling still remains in the Censor’s Room of the college’s present building.  An anatomy theatre, topped with an octagonal dome, was  also included as a last minute addition above the entrance, facing the street. 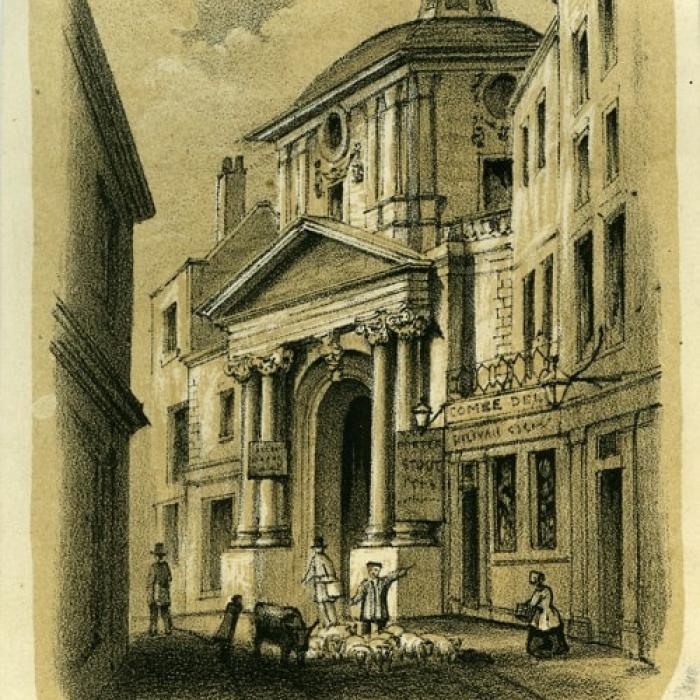 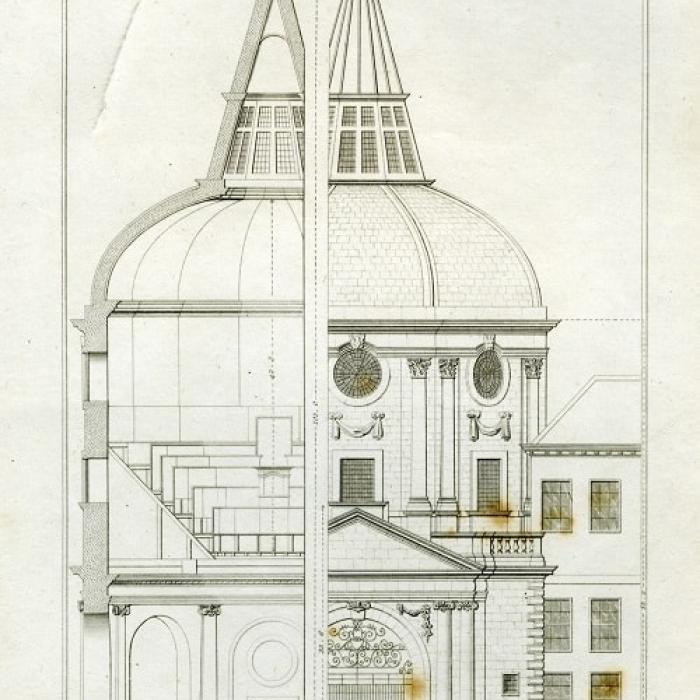 This flagship building quickly became a London landmark and a tourist attraction. Though, the library shelves remained bare until 1680, when Henry Pierrepont Marquis of Dorchester bequeathed his extensive library collection to the college. There was one condition to this generous gift. The college was to build a suitable library to house the new collection. As a result, in 1688 Sir Christopher Wren designed the building's new library space.

As time went on, the magnificence of the headquarters faded. The anatomical dissections were no longer being held in the theatre and the city was becoming less fashionable. By the 1800s the college was looking toward the west end for a new headquarters. The Warwick Lane building was later sold in 1825, becoming a foundry before eventually being demolished in the 1890s. 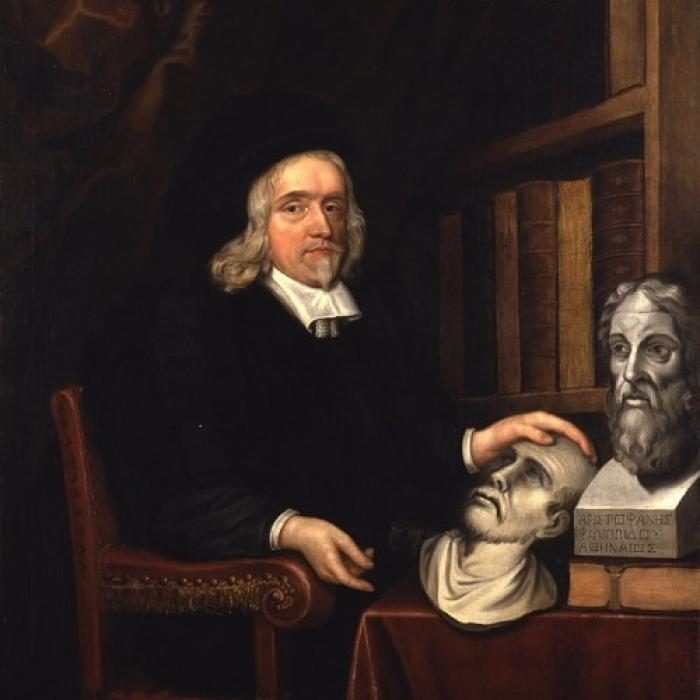 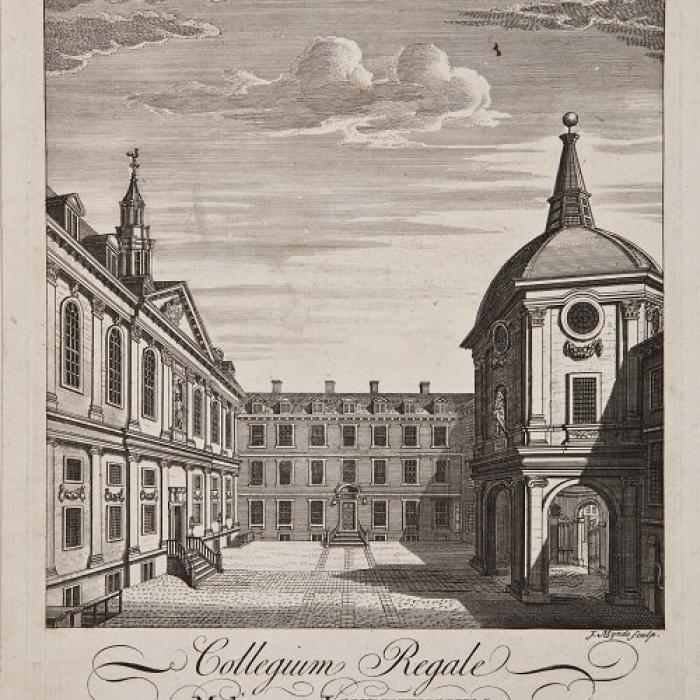 Colour illustration of Warwick Lane arches looking into the courtyard

Colour illustration of Warwick Lane arches looking into the courtyard 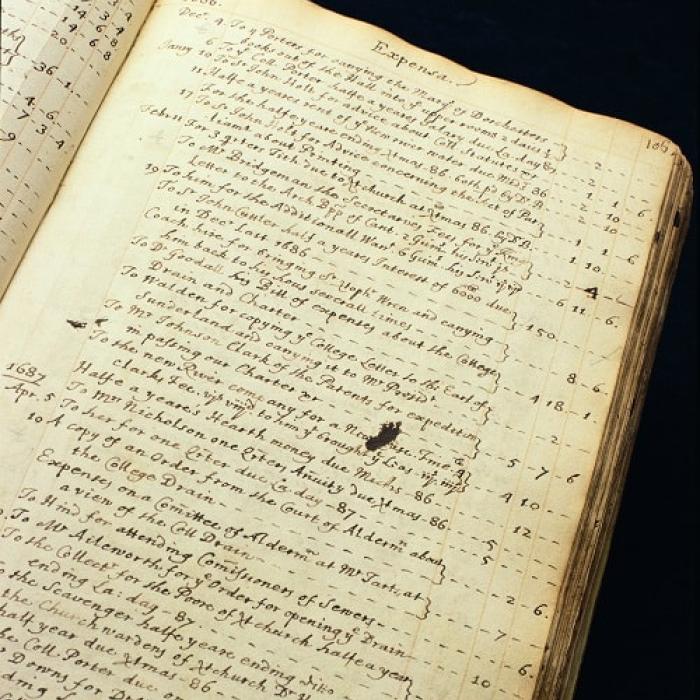 An account book from the RCP showing payment to Christopher Wren

An account book from the RCP showing payment to Christopher Wren

Robert Hooke was not an architect. He was a scientist. However, despite this, Hooke managed to build a remarkable, classical building for the physicians. Hooke was a natural philosopher whose contributions to mathematics, optics, architecture and astronomy made him one of the foremost scientists of the 1600s. Hooke was the curator of experiments at the Royal Society and professor of geometry at Gresham College. In 1665 he published Micrographia, the first bestselling book on popular science.

Less than a week after the Great Fire in 1666, Hooke submitted a plan to the Royal Society for rebuilding London, using a grid pattern to get rid of the twisty medieval roadways and congestion points. Although his grid plan wasn’t adopted, Hooke was appointed as one of three official surveyors approving the rebuilding of the city. He designed several of the new buildings, including the new headquarters for the college.

The Library of the building was designed by Sir Christopher Wren, an anatomist, astronomer, mathematician and physicist. Wren became the foremost English architect of the 1600s and notably designed and rebuilt many of the churches that burnt down after the Great Fire of London.

Preserving the history of the RCP’s homes: conserving stained glass

The RCP building houses a number of panels of stained glass, some of which have recently been the focus of a restoration project to improve their condition and display