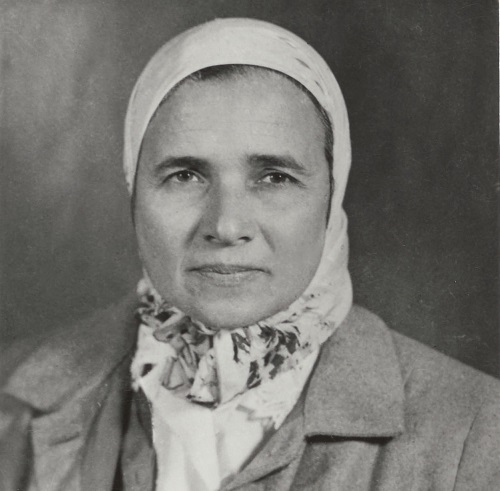 Zahira Hafez Abdin, an innovative and pioneering paediatrician and rheumatic heart specialist, was the first Egyptian woman to become a member and later a Fellow of the College. She was born in Cairo, the daughter of Hafez Hussein Abdin, a lawyer. She attended Heliopolis Primary School and then the Princess Fawzia Secondary School. In 1936 she gained her baccalauréat, matriculating with the highest marks in the country. She went on to study medicine in Cairo. She held junior posts and in 1956 was appointed assistant professor at Cairo University. Ten years later, in 1966, she became a professor, and later chaired the department of paediatrics.

She pioneered the field of social pediatrics in the Middle East in the fifties, establishing a relentless and comprehensive campaign against rheumatic heart disease, at that time one of the leading causes of mortality among children in Egypt. She identified the streptococcal strain in question and conducted a systematic preventative and follow-up care programme through the country’s schools under the auspices of the Ministry of Health. Less than two decades later, the incidence of fatalities from rheumatic heart disease had dropped from 47 per cent to less than three per cent. The chair of social paediatrics was established in the Aburreesh Children's Hospital, Kasr al Aini, in recognition of her work.

During her career she set up many foundations and institutions, including the Free Pyramid Rheumatic Heart Center (1957) and its networks in schools of medicine throughout Egypt, and in 1975, the Child Health Institute in Dokki, Cairo, providing an integrated and comprehensive system of child care. In 1986 she set up the Dubai Medical College for Girls (DMCG). By the time the first cohort of students graduated in 1991, the DMCG had been recognised and accredited regionally and internationally. She also founded the Association of Egyptian Women Doctors and was editor of the first issues of its journal.

Her public outreach and philanthropy extended not just to poor and sick children, but also to widows and orphans, the lonely and elderly, and needy students. Her contribution to the betterment of society included a holistic concept of health and wellbeing that took her to the more general field of education. She established a chain of open-minded, culturally-rooted, Islamic language schools. And at the behest of the Ministry of Social Affairs, she presided over the Young Women's Muslim Association (Egypt’s equivalent of the YWCA) - coming to the rescue of an institution in crisis and leaving it soundly anchored, renewed and productive 20 years later.

She received many awards, both in her home country and internationally. In recognition of her administrative skills and institutional and social work, she was awarded the Republic’s Order of Merit of the First Degree. She was awarded the honorary title of ‘Mother of Egyptian Doctors’ by the First Lady in an official ceremony in 1990. In 1991 she was the first woman from outside Europe to receive the prestigious Norgall prize.

She married Mohammed Abdel Monem Abul Fadl, a professor, in 1943. They had four children, a son who is an engineer, and three daughters, two of whom have followed a career in medicine, the other is a professor of political science at Cairo University.

In 1992 she diagnosed her own breast cancer, stoically surviving the next ten years, punctuated by recurring visits to emergency rooms. She finally died of the disease. She was a remarkable woman who devoted her life to public service and professional excellence.