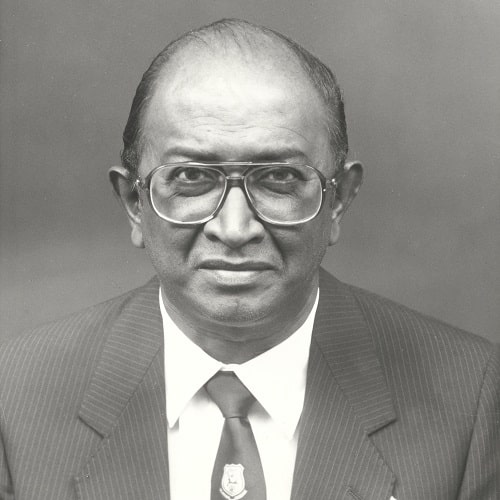 Theva Buell was an accomplished clinical cardiologist in Sri Lanka. He was born into a prestigious Christian family in Colombo. His father R O Buell was the general secretary of the YMCA for many years and the children were brought up in a Christian tradition. He had his primary and secondary education at St Thomas’ College. His uncle, E T Buell, was a missionary doctor in the Green Memorial Hospital in the north of the country. Perhaps this may have influenced him in the choice of a career. He entered the faculty of medicine, University of Ceylon and went on to complete his MB BS with honours in 1953.

He went to the States for his early training in cardiology on a Fulbright fellowship. After he completed his studies in America he left for the United Kingdom and worked at the National Heart Hospital, London. He returned to Sri Lanka in 1966 and, after serving a short period as resident physician at the cardiac investigation unit of the General Hospital, Colombo, he moved into the private sector. Soon he established himself as an eminent consultant cardiologist much sought after in Colombo, in particular by the diplomatic community. He was honoured by the United States Navy with a citation for outstanding services and the Order of the Falcon was bestowed on him by the Icelandic Government.

His special interests were cardiac defibrillation and the prevention of ischaemic heart disease. He read papers at national and international conferences. In 1977 he was awarded an academic exchange fellowship by the Federal Republic of Germany to do research at the German Heart Centre, Munich.

He was full of fun and his mischievous sparkle never dimmed. Tall, spare, aristocratic, with a gentle and courteous manner, Theva Buell was a wise counsellor and a delightful friend with a sense of humour that often saw the ridiculous side of human nature. Since his early days at medical school he was a leader in organizing social events. He was a dramatist and an actor, a propensity he carried happily all his life. A lover of light classical music, he enjoyed operas and was a regular at concerts. He married Chitrani in 1960 and they had two sons and a daughter.

He died suddenly and unexpectedly in Colombo.