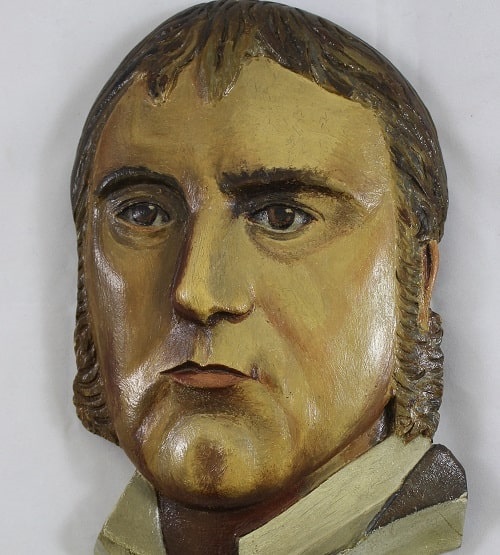 William Gull was born at Colchester, but spent most of his boyhood at Thorpe-le-Soken, Essex, where his father John Gull was a barge-owner and wharfinger. After his father’s early death, he owed much of his education to his mother and to a neighbouring rector, who introduced him to Benjamin Harrison, the treasurer of Guy’s Hospital. Thus, after a few years’ employment as an usher at a school in Bermondsey, he was easily persuaded to enter Guy’s as a student. He graduated in 1841, having won many distinctions in his examinations, and remained at the Hospital in various subordinate appointments. He lectured on natural philosophy from 1843 to 1847 and on physiology and comparative anatomy from 1846 to 1856 and was joint lecturer on medicine from the latter year till 1865. He was elected assistant physician on the honorary staff in 1851, physician seven years later, and consulting physician in 1871.

Meanwhile, he had achieved outstanding success in private practice, and when in 1871 the Prince of Wales fell gravely ill with typhoid fever he was invited by Jenner to assist in his treatment. The Prince’s recovery, due in no small measure to his devoted attention, made Gull a national figure. The Queen rewarded him with a baronetcy and appointed him Physician-Extraordinary in 1872; he became Physician-in-Ordinary in 1887. Gull was a prominent figure in medical and scientific circles throughout his career. He was Fullerian professor of physiology at the Royal Institution from 1847 to 1849 and was elected F.R.S. in 1869. He became a Censor of the Royal College of Physicians, where he delivered the Goulstonian Lectures in 1849 and the Harveian Oration in 1870, and was president of the Clinical Society from 1871 to 1872. He was a Crown member of the General Medical Council from 1871 to 1883 and again from 1886 to 1887.

Gull’s pre-eminence as a clinician, attested by the record proportions of his fortune, was achieved by a singular combination of unhurried thoroughness, flair for diagnosis, staying power and an interest in his patients that extended beyond their physical symptoms to hereditary and environmental factors. Further, he was a scientific physician in his own right. Although he never published a book, it has been said of him that " he discovered myxoedema . . . , he was the first to differentiate anorexia nervosa, he was a pioneer in diseases of the spinal cord, he described the results of thrombosis of the mesenteric artery and gave the earliest account of fatty diarrhoea associated with disease of the abdominal lymphatics ". And, in a drug-worshipping age, Gull was openly sceptical of the value of all but a very few drugs.

Gull’s qualities were not universally acknowledged. For, coupled with his greatness was an assertiveness of manner which, while it made him a masterful teacher and colourful orator, was liable to offend colleagues of his own standing who were not impressed by sweeping generalisations or epigrammatic wit but were riled by his airs of superiority and his carelessness in ignoring their part in joint consultations.

Gull married in 1848 a daughter of Colonel J. Dacre Lacey of Carlisle; of their several children, two survived him.