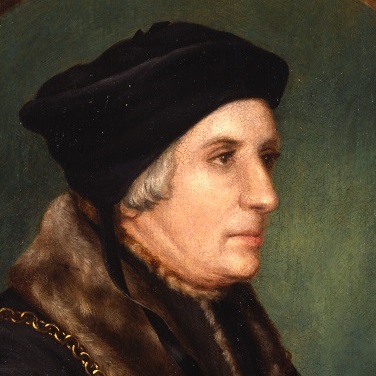 Sir William Butts [Sir William Butts. His signature to his will, Dec 1545 is Butt without the final s. Mr J. C. C. Smith’s notes], M.D., was educated at Gonville Hall, Cambridge, of which he became a Fellow. He proceeded B.A. 1506, M.A. 1509, and M.D. 1518. Wood tells us that in 1519 was “a supplicant made that William Betts, doctor of physic, of Cambridge, might be incorporated, but whether he was so or not I cannot find.” In 1524, he took a lease of St Mary’s hostel, Cambridge, so that he was probably the principal of that house. He was admitted a Fellow of the College of Physicians 9th November, 1529, “sed ea conditione admissus est ut juret in honorem, perpetuitatem et observationem Statutorum Collegii,” and, although high in the estimation of his colleagues, seems never to have filled any collegiate office.

He was physician to Henry VIII, whose confidence he enjoyed to a remarkable degree; and he seems to have been favourable to the Reformation. He was the friend of Wolsey, Cranmer, and Hugh Latimer, and the warm patron of Cheke and Thirlby. He was knighted by Henry VIII, under the title of Sir William Butts, of Norfolk, is immortalised by Shakespeare, in his play of Henry VIII, and his portrait is in Holbein’s picture of the delivery of the Charter to the Barber Surgeons. He had an extensive grant of abbey lands, 36 Henry VIII, and dying, 17th November, 1545, was buried in Fulham Church.

[A very fine portrait of Sir William Butts and another of his wife Diana Butts both of them by Holbein and both in excellent preservation and condition were exhibited to the College at the Comitia ? of the day after Palm Sunday (22 March) 1880. They had both exhibited at the Loan Exhibition of the Royal Academy of 1879-80. They are thought by Mr Richmond and other competent authorities to be the first of Holbein’s portraits in this country. They belong to Mr Poole Carew of St. Anthony Cornwall and it was at the suggestion of Dr. John Ogle ? that the owner permitted them to be left at the College for inspection by the Fellows – Holbein’s portrait has been copied by George Richmond – the distinguished Academician and presented by him to the College. It is in the Censor’s Room.]