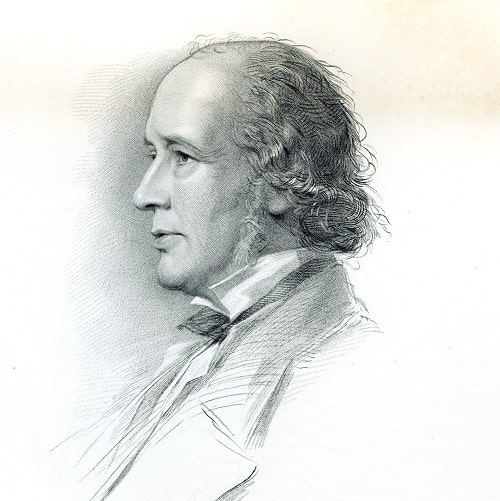 Henry Acland was born at Killerton, a younger son of Sir Thomas Acland, Bart, M.P., who came of a landed family long established in Devon. He was educated at Harrow and Christ Church, Oxford, his undergraduate years being handicapped by poor health. Having taken an indifferent degree in 1840, he proceeded to study medicine at St. George’s Hospital and Edinburgh, giving particular attention to the stethoscope and microscope. He was elected to an All Souls fellowship in 1842 and in 1846 accepted the post of Lee’s reader in anatomy at Christ Church and took his B.M. degree. Appointment as physician to the Radcliffe Infirmary followed in 1847, and henceforward Oxford was the scene of his distinguished career. In 1851 he was made Aldrichian professor of clinical medicine and Radcliffe librarian and in 1857 he resigned the Lee’s readership to begin a long tenure of the Regius chair of medicine.

Acland accomplished for Oxford what Paget and Humphry accomplished for the Cambridge Medical School. Supported by Liddell and Ruskin—friends of his undergraduate days—by Pusey, Dean Church, Dean Stanley and others, he won recognition for the teaching of natural science subjects at Oxford and founded the University Museum. He wanted medical students to have the full benefit of the wide culture afforded by the University, yet believed that their clinical training should take place in London, as hitherto. His reforms at the Radcliffe Infirmary included the introduction of modern instruments and the construction of new buildings. At the same time, he acquired a considerable private practice. He accompanied the Prince of Wales on a visit to America in 1860, and received numerous honours, public and academic, at home and abroad. He gave the Harveian Oration in 1867. He was chosen as Oxford’s first representative on the General Medical Council in 1858, and was the Council’s president from 1874 to 1887. He was created a baronet in 1890.

A man of strong religious conviction, Acland was nevertheless catholic in his tastes and broad-minded in his outlook, fond of a good story and acknowledging friends in every group of society —friends so diverse as George Richmond the painter, Florence Nightingale and Bartle Frere. His essential idealism was wedded to practical and diplomatic abilities of the highest order. His chief recreations were yachting and painting, and he spent several weeks of every summer at sea and in travel. He married in 1846 Sarah, daughter of William Cotton, F.R.S, by whom he had seven sons and one daughter. One of his sons was T. D. Acland, F.R.C.P. He died at Oxford.