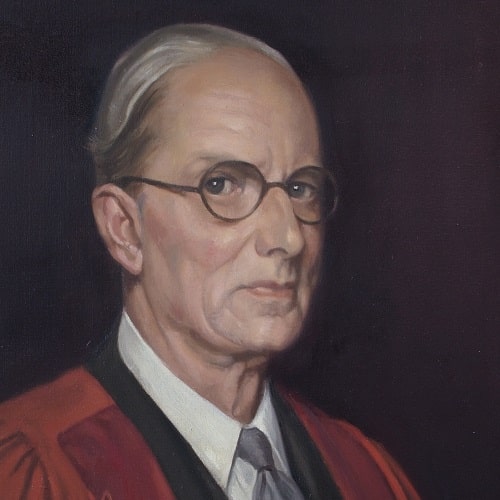 Harold Boldero was the elder son of John Boldero, a company director, of Norfolk House, St. John’s Wood, London, and Mark Cross, Sussex. His mother was Clara Arnison, of Penrith, Cumberland. From Charterhouse he went to Trinity College, Oxford, and then to the Middlesex Hospital. In 1911 he represented Oxford in the 440 yards, and while at the Middlesex Hospital played hockey for England at centre-half.

During World War I he was first a regimental medical officer and later a D.A.D.M.S., and was twice mentioned in dispatches; in World War II he was a sector officer in the Emergency Medical Service, and was able to keep the medical school of the Middlesex together in spite of damage to the hospital and the necessary evacuations of students.

House appointments at the hospital had brought an interest in paediatrics, which he studied at Great Ormond Street Hospital. In 1921 he joined the staff of the Evelina Hospital and in 1922 that of his parent hospital, where his administrative ability as dean from 1934 was shown in his collaboration with Lord Webb-Johnson in the establishment of the Courtauld research wards.

In 1941 he was appointed Treasurer of the College and in 1942 Registrar, holding the latter post until his death in 1960 and giving much shrewd advice in the setting up of the National Health Service and the consequent Joint Consultants Committee. He was a member of the senate of London University, chairman for several years of the Board of Advanced Studies, and a member of the North-West Metropolitan Regional Hospital Board, of the General Medical Council and of the Medical Protection Society, and for six years chairman of the Chartered Society of Physiotherapy.

His reserved manner hid a kindly interest in his fellow men, a wise judgment and a ready wit, usually gentle, but now and again rather caustic. In 1927 he married Margery, daughter of Arthur D. B. Dunn, founder and later headmaster of Ludgrove Preparatory School. Unfortunately she was gravely ill for some years before her tragic death in 1950, and this, together with the tragic death of their elder son in a shooting accident brought on a severe illness from which he recovered to apply himself with still greater vigour to the work he had always enjoyed.