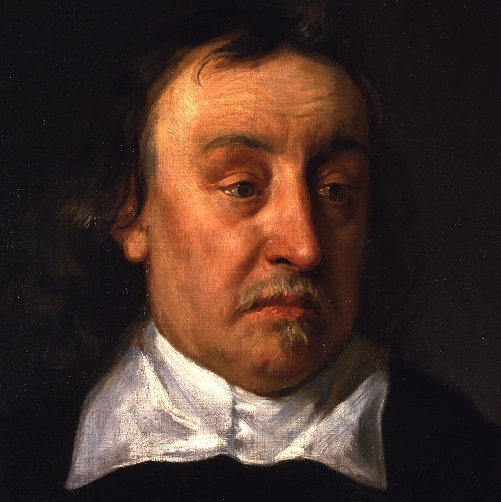 Sir Francis Prujean, M.D. – This distinguished physician was born in Essex, and educated at Caius college, Cambridge. He was matriculated a sizar of that house in April, 1610, proceeded M.B. 1617, and had a grace for M.D. in 1621, but was not admitted under it. In virtue of another grace he was admitted M.D. in 1625. Dr. Prujean was admitted a Licentiate of the College of Physicians 22nd December, 1621; a Candidate, 22nd December, 1622; and a Fellow the day after Palm Sunday, 1626.

Sir Francis Prujean was a man of elegant tastes, of varied and extensive acquirements, and was respected and trusted equally by the public as by his own profession. We are told by Pepys, “Diary, 24th October, 1643,” that he acquired great honour by his attendance on Catherine, the queen of Charles II, in a severe attack of spotted fever, and that her majesty’s recovery was universally ascribed to a cordial prescribed by him at a critical moment, “which in her despair did give her rest and brought her to some hopes of recovery.” Of his tastes and amusements we gain some insight from a passage in Evelyn’s Diary, 9th August, 1661: “I went to that famous physician, Sir Francis Prujean, who showed me his laboratory, his workhouse for turning, and other mechanics; also many excellent pictures, especially the Magdalen of Caracci, and some incomparable paysages done in distemper. He played to me likewise on the polythore, an instrument having something of the harp, lute, and theorbo, by none known in England, nor described by any author, nor used but by this skilful and learned doctor.” Reverting to our former authority, Pepys, we learn that Sir Francis’s second marriage, with a widow, (3) took place about a year only before his death, that “he died very rich, and had for the last year lived very handsomely, this lady bringing him to it. He was no great painstaker in person, yet died very rich, and, as Dr. Clarke says, was of very great judgement, but hath writ nothing to leave his name to prosperity.” Sir Francis Prujean’s portrait, probably by Streater, painted in 1662, is in the College. It was purchased in 1873 of Miss Prujean, a direct and it is believed the last surviving descendant of Sir Francis.

[Sir Francis Prujean was probably at heart at any rate in early life a Roman Catholic. In John Gees “Catalogue of such Popish Physicians in & about the City of London as the author with knoweth or by good information heareth of” anno 1624 we read “Mr Prugeon in silver street a candidate of the college. He put up his grace of late for Doctor in the University of Cambridge – but oath there to be taken doth slack his proceeding.” Vide Foleys Records of the English Province of the Society of Jesus. 800 Lond. Vol.I. 1877. p.683]
[Wm Prujean MD of the city of Lincoln ? 13 Oct 1650 to son Francis. Mr J C C Smith’s notes]
[Is he not the Guylhelmus Pruigroen. Anglus 28, M under date 12 Oct? 1631 – of the Album Studiosorum Acd Lugd Bat p.240?]
[No. WM]
[Probably a son of William Prugeon of Lincoln and a brother of Sir Francis]
[First wife – Margareta Legat – see DNB and Vis. of Essex (Harl Soc 1) (r.s.p.593)]
[Among the marriage licences granted at the Faculty Office of the Archbishop of Canterbury we read:
“1662-3 Feb 10 Sir Francis Prujean Kt of St Martin’s Ludgate Dr of Physic widower about 60 and the Hon. Dame Margaret Fleming of St. Martin in the Fields Midx, widow of 40 & upwards. She having been dangerously ill to marry in Westminster Abbey or in some convenient room in the house of Thomas Gonger DD one of the Prebends of ? in the Cloisters thereof” Harveian Society Vol.xxxiv p.77. He was married in Westminster Abbey.]
[Extract from Records at the British Museum. Prujean Square, Old Bailey, on the West Side, a few doors from Ludgate Hill, so named from the residence there of Sir Francis Prujean, an eminent physician, who was president of the college of physicians, 1650-1654.
In the latter year, when Harvey declined the office on account of age and infirmity, Prujean was on his advice chosen for the fifth time.]
[See ref. in Wiseman’s Chirurgicall treatises.]

[(1) Hamey, then Registrar of the College, records his services as follows: “Summatim, post factas ædes Collegii proprias: post extructam instructamque Bibliothecam: post auctum intereà ærarium: et post exactum in re medicâ moderandâ quinquennium, Magistratu cessit solenniter Dr Prujean Præses, Octob. 1, 1655”.
(2) In Sir Francis Prujean’s will, dated 23rd April, 1666, we read: “My body I leave to the earthe from whence it came, to bee interred in Hornchurch neere my late deceased wife, and to have a decent monument made for myself and late wife and sonne, Thomas Prujean, deceased, with such inscription as my worthy friend Dr. Hamey shall think fitt.”
(3) The Lady Margaret, daughter of Edward Lord Gorges, and relict of Sir Thomas Fleming. They were married at Westminster, 13th Feb. 1664-5. After the death of Sir Francis, she married Sir John Maynard, knt: serjeant-at-law.]

Related pages
A hole in the head
Browse Indexes Return to Results
We use cookies on this website. By using this site, you agree that we may store and access cookies on your device. Find out more.