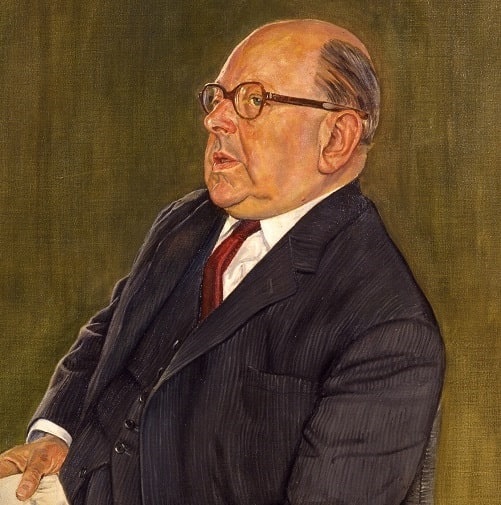 Edward Charles Dodds was born in Liverpool, the only child of Ralph Edward Dodds and Jane, the daughter of Charles Pack of London. The family shortly moved to Leeds and then to Darlington where Charles spent his childhood years, but when there was a further move to Chesham, Bucks, he continued his education at Harrow County School. From there he entered the Middlesex Hospital Medical School in 1916, spent one year in the army from July 1917, and qualified MRCS, LRCP in 1921. He was an outstanding scholar and before qualification showed his interest and ability in the laboratory side of medicine, particularly chemistry, in which he developed a reputation for his teaching ability.

At the age of 25 he was appointed to the new Chair of Biochemistry in the University of London which was started in the Bland Sutton Institute of Pathology at the Middlesex. His great opportunity came when, some three years later, he was appointed Director of the recently completed Courtauld Institute of Biochemistry, and he retained these two appointments until his retirement from the active staff forty years later. By devoted hard work, a shrewd appreciation of promising lines of research and an ability to select and encourage younger workers, he brought the Institute to a position of outstanding eminence in this developing subject.

Charles Dodds had a facility for attracting the attention and support of people of influence in many fields of science and industry, and he was able to develop and expand the Institute, adding new and allied interests, some of which seemed a little distant from classical biochemistry. His own research covered many aspects of endocrinology. It was prolific and of sustained high quality, perhaps the greatest achievement being the discovery and synthesis, in association with Wilfrid Lawson, of stilboestrol. His scientific interests were wide and varied. Since the early days in the Bland Sutton Institute he had a continuing interest in the problem of cancer and of research into its causation, and much of the work of his Institute was devoted to this end. He was an authority on food and diet and also devoted time and energy to the problems of rheumatism. He provided facilities and gave advice and encouragement to younger colleagues in such work as immunopathology, steroid chemistry, cytochemistry and the work which led to the discovery of Aldosterone.

As his scientific reputation increased, so did national and international recognition. He was elected to Fellowship of the Royal Society and subsequently served as Vice-President. He was the recipient of honorary degrees from six universities and of many medals, prizes and lectureships not only at home but in European countries, in Australia and both North and South America. He was elected President of the 4th International Congress of Endocrinology and there were demands for his services in high office of such bodies as the Cancer Research Campaign, the Lister Institute, the Institute of Cancer Research, the Arthritis and Rheumatism Council and the Royal Society of Arts.

He was Chairman of a number of Government scientific committees, of the Ministry of Agriculture, Fisheries and Food, of DSIR, of the War Office, and was one of the first members of the Clinical Research Board of the Medical Research Council. He was a devoted member of the Board of the National Research Development Corporation.

Charles Dodds served the Royal College of Physicians for some years as Harveian Librarian and then in 1962 received its supreme honour, being elected President, the first to hold the office who was laboratory based and not engaged in clinical practice. His reign at the College came at a difficult and anxious time with the occupation of the new College and a widening of its interests. To it he brought his inevitable facility for attracting the interest and support of influential friends and generous donors, and he did a great service towards the stabilization of the finances of the College, his most notable contribution being the foundation of "The Friends of the College".

He was made MVO for his services during the illness of King George V. He was knighted in 1954 and received a baronetcy during his term of office as President.

He had a clarity of vision and wideness of outlook which was always apparent throughout his whole professional life. He knew which projects to pick out and which young men to support, and he gave them their head but kept a critical eye on performance. He was generous, not only in support of any project that he thought to be sound but also in his private life.

Dodds liked to live well and to entertain his many friends, and his extensive knowledge of good food, and especially of good wine, was widely recognized. He was particularly happy as the "Father" of the Court of the Society of Apothecaries where he served two terms as Master and for 23 years as custodian of the cellar.

Despite his prominence and his involvement in affairs of medicine and the State, he retained an innate shyness which sometimes initially made him seem unapproachable. It was a real handicap to him in his performance as a public speaker but belied the true warmth of his interest and affection.

The outstanding characteristics throughout the life of Charles Dodds were his devotion to certain causes and his loyalty. He had staunch and lasting friendships with an extraordinarily large number of people with many varying interests. He had unwavering devotion to the Middlesex Hospital and Medical School and served this institution throughout his whole life from the age of 16. The Royal College of Physicians had its own particular appeal to his loyalties and he was intensely proud of the part that he was called to play in its Councils. The cause of cancer research was a dominating scientific interest since his undergraduate days, and the affairs of the National Research Development Corporation were of great importance in his later years.

In 1923 he married Constance Jordan of Darlington whose death in 1969 left him desolate; they had one son who succeeded to his title and who married Marion, daughter of Sir Daniel Davies, FRCP (q.v.)

Related pages
A typical president?
Browse Indexes Return to Results
We use cookies on this website. By using this site, you agree that we may store and access cookies on your device. Find out more.