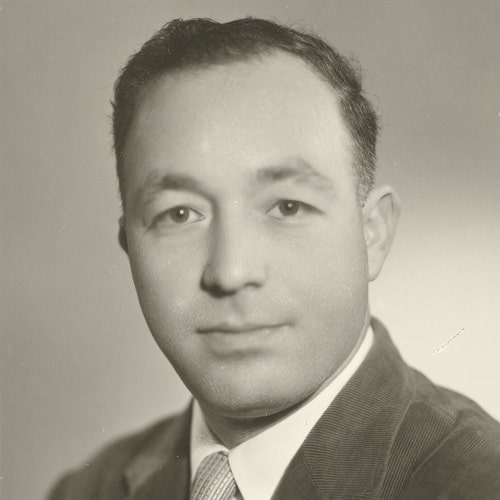 Salem Al-Damluji was a leading academic physician in Iraq. Originally from Mosul, the largest city in northern Iraq, he studied medicine in Baghdad, where he won prizes for being the most distinguished student in the second, fourth and sixth years of his training. As the top graduating student in his year he was awarded the King of Iraq and the Lord Mayor of Baghdad medals.

Following his residency at the Royal Teaching Hospital, Baghdad, he worked for his MD. His thesis was on the treatment of heavy metal poisoning with dimercaprol. He was then awarded a scholarship, which he used to study internal medicine and respiratory diseases in New York and in Atlanta, Georgia.

Upon his return to Baghdad in 1953, he was engaged in medical education and became a leader in respiratory medicine. He wrote many articles and a book on tuberculosis.

He was appointed vice chairman of the high national board on the control of tuberculosis in the ministry of health, and was elected president of the executive committee of the eastern Mediterranean region of the International Union Against Tuberculosis and Respiratory Diseases (1972 to 1980). He chaired two regional conferences of that Union, which were held in Baghdad in 1968 and in 1979.

He was the founding president of the Iraqi Cardiothoracic Society. His contributions also included topics in internal medicine, particularly studies on patients exposed to methyl mercury poisoning. He and his colleagues showed by long term follow up that the clinical features were partially reversible in patients who survived the initial catastrophic effects of poisoning.

From 1971 to 1975 he was chairman of the department of medicine at the University of Baghdad. With the cooperation of the College, he established courses to prepare postgraduate doctors for the MRCP examination. He was granted the fellowship of the College, in recognition of his contribution to medical education in his country. He was the overseas adviser for the College in Iraq, and subsequently for the United Arab Emirates, to which he moved in 1980. He was a consultant physician in the ministry of health in Abu Dhabi and he represented the UAE at the Arab Board for Specialisation in Internal Medicine, of which he was the first chairman (1981 to 1983).

In 1951 he married Laman Amin-Zaki who became a leading Iraqi paediatrician and chairman of the department of paediatrics at the University of Baghdad. They had three children. Their home on the Tigris was a meeting place of artists, musicians and intellectuals. He was a cultured man from a vanished era in Iraq.