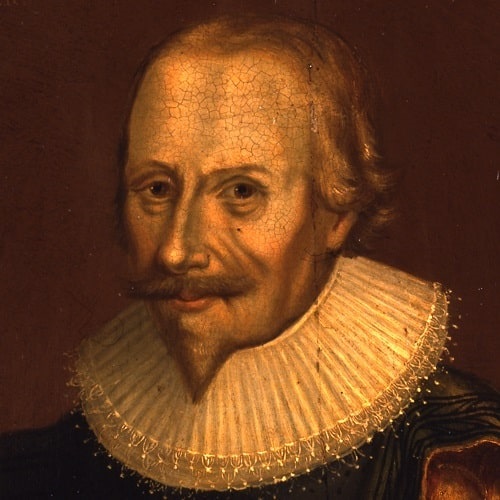 Robert Fludd, or, as he styled himself in Latin, Robertus de Fluctibus, was the second son of Sir Thomas Fludd, treasurer of war to queen Elizabeth, and was born in 1574 at Milgate, in the parish of Bearsted, Kent. He was entered at St John's college, Oxford, in 1591, and, having taken the degrees in arts, AB 3rd February, 1596-7, AM 8th July, 1598, applied himself to medicine, and spent almost six years in travelling through the principal countries of Europe. It was probably during these peregrinations that he imbibed a taste for the Rosicrucian philosophy, of which he was ever after a most strenuous supporter, and indeed almost the only one who became eminent for it in this kingdom.

On his return to England, he accumulated his degrees in physic, proceeding MD as a member of Christchurch 16th May, 1605. He came before the College of Physicians for examination in the early part of 1606. His second examination, 7th February, 1605-6, does not appear to have been altogether satisfactory to the Censors, as is evident from the following memorandum :- "Secundo examinatur, atque etiamsi plenè examinationibus non satisfaceret, tamen judicio omnium visus est non indoctus, permissus est itaque illi medicinam facere." With a large share of egotism and assurance, a strong leaning to chemistry, a contempt of Galenical medicine, and let us hope a sincere belief in the doctrines of the Rosie cross, absurd as these are represented to have been, he seems to have startled the Censors by his answers within the College, no less than by his conduct out of it, and was for some time in constant warfare with the collegiate authorities, and an object of deserved suspicion to his seniors in the profession.

"Dr. Fludd (says Aiken) was a very voluminous writer in his sect, diving into the furthest profundities and most mysterious obscurities of the Rosie-cross, and blending in a most extraordinary manner divinity, chemistry, natural philosophy, and metaphysics. Such a vein of warm enthusiasm runs through his works that we may readily suppose him to have been a believer in the mystical jargon of his system. He is said to have used a kind of sublime unintelligible cant to his patients, which, by inspiring them with greater faith in his skill, might in some cases contribute to their cure. There is no doubt, at least, that it would assist his reputation, and accordingly we find that he was eminent in his medical capacity. His philosophy, however, whether owing to the dawning of a more enlightened period in this island, or a less natural taste for such abstruse speculations in his countrymen, was received with less applause at home than abroad. The celebrated Gassendus had a controversy with him, which shows at least that he was not considered an insignificant writer.

As the Rosicrucian sect is now entirely extinct, I shall not trouble the reader with the long list of his works given by Wood. They were mostly written in Latin, and the largest of them, entitled Nexus utriusque Cosmi, has some extremely singular points in it which are only to be understood by a second-sighted adept (1). Dr Fludd died at his house in Coleman-street, London, 8th September, 1637, whence, attended by an officer or herald of arms, his body was conveyed for burial to his native place, Bearsted, Kent.

And on the flagstone covering his remains:-
"In Jesu qui mihi omnia in vita resurgam.
Under this stone resteth ye body of Ro-
bert Fludd Doctor of Phisicke who chan-
ged this transitory life for an immortal
the viii day of September AD MDCXXXVII
being LXIII yeares of age, whose monument
is erected in this chancell according
to the form by him prescribed."

There is extant a portrait of Dr Fludd, engraved by Cooper.