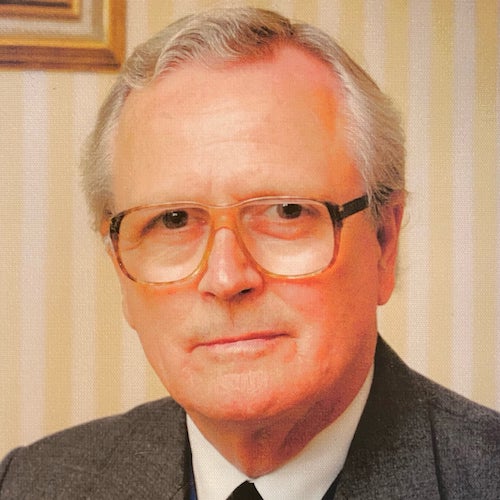 Peter Harold Adams was professor of medicine and head of the department of medicine at Manchester Royal Infirmary, University of Manchester. Born at home in Penarth, Glamorgan, the son of Alfred Henry Adams, a fishmonger, and Hannah Adams née Macdonald, it came as a complete surprise to his mother when a twin sister, Patricia, was born shortly afterwards. He won a scholarship to Penarth Grammar School and then a second to study medicine at what was then the Welsh National School of Medicine in Cardiff. He qualified in 1957 with a distinction in surgery. His medical interests were mainly in bone and mineral metabolism and he built an internationally-recognised group at the University of Manchester responsible for major advances, particularly in the area of vitamin D metabolism. He was elected as a fellow of the Royal College of Physicians in 1975.

His professional career was spent in Cardiff, Cambridge, Rochester (Minnesota) and Manchester. Initial clinical training in Cardiff from 1957 culminated in his appointment as a registrar in medicine at the Royal Infirmary in 1960. He was then appointed as a medical registrar at Addenbrooke’s Hospital, Cambridge in 1963. In 1965, he left to work in the sections of orthopedic research and endocrinology and metabolism at the Mayo Clinic, University of Minnesota, USA. Although only lasting 13 months, this period was one Peter described as an ‘unforgettable experience’. He greatly enjoyed living in America and working at the Clinic, particularly because of the opportunity it afforded him to conduct research on a full-time basis. Following this, he spent a year as a senior research fellow in medicine in the academic medical unit at Cardiff under the direction of Harold Scarborough. It was during this time that he became interested in calcium and electrolyte metabolism, research areas which would become the focus of much of his academic work.

He left Cardiff in 1966 to work with the Medical Research Council at Cambridge University within the Dunn nutrition laboratory. As a member of Darwin College for five years he worked alongside Elsie Widdowson and Robert McCance. Under the supervision of Widdowson, he was awarded his PhD in 1972 on the topic of calorie and protein deficiencies and their effect on the growth and development of bone. Whilst completing his PhD in Cambridge, he was an honorary senior registrar and later consultant physician working with Theo Chalmers at Addenbrooke’s Hospital. Under Chalmer’s influence, Peter was encouraged to delve further into medical research whilst also learning the highest standards of clinical care. Peter regarded Chalmers as ‘outstanding in every way’ and working with him had a lasting impact.

Peter loved everything Cambridge had to offer and the time he spent there was a period of great happiness. He relished being in such an academically stimulating environment but also made lifelong friends. He retained a strong sense of affinity for his alma mater Darwin College and returned there regularly for reunions. It was during his time in Cambridge that Peter met his wife, Judith Elizabeth (‘Judy’) Adams (née Lockyer), who was working as a junior doctor at Addenbrooke’s Hospital. They had shared passions for opera, gardening and travel and went on to enjoy a happy and successful 45-year marriage. After marrying in 1972, they moved to Manchester to pursue their medical careers and to start a family.

Nationally, he was an adviser for the Department of Health and the Home Office and was a member of council at the Royal College of Physicians. He was widely regarded as a patient and skilful teacher, and was an external examiner at numerous medical schools throughout the United Kingdom. He was president of the Manchester Medical Society from 1993 to 1994. He authored more than 70 reviewed papers and edited the eighth and ninth editions of Hunter’s diseases of occupations (London, Edward Arnold, 1994; London, Arnold, 1999).

Peter was highly respected as a clinician. Michael Davies, a close colleague in Manchester for over 20 years described him as ‘an excellent teacher’ and ‘the best clinician I have worked with’. He encouraged his students to adopt a similar bedside manner to his own and his constructive criticism of research ideas was highly valued by junior colleagues. Davies added that ‘…his history taking in out-patients always started with a social and family history and he had a wonderful ability to untangle the problems of patients presenting with physical symptoms related to emotional problems in their lives. He made patients feel at ease whilst unloading their anxieties. This ability in his history-taking avoided unnecessary investigations which only compound the problems in patients whose physical symptoms were of a psychological nature.’ Stephen Moss, a colleague in Cambridge and Peter’s best man echoed this in his eulogy for Peter: ‘His approach as a clinician was always to see the person with an illness rather than simply as the illness in a person. He was a master at the understanding of human suffering and the influence of the soul in the health of his patients.’

Having taken retirement in 1993, Peter enjoyed watching his sons Charles and James play sport and regularly visited Old Trafford to support Lancashire County Cricket Club. He was also able to spend more time indulging in his passion for reading, particularly on the topics of British and world history. He continued to use his expertise as a member of the Pension Appeal Tribunals, serving as medical chairman from 2000 to 2001. He loved gardening and often travelled overseas with Judy as she examined and lectured around the world. He was a lifelong support to her and a patient, generous and loving father to his sons.

He spent his last years in relative ill health but still found joy in spending time with his grandchildren, Robyn, Evan and Lola. He died just eight days after his devoted wife Judith. A fourth grandchild, Neave, was born in February 2018.