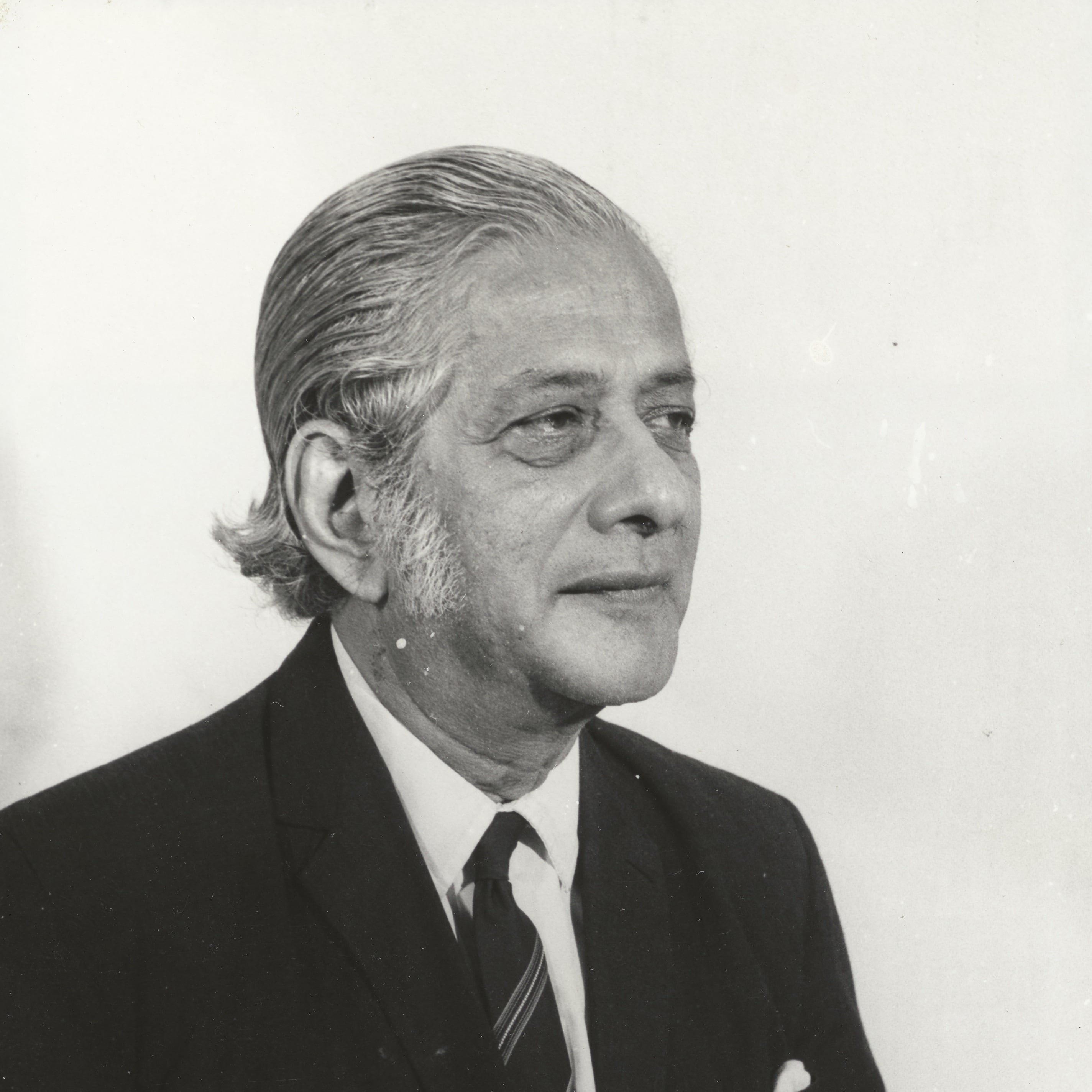 Percival Cholmondeley Chalmers de Silva was born in Colombo, Sri Lanka. He was the son of William Henry de Silva, a pioneer eye surgeon who was responsible for establishing ophthalmology as a specialty in Sri Lanka. ‘CC de Silva’, as he later came to be known, lost his father at the early age of four years and was therefore deprived of paternal guidance in his pursuit of a medical career. However, his mother, who was the daughter of Sir Henry de Soysa, one of Sri Lanka’s best known philanthropists, discharged her responsibilities with much credit to herself.

CC de Silva had his early education in a fashionable girls’ school in Colombo, which refused to have him any longer when he reached the objectionable age of 10 years. He moved on to St Thomas’ College, Mount Lavinia. Having decided on a medical career, he entered Ceylon Medical College in 1923 but left soon afterwards to pursue his studies in England. He first entered University College London and then Kings College Hospital.

After qualifying, gaining his MD and his membership of the College, he returned to Sri Lanka in 1931 and set up in general practice, an unusual step for a young physician to take at that time. He was attracted to paediatrics early in his career. When the first chair of paediatrics was created at the University of Ceylon, they acted wisely in selecting him for it; CC de Silva set about upgrading the teaching of paediatrics both at undergraduate and postgraduate level. The status that this specialty enjoys in Sri Lanka today is in no small measure due to his efforts.

His post at the Lady Ridgeway Hospital for Children gave him much scope to conduct original research on many aspects of paediatrics in Sri Lanka. His work stamped him as an authority on tropical paediatrics, especially kwashiorkor and avitaminosis. He was invited to many conferences abroad, some of which he chaired.

In 1931 he had married Irene, daughter of Sir Henry de Mel and sister of the Rev Lakdasa de Mel, Bishop of Calcutta and Metropolitan of India, Burma, Pakistan and Sri Lanka. They had a son and a daughter.

De Silva had an inspiring personality which was evident in any gathering of people. He spoke English with a distinctive drawl, which in later years became more pronounced. He was a hard task master to his students and to colleagues on his staff, but even his rebukes were draped in such charming language that no one could possibly take offence. His concern for his small patients was always uppermost in his mind. It was a well known practice of his to telephone his house physicians in the dead of night to enquire about the condition of a patient - somewhat to their irritation. When he retired in 1966 his staff demonstrated their regard for him by presenting him with a congratulatory volume to which many eminent paediatricians had contributed. The University recognized his service by appointing him emeritus professor and conferring on him an honorary DSc.

For CC de Silva retirement did not spell retreat into inactivity. He was involved more than ever in various social organizations devoted to family planning, tuberculosis, nutrition and the deaf and the blind, in all of which he played a leading role.

In the evening of his life, when ill health had impaired his physical faculties, he continued to attend important academic meetings. Much of his later years were devoted to writing his memoirs. It must have given him the utmost joy when the first copy of his Life as I lived it was shown to him just before his death.