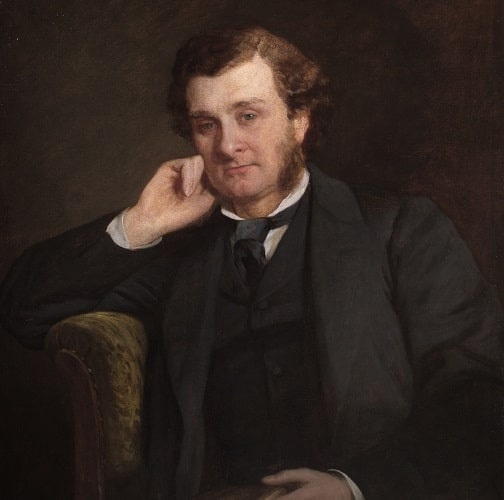 Lionel Beale was born in London, the son of Lionel John Beale, surgeon, and his wife, Frances Smith, daughter of James Frost Sheppard. He was educated at King’s College School and, at the early age of thirteen, apprenticed to a surgeon in Islington. In 1847, having matriculated at London University with honours in chemistry and zoology, he worked for two years as anatomical assistant to Henry Acland at Oxford. He then returned to London, qualified as a doctor in 1851 and became resident physician for a year at King’s College Hospital. In 1852 he established a laboratory of his own, where he taught microscopy and physiology, and in the following year was appointed professor of physiology at King’s College, in preference to T. H. Huxley who was also a candidate for the post. He was only twenty-nine when he was made a Fellow of the Royal Society and thirty-one when he became a Fellow of the Royal College of Physicians and physician to King’s College Hospital. In 1869 he resigned his chair to become professor of pathological anatomy, and in 1876 he was appointed professor of medicine. At the Royal College of Physicians he was Baly Medallist in 1871 and Lumleian Lecturer in 1875, and subsequently held office as Curator of the Museum (1876-88) and Censor. He was also a Croonian Lecturer at the Royal Society in 1865. Of his many published works, two—How to Work with the Microscope (1861) and The Microscope in Medicine (1878)—became well known as textbooks.

Beale was a man of few but close friends, among whom were numbered Thring, Henry Acland and Bowman. In his last years, he spent much time in his garden at Weybridge. Although he was an exact and scrupulous scientist by temperament and training, Beale’s philosophical and biological views were strongly opposed to the wave of materialism that followed in the wake of Darwin and Huxley. He married in 1859 Frances, daughter of Rev. Peyton Blakiston, F.R.C.P, of Birmingham.