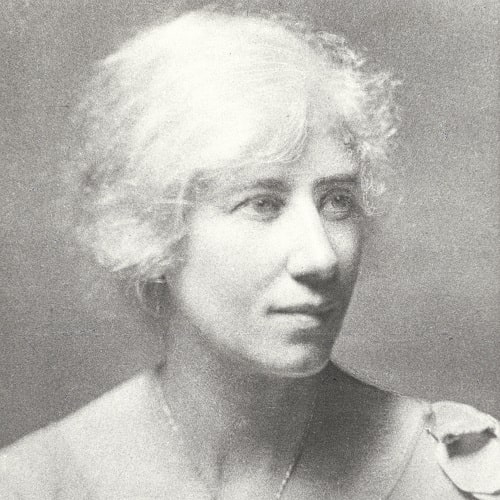 Julia Bell died peacefully shortly after her 100th birthday. She was one of the pioneers of human genetics and worked at University College, London, throughout her professional life.

She was educated at Nottingham Girls’ High School and Girton College, Cambridge, where she read mathematics. At that time a Cambridge degree was not open to women, and on the basis of postgraduate research at Cambridge on solar parallax she was awarded an MA by Trinity College, Dublin. From 1908 to 1914 she worked as Karl Pearson’s statistical assistant at University College, London. Pearson had become aware of a lack of medical expertise in the Galton Laboratory and persuaded her to take a medical degree.

She studied medicine at the London School of Medicine for Women, at the Royal Free Hospital, and qualified with the conjoint diploma in 1920. In 1926 she was made Galton research fellow under the Medical Research Council. She was elected FRCP in 1938, and won the Weldon medal and prize of Oxford University in 1941 for her contribution to biometric science.

Applied statistics and medicine formed the basis of the work for which she became famous: the collections of human pedigrees published under the general title of Treasury of Human Inheritance. This was the first systematic attempt to document the distribution of human disease within families, and so anxious was Karl Pearson that these pedigrees should be most scrupulously recorded that in his 1912 preface he promised that the Treasury… would contain ‘no reference to theoretical opinions’. In Julia Bell he found a fellow perfectionist with regard to the data, but by the 1920s a few mild opinions were obviously becoming acceptable.

Subsequently, Julia Bell wrote analytical articles which are among the classical papers on the subject. Perhaps the most notable are her 1940 paper on consanguinity rates and her 1937 paper, with JBS Haldane, on the linkage between the genes for colour-blindness and haemophilia. This was the first demonstration ‘that the principles of linkage which have been worked out for other animals also hold good for man’. At the age of 80 she contributed an original article to the BMJ on rubella in pregnancy.

She was on the staff of the Galton Laboratory until her official retirement after the age of 86. Although never Galton professor of human genetics herself, she outlived the first three, Pearson, Fisher and Penrose, and in her 90s was still sufficiently concerned with the Laboratory to remonstrate with the Galton professor when she felt it to be necessary. She was a supporter of the Women’s Suffrage Movement, but never a militant. She was something rarer; one of the first generation of women to engage in professional scientific research and to do it supremely well. She never married, but enjoyed the affection of nephews, nieces and many friends.