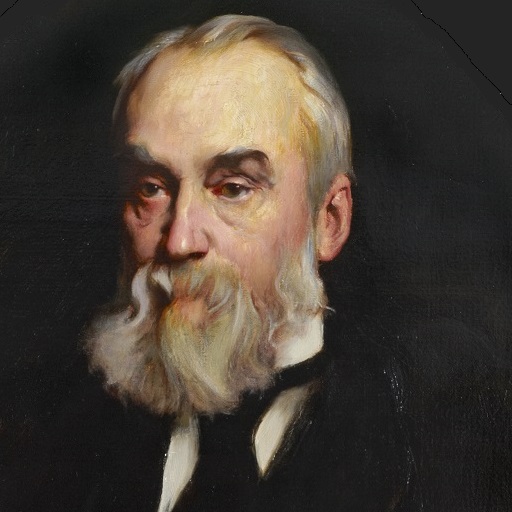 John Hughlings Jackson was born at Green Hammerton, near Knaresborough in Yorkshire, the youngest son of Samuel Jackson, a small landowner, and his wife whose maiden name was Hughlings. He was educated at Tadcaster and at Nailsworth, Gloucestershire. He was then apprenticed to a doctor in York, and attended the York Medical and Surgical School. From there he went to St. Bartholomew’s Hospital, where he qualified in 1856, after which he served in a house appointment at the York Dispensary. He returned to London and was appointed to the staff of the Metropolitan Free Hospital and lecturer on pathology at the London Hospital in 1859. He was also given early appointments at the Islington Hospital and Moorfields Eye Hospital. The great opportunity of his career, however, occurred with his election, in 1862, as assistant physician to the National Hospital for the Paralysed and Epileptic, where he became full physician five years later, and in 1863 as assistant physician and lecturer on physiology at the London Hospital, where he became physician in 1874. It was by his work at these two Hospitals, during the next thirty years, that Hughlings Jackson, out of a chaos of isolated and sometimes wild speculations and unrelated experiments, organised and laid the foundations of modern neurology and became himself, beyond challenge, the greatest living neurologist.

He was one of the first to recognise the possibilities of the ophthalmoscope and, in association with Stephen Mackenzie, to recommend it as part of every physician’s equipment. But he never performed an experiment, in the laboratory sense of the word. His theories, so many of which were afterwards abundantly confirmed, were based on the accurate and imaginative observation of living patients and post mortem examinations. In the words of Henry Head, he was "the greatest scientific clinician of the nineteenth century in this country". In a long series of papers, as well as in his Lumleian and Croonian Lectures, he shed light on every aspect of neurology. Long before any experimental proof was forthcoming, he had come to the conclusion that certain forms of epilepsy were due to localised cortical disorders in the cerebrum, and his name has been historically attached to these. His observations had also led him to differentiate in general terms the various functional levels in the nervous system, from the least specialized in the cerebellum to the highest and most specialized in the cerebrum. By inferences, for the most part amply confirmed in the work of his followers, he established both a history and geography, as it were, of the nervous system that led to a vast simplifying of the classification of nervous diseases and opened up many new vistas of research for others.

As a teacher and writer, Hughlings Jackson was perhaps a little lacking in the gifts of exposition. In spite of his world-wide fame, he never sought and, in a sense, never attained popularity. He was, by virtue of his own innate modesty and love of truth, always afraid that the memorable aphorism or the brilliant phrase might mask or over-crystallize what he wanted to say. But he was the inspirer, in one way or another, of almost every neurologist in every country. In ordinary life, he was serious, gentle and withdrawing. He had no children, but children had no fear of him. He took little interest in public or administrative affairs and none in athletics or outdoor pursuits. Although he wrote more than two hundred papers, he was at no pains to collect them and, although he received perhaps more academic honours than any man of his generation, he received none from the State, and perhaps none would have been suitable. He lived to be seventy-six and he died, as one of the most eminent neurologists put it, the beloved "father of English neurology".

Hughlings Jackson was a Censor of the Royal College of Physicians and delivered the Goulstonian Lectures in 1869, the Croonian in 1884 and the Lumleian in 1890. He was elected FRS in 1878. He married in 1865 his cousin, Elizabeth Dade Jackson.