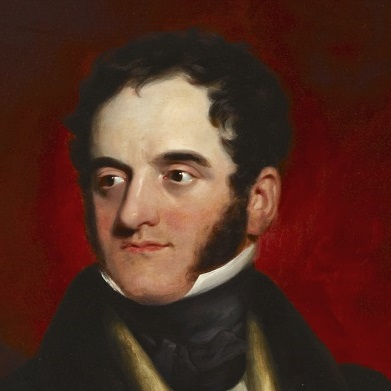 John Elliotson, M.D., was the eldest son of a respectable and wealthy druggist in the High-street of Southwark, and was born there 24th October, 1791. He was educated at a school of some repute in the neighbourhood, kept by a Mr. Dutrail, and then under a private tutor at home. In 1805, at an unusually early age he was sent to Edinburgh, where he remained for five years, and graduated doctor of medicine 24th June, 1810 (D.M.I. de lnflammatione). He then returned to London, was admitted a Licentiate of the College of Physicians 22nd December, 1810, and about that time entered himself at Jesus college, Cambridge.

He spent three years at Cambridge, where he worked indefatigably; his reading whilst there was extensive, but discursive rather than deep; and it was during this period, that he accumulated the large amount of curious information which he subsequently gave to the world in the "Notes" to his Human Physiology. He proceeded M.B. 1816, M.D. 4th July, 1821,was admitted a Candidate of the College of Physicians 1st October, 1821, and a Fellow 30th September, 1822. He was Censor in 1825, Consiliarius in 1836; he delivered the Gulstonian lectures of 1824, the Lumleian of 1829 and 1830, and the Harveian oration of 1846.

Dr. Elliotson was elected assistant physician to St. Thomas’s hospital in 1817. Having applied in vain for permission to deliver a course of lectures on forensic medicine there, he gave great offence to his colleagues and to the authorities of the hospital by lecturing on that subject at the adjacent private school of medicine in Webb-street. He was elected however, despite of much opposition, physician to St. Thomas’s hospital in 1823, and from the first took an active part in clinical teaching, and after a time was associated with Dr. Robert Williams in the lectures on the theory and practice of medicine. In 1832 he was appointed professor of medicine at University college (then called the University of London), and, on the opening of the hospital there in 1834, senior physician to it, when he resigned his office at St. Thomas’s.

For some years Dr. Elliotson commanded a larger class, both in the lecture room and in the wards, than had any previous teacher in London. His diagnosis of disease was accurate and minute, his teaching by the bedside impressive and effective. As a lecturer he was clear, precise, and painstaking. He never attempted to be oratorical or sensational, and at his best period was singularly free from speculative theories. As a clinical teacher he was in his time unrivalled. He did not lecture but taught, and always held that it was the duty of the hospital physician to refer to every case under his care, as no two cases were precisely alike, and that a disease might be better studied in a number of graphic sketches from nature than in the exhibition of one "composition," however elaborate or however complete.

He was gifted with singular powers of observation and was most laborious in his investigation of disease; but in that part of practice which he most sought to elevate, therapeutics, he was not so fortunate.(1) He accepted nothing on the ground of authority or antiquity, and rejected nothing merely because it was new; and he was ready at all times to sacrifice everything to what he believed to be truth. He was one of the first in this country to recognize and teach the value of the stethoscope, in the use of which he became a great proficient.

In 1837, when at the height of his reputation and success, Dr. Elliotson entered on the investigation and practice of mesmerism, not at his own house only, but in the wards of the College hospital The effects were disastrous to his position and peace of mind. Many of the circumstances attending his employment of mesmerism in the hospital were thought so objectionable by a majority of his medical colleagues there, that the council of the college, after a time, interposed, whereupon (December, 1838), Dr. Elliotson resenting, as he himself expressed it, any interference or dictation with his modes of practice, at once and indignantly resigned his professorship at the college, and his physicianship to the hospital. From this period is to be dated his rapid fall from the position he had achieved for himself among the foremost and most popular of London physicians and teachers. His career thenceforward was one mainly of opposition to his professional brethren.

Dr. Elliotson was an ardent phrenologist, the founder, and for many years the president and main support of the Phrenological society of London. Shortly after withdrawing from University college,he founded the London Mesmeric infirmary in Weymouth-street, and in 1844 established a monthly journal devoted to the advancement of his two favourite subjects, phrenology and mesmerism, "The Zoist, a Journal of Cerebral Physiology and Mesmerism, and their Application to Human Welfare," which ran to twelve volumes. His writings from this time, with few and unimportant exceptions, were devoted to mesmerism and phrenology. They are most of them querulous and aggressive in style, and did little credit to his head or heart. Fortunately, perhaps, they are entombed in the pages of the Zoist.

Dr. Elliotson continued to practise mesmerism and to give his services to the Mesmeric infirmary until his health and his affairs fell into disorder. He had embarked the whole of his means, which were considerable, in investments which ultimately proved to be worthless, and in the beginning of 1865 he had to break up his establishment, quit his house in Conduit-street, and withdraw to that of a friend in the neighbourhood, where he died 29th July, 1868, aged seventy-six. He was buried in the family vault at Kensal-green. Of Dr. Elliotson’s religious opinions I can say but little. A vein of scepticism and unbelief is to be traced in many of his writings, and especially in the "Notes" to his Physi-ology; but we are assured that "in his later years, amidst the buffetings of adversity, he found his greatest comfort in the solid consolations of Christianity. The Bible was then his constant companion, and he died in charity with all men."

Those who knew Dr. Elliotson the best, and watched him the most closely, were convinced that though culpably credulous in all that related to mesmerism, his motives were free from suspicion, and that he was honest and sincere in his belief in it. "He sacrificed to it a present of position, place, and power, such as any man might envy, and which must have been especially dear to a man of his temperament and endowments; and a future as bright and promising, to say the least, as that of any physician of his day. But he was completely enthralled by what he believed to be the true manifestations of the power of mesmerism. He saw before him a vista of discoveries in the hidden mysteries of nature and of life, and of triumph over disease, such as would make all past discoveries and researches pale their ineffectual lights, and with his wonted ardour, self-confidence, and self-assertion, he saw himself the apostle of the new science, and would not brook opposition or restraint.

With a like confidence and zeal he had made himself the teacher and prophet of phrenology as a great science, and if either phrenology or mesmerism had possessed the seeds of truth and vitality, he, if any one, could have fostered and forced them into growth and luxuriance. But where are they both now ?"(2) Dr. Elliotson’s portrait by Ramsay is in the college. It was presented by his only surviving relation, his sister, Miss Eliza Elliotson.

Dr. Elliotson was the author of—
Numerous Cases illustrative of the Efficacy of Hydrocyanic or Prussic Acid in Affections of the Stomach; with a Report upon its Powers in Pectoral and other Diseases, and some Facts respecting the Necessity of Varying the Doses of Medicines according to circumstances, and the Use of Opium in Diabetes. 8vo. Lond. 1820.
Introductory Lecture of a Course upon State Medicine. 8vo. Lond. 1821.
On the Recent Improvements in the Art of Distinguishing the Variolis Diseases of the Heart. Folio. Lond. 1830.
Address at the Opening of the Medical Session in the University of London, October 1, 1832. 8vo. Lond. 1832.
Letter to the Gentlemen who composed Dr. Elliotson’s Class of the Practice of Medicine in University College. 8vo. Lond. 1839.
Human Physiology: with which is incorporated much of the Elementary part of the Institutiones Physiologicæ of Blumenbach. 5th edit. 8vo. Lond. 1840.

His Lectures on Medicine which had been published in the London Medical Gazette appeared in one thick volume, 8vo., Lond., 1839, as
The Principles and Practice of Medicine by John Elliotson, M.D., Cantab., F.R.S., edited by N. Rogers, M.D., and Alexander Cooper Lee.