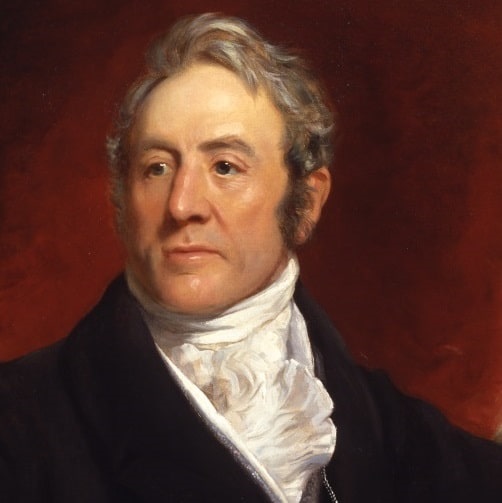 John Blackall, M.D., was the third in descent from Offspring Blackall, D.D., bishop of Exeter, who died in 1716. He was the sixth son of the Rev. Theophilus Blackall, a prebendary of Exeter cathedral, by his wife Elizabeth Ley, and was born in St. Paul’s-street, Exeter, 24th December, 1771. He was educated at the Exeter grammar school, whence he proceeded to Baliol college, Oxford, as a member of which he graduated A.B. 29th January, 1793; A.M. 3rd May, 1796; M.B. 4th May, 1797; and M.D. 2nd March, 1801. Immediately after taking his first degree in arts, he applied himself to the study of medicine at St. Bartholomew’s hospital, under Dr. John Latham. In 1797 Dr. Blackall settled in his native city, and on the 1st of June in that year was chosen physician to the Devon and Exeter hospital. He failed at that time in securing the professional confidence of his fellow-citizens, which was then engrossed by Dr. Hugh Downman, still remembered as a pleasing poet; Dr. Bartholomew Parr, a person of very extensive attainments, a good practical physician, and the author of the London Medical Dictionary, 3 vols. 4to; and Dr. George Daniell, who by the suavity of his address, and his marriage with a daughter of the house of Poltimore, had secured to himself a body of warm and influential supporters. In 1801 Dr. Blackall resigned his office at the hospital, and quitted Exeter for the neighbouring town of Totnes. There his merits were at once recognised, and met with a suitable return. He soon obtained the reputation of being the physician of the district, and laid the foundation for a personal and general confidence, which his subsequent change of residence did not destroy. In 1807, Dr. Blackall was persuaded, though not without difficulty, and after much hesitation, to return to Exeter, where a vacancy had occurred in the hospital by the resignation of Dr. Moore. In June, 1807, he was again elected physician to the Devon and Exeter hospital, and in 1812 was appointed physician to St. Thomas’s Lunatic asylum, near the city.

In 1813 Dr. Blackall published his well known and admirable Observations on the Nature and Cure of Dropsies. 8vo. Lond. This work, which ran through four editions, at once placed its author in the rank of the first physicians of his day, and acquired for him an European reputation. In it the whole history of dropsy, hitherto very imperfectly known in a practical point of view, was classified and arranged in groups, having reference to a single remarkable symptom, the presence or absence of albumen in the urine, then shown to be of the most vital significance.

Dr. Blackall was admitted a Candidate of the College of Physicians 22nd December, 1814, and a Fellow 22nd December, 1815. His progress from this period was rapid and uninterrupted, and the death of Dr. Daniell in 1822 left him without a rival in the western counties. For a long series of years his business was extensive and lucrative. It comprised not only Exeter and its immediate neighbourhood, but Devonshire and the adjoining counties whither he was often summoned in cases of emergency or obscurity. Dr. Blackall retained his mental and bodily energies through an unusually protracted period, and it was not until he had attained the age of eighty years that he relinquished the duties of private practice, and only a few years previously those attached to his public appointments. He died 10th January, 1860, at the advanced age of 88, and was followed to the grave (in the burial ground attached to the church of the Holy Trinity, Exeter) by a large body of relations and friends and the whole of the medical profession residing within the city.

"As a physician," writes Dr. Shapter,(1) from whose memoir of his friend the above particulars are condensed, "Dr. Blackall was truly learned. His information on medical matters, singularly extensive and accurate, had been qualified by a wide and varied research into many departments of human knowledge. His diagnostic powers were of the very highest order. Though it may be perhaps said that caution was one of the chief of his medical characteristics, yet this quality by no means prevented him from exercising a remarkable degree of boldness where experience or analogy justified such interference. Above all, as he was clear in his perception of disease, so was he simple in the character of his remedies; patient in waiting for results, far seeing, firm, and self-relying. Personally, he became identified with his patient. Feeling an almost sacred responsibility in the health of those entrusted to his care, his solicitude for them was constant, and no labour was thought too great, no investigation spared that would tend to add to their comfort and well-doing. As a consulting practitioner, it may be asserted that no physician ever more entirely won the esteem of his professional brethren. Those who sought his aid in that capacity ever felt and appreciated the advantages enjoyed from his co-operation; the assistance derived from the resources and instruction thus laid open to them; and the confidence and support afforded by his judgment and firmness." Dr. Blackall’s portrait by R. R. Reinagle, R.A., has been engraved by S. Cousins, A.R.A.