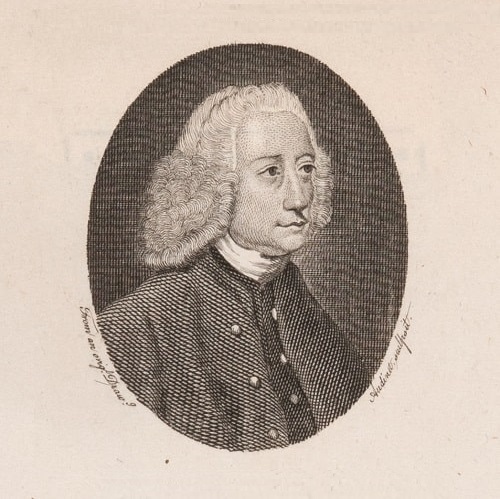 John Armstrong, M.D., was born at Bishop’s Wearmouth. 8th May, 1784, and was the only surviving son of George Armstrong, the superintendent of some glass works, by his wife Ann Robson, a woman of much sagacity and excellence, to whom her son through life was wont to express his deepest obligations. He was educated at Bishop’s Wearmouth under a Scotch clergyman, Mr. Mason, and at Edinburgh where he graduated doctor of medicine 24th June, 1807 (D.M.I. de Causis Morborum Hydropicorum). In the same year he settled in his native town, but in a short time removed to Sunderland, where he continued for some years. In January 1811 he was elected physician to the Sunderland dispensary.

Dr. Armstrong was already favourably known by his contributions to the Edinburgh Medical and Surgical Journal, when in 1814 he published his Facts and Observations relative to the Fever commonly called Puerperal, and two years later his Practical Illustrations of Typhus and other Febrile Diseases. 8vo. Lond. 1816. These works established his reputation as a keen observer and energetic practitioner. The work on typhus fever, we are told by one authority, "abounded in judicious reflections, refined distinctions and practical illustrations of the highest importance."(1) With a full reliance on his own powers and ambitious of a wider scope for their exercise than Sunderland presented, Dr. Armstrong determined to try his fortune in the metropolis. In October, 1817, he resigned his office at the Sunderland dispensary, and in the early part of 1818 settled in London. A short time after his arrival in town he published his Practical Illustrations of the Scarlet Fever, Measles, Pulmonary Consumption and Chronic Diseases, with remarks on Sulphureous Waters. 8vo. Lond. 1818. The work was noticed, and generally with approval, in various reviews, and had the effect of drawing attention to the author, and to the fact that he was resident in town. In 1819 Dr. Armstrong was appointed physician to the London Fever hospital. His progress from this time was uninterrupted, and ere long he was in the enjoyment of a considerable professional income.

Dr. Armstrong was admitted a Licentiate of the College of Physicians 26th June, 1820, and the following year began lecturing on the principles and practice of medicine at Mr. Grainger’s school in Webb-street. He soon attracted a large class, numbering at one period about one hundred and fifty hearers. For a short time he lectured also on the Materia Medica. In 1824 Dr. Armstrong resigned his office at the Fever hospital and devoted himself wholly to his business, which was steadily increasing, and to teaching. In 1826 he joined with Mr. Bennett in forming a school of medicine in Little Dean-street, and undertook the lectures on medicine, continuing to deliver his course on the same subject at Webb-street. These calls on his strength were more than he could bear; and in 1828 his health gave way, symptoms of pulmonary consumption declared themselves, and he died at his house in Russell-square 12th December, 1829, aged forty-five. He was buried in the church of St. George’s, Bloomsbury.

Of Dr. Armstrong’s merits as a physician it is difficult to form a just estimate. He came as a meteor on the medical horizon of London, dazzled for a time, and disappeared, leaving little of mark behind him. His character was an enigma, and his success in town a sur- prise to the more sober-minded of his contemporaries. The space at my disposal will not allow me to go into this subject, and it is the less necessary as it has been fully and ably discussed in the British and Foreign Medical Review,(2) to which I would refer those of my readers who desire fuller particulars (and they are instructive) of a physician regarding whose real character and objects opinions varied so widely as did those of his contemporaries concerning Dr. Armstrong.

"In person," writes his friend and biographer, Dr. Boott, " Dr. Armstrong was tall and thin. His manners were gentle and unpresuming, almost diffident in the presence of strangers, exclusively domestic and retired from the world, when the calls of duty did not require his intercourse with it. His nature was candid, confiding, unsuspicious, his sensibilities lively and acute; his tastes discriminating and refined. There was a simplicity and innocence of mind and disposition which endeared him to all who knew him intimately, and which won for him especially the confidence and attachment of the young."

In addition to the works above mentioned, Dr. Armstrong was the author of—
An Address to the Members of the Royal College of Surgeons on the injurious conduct and defective state of that Corporation with reference to professional rights, medical science, and the public health. 8vo. Lond. 1825.
The Morbid Anatomy of the Stomach, Bowels, and Liver; illustrated by a series of plates with explanatory letter-press, and a summary of the symptoms of the acute and chronic affections of the above named organs. 4to. Lond. 1828.
Lectures on the Morbid Anatomy, Nature, and Treatment of Acute and Chronic Diseases. Edited by Joseph Rix. 8vo. Lond. 1834.