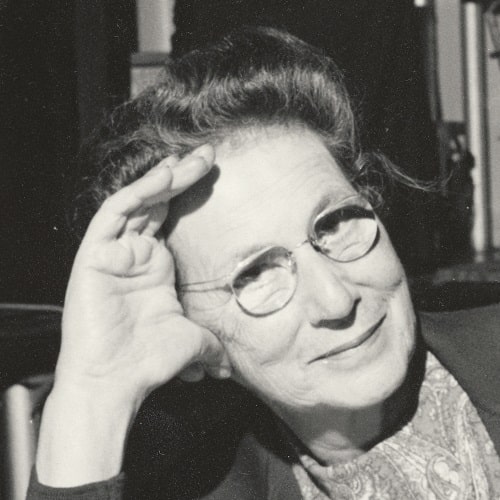 Ida Macalpine was the daughter of Sigmund Wertheimer, who was a merchant in Nuremberg; her mother was Matilde Wertheimer. Ida graduated MD Erlangen 1927. Her earliest work was as a physician to a German Child Education School. She left Germany in 1933 to come to England with her two sons, both of whom subsequently studied and qualified in medicine.

Ida Macalpine herself, in 1934, took the Scottish medical qualification of triple conjoint Colleges’ examination in Edinburgh to enable her to practise in Great Britain. She specialised in psychiatry with an interest in the influence of the mind in inducing skin reactions. In this field she found abundant resources in an appointment as psychiatrist to St Bartholomew’s Hospital, London. She developed a profound practical interest in medical history and, together with her psychiatrist son; Richard Hunter, - also a Fellow of the College - published a number of papers and books of which the most outstanding was 300 Years of Psychiatry 1535-1860 (1963).

This literary partnership with her son also produced the unique work George III and the Mad-Business published in 1969, propounding with much convincing evidence a thesis that his royal malady was in fact porphyria. Between them, mother and son collected a very considerable library of world-wide psychiatric history publications. She was Vice-President of the History Section of the Royal Society of Medicine of London, in which her contributions and discussion of medical history papers was highly appreciated. She died of lung cancer not many weeks after admission, at the age of 74, to the Fellowship of the College.

In character Ida Macalpine was quiet, gentle, persuasive, very hard working and meticulous; ready to give help and advice to those in trouble or seeking facts in psychiatric history. One of her last public acts was to acquire, set up and present her collection of incunabula and memorabilia relating to King George III at an exhibition at Kew Palace.