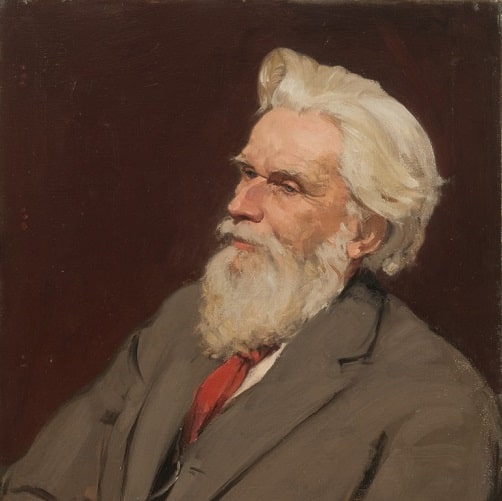 Henry Havelock Ellis, who was named after a distant relation on his mother’s side, Henry Havelock, of Indian Mutiny fame, never practised beyond doing occasional general practice as a locum tenens. He was the son of Edward Peppen Ellis who married his cousin, Susannah Wheatley. Following a private education and five years as a teacher in Australia, he entered St. Thomas’s Hospital at the age of twenty-one and took the L.S.A, in 1889. Two years later he married Edith Mary, only daughter of Samuel Oldham Lees, a landed proprietor, of Ashton-under-Lyne. They had no children.

Ellis spent his days studying English art and literature, and collecting facts about normal and abnormal sexual behaviour. He published several books, among them seven volumes under the title Studies in the psychology of sex (1897-1928.7 vols), Man and woman, a study of human secondary sexual characters (1889), and A Study of British genius (1904). He was elected a Fellow in 1936. He died on 8 July 1939.

* He was elected under the special bye-law which provides for the election to the fellowship of "Persons holding a medical qualification, but not Members of the College, who have distinguished themselves in the practice of medicine, or in the pursuit of Medical or General Science or Literature..."