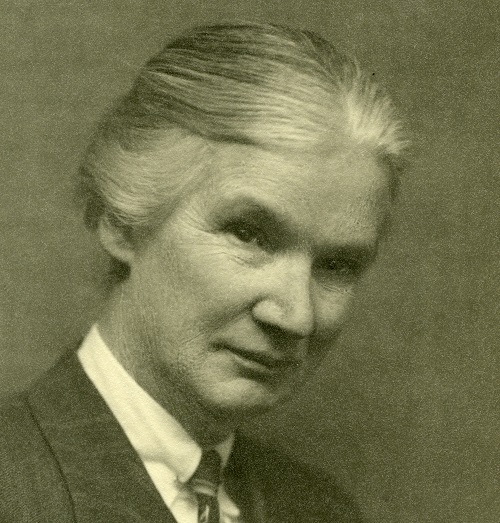 Helen Mackay was the first woman to be elected a Fellow of the College. Although she was deeply grateful for this singular honour she never deviated from her preferred role of the whole-time hospital physician; her whole interest was in the exact diagnosis and subsequent treatment of the problems of young children, particularly of new-born infants. As a paediatrician she was a complete success. Always calm and friendly, she emanated a sense of purpose which soothed the anxious mother and fretful child. Never allowing herself to become involved, she set about discovering the truth of any situation which was explained to her. Her case notes were precise, written in beautiful script and always understandable to all readers. She was interested not only in the disease process, but also in the environmental conditions which may have led up to it.

She was born in Inverness, the daughter of two Highland families. Her father was Duncan Lachlan Macpherson Mackay and her mother Marion Gordon Campbell Wimberley, whose father belonged to the 19th Cameron Highlanders. It was certainly due to this inheritance that Helen Mackay held a life-long affection for the Scottish Highlands, which she visited whenever it was possible. There she developed her affection for the wide countryside and its bird-life. She was educated at Cheltenham Ladies’ College after a childhood spent in the Far East, where her father worked in Burma in the Indian Civil Service, and at the London School of Medicine for Women (later the Royal Free Hospital). She held various house appointments and was then awarded a Beit memorial fellowship by the Lister Institute in 1920.

Later, with her colleagues at the Queen Elizabeth Hospital for Children, she demonstrated the essential need for a high protein intake of the very small birth weight baby. These researches brought her worldwide recognition as an authority on anaemia of dietetic origin in childhood. She was given the Elizabeth Blackwell award of the United States of America, and large numbers of post-graduates came to listen to her lectures.

She worked as the Ernest Hart research scholar in 1925-7, and in 1926 was appointed as the first honorary paediatrician to the Mothers’ Hospital, Clapton, which she served until her retirement from the National Health Service in 1958. On its introduction she had been elected consultant paediatrician to Hackney Hospital and an original member of the N.E. Metropolitan Regional Hospital Board. As a result of increasing committee work she had to relinquish her consultant work at Thorpe Coombe Maternity Hospital, where she had been a wise adviser from 1934 to 1948.

In 1933-5 she was secretary of the section of diseases of children of the Royal Society of Medicine and in 1944-5 its president. From 1928 to 1951 she was a member of the staff of the Medical Research Council, and in 1945 was elected a member of the British Paediatric Association, a singular honour in those days when the Association was still a private club controlled by the staff of the Hospital for Sick Children, Great Ormond Street.

Helen Mackay will be remembered by her colleagues and students as the teacher who always remained the same, dressed in almost a uniform, speaking quietly but to the point, amused by other people’s more ebullient characteristics, but able to daunt even the most contumacious opponent in a committee by her knowledge and her obvious sincerity. Not even the apparent disaster of a lesion of the seventh cranial nerves caused her to change her way of life. After retirement she set about the task of editing the enormous amount of clinical material which she had accumulated, and left her papers in characteristic immaculate order. In her last years she continued her interests in bird-life and took up gardening.