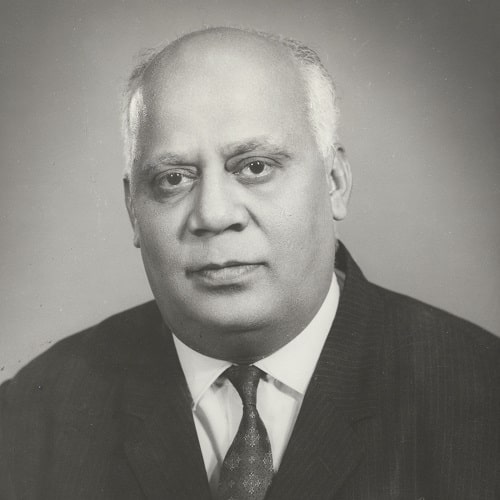 Harish Chandra was born in Hyderabad, India, the son of the late Rai Harbans Chandra, who was in government service, and his wife the late Brij Rani. He married Pratab Kishore, alias Meena Rani, in 1944, and they had one son, Rohit. Harish Chandra died in the USA, following an operation for a stenosed bile duct, at the age of 65.

His early education was at Madrasai Aliya and St George’s Grammar School and his medical studies were carried out at the Grant Medical College, Bombay, from 1937-32. After qualification he held resident appointments at Jerbai Wadia Children’s Hospital, passing his DCH examination in Bombay in 1945. He came to London in 1947 and studied at the Institute of Child Health and other institutions, obtaining his membership of the College in 1950. He was elected a Fellow of the Indian Academy of Medical Sciences in 1969, and of the Indian Academy of Paediatrics in 1978.

Harish Chandra was also a member of the advisory committee of maternal and child health, Government of India, temporary adviser to the World Health Organization, south-east Asia region, and a shortterm WHO consultant. In 1972 he was appointed an adviser to WHO, south-east Asia region, New Delhi, a post which he held until 1979. He played an active role in forming the Indian Academy of Paediatrics in 1963. For some time he was a member of the Medical Council of India.

Chandra was an undergraduate and postgraduate teacher in paediatrics and examiner for the doctorate of medicine in paediatrics at many universities. He published many papers in national medical journals.

Outside medicine, he was fond of racing and swimming and was steward of the Hyderabad Race Club and chairman of the Sailing Club, Hyderabad. He was a connoisseur of food and music, and all the good things of life.