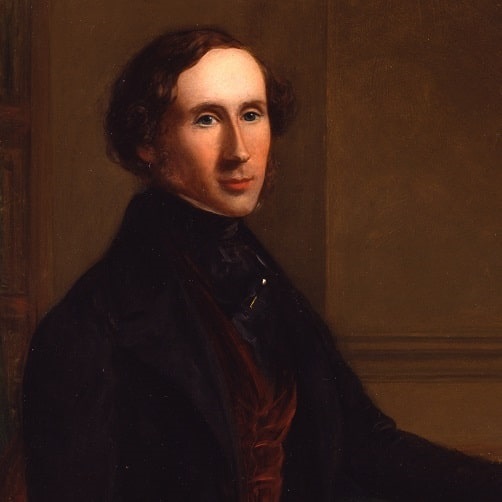 Owen Rees was born at Smyrna, the son of Josiah Rees, a Welsh Levantine merchant married to an Italian. He was educated in Clapham, before entering Guy’s Hospital in 1829 to study medicine. From there he went on to Paris and Glasgow, where he took the degree of M.D. in 1837. He then returned to London, to settle into a practice which soon became fashionable. But he was nevertheless a scientist in his attitude towards his profession. He was one of the earliest doctors in England to make a serious study of the chemistry of the urine, and, for this and his original work on the nature and shape of blood-corpuscles, encouraged by his friend Roget, he received the Fellowship of the Royal Society. In 1842 he was appointed physician to the Northern Dispensary and in 1843 assistant physician to Guy’s Hospital, where he remained for thirty-three years, becoming physician in 1856 and lecturing on the practice of medicine from 1856 to 1873. To another friend, Benjamin Brodie, he owed a further appointment—that of medical officer to Pentonville Prison, the first of its kind ever made there. In later life he was consulting physician to Queen Charlotte’s Lying-In Hospital and Physician-Extraordinary to the Queen. He was a distinguished Fellow of the Royal College of Physicians, being Goulstonian Lecturer (1845), Croonian Lecturer (1856-57) and Harveian Orator (1869), as well as Senior Censor. He was the the first Lettsomian Lecturer at the Medical Society of London in 1850.

Rees, who never married, was a good linguist and a witty after-dinner speaker. He affected a horror for the mean environment of his hospital patients and an extreme sensitiveness to the unpleasant smells of the post-mortem room. The susceptibility of his slight frame to cold made him refuse to lecture unless the room was agreeably warm, and, riding in his carriage, he would be lost to view sunk in a fur-lined coat in one corner. He died at Watford.