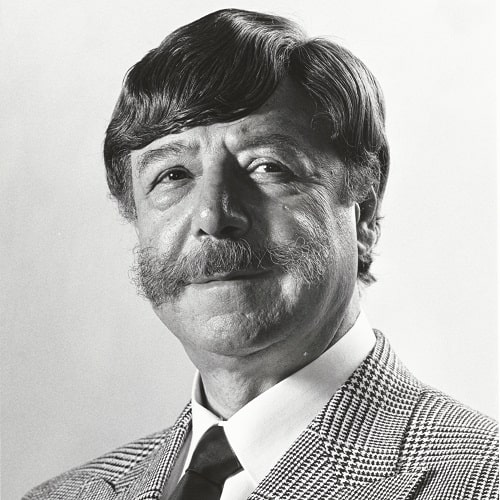 Michael Audeau was a consultant physician in Ashburton, New Zealand. He was born in Baghdad, Iraq, when that city was a centre of medical learning in the Middle East. His father was a prominent government official and Michael enjoyed a cosmopolitan upbringing. There was a family tradition of medicine; his brother was a psychiatrist. Michael was educated at the Virgin's Primary School and Baghdad College. He completed his undergraduate training at the Royal Hospital, Baghdad, graduating in 1957.

He proceeded to the UK for his postgraduate training, holding appointments at SHO and medical registrar level in general medicine at the Chelsea and Kensington Hospital group. He obtained his DTM&H in 1963 and the LMSSA in 1967. Having obtained his membership of the College in 1968, he was appointed senior registrar in respiratory medicine to the North West Metropolitan Hospital board until 1969 when he returned to Iraq as consultant physician and clinical lecturer in medicine to the Kidhmiyah Hospital, Baghdad.

In 1981, he emigrated to New Zealand, where he had been appointed consultant physician to the Ashburton Hospital. He served in this capacity until his retirement. The hospital experienced problems replacing his expertise in cardiology so he continued to work at the hospital after his official retirement, despite failing health.

In Ashburton, Michael Audeau experienced the usual crop of difficulties faced by consultants practising in non-metopolitan New Zealand centres. These included professional isolation, a heavy and diverse professional workload with little time for professional development or recreation. To this must be added the considerable stress of relocation and cultural adjustment.

He coped with these problems very well. As senior physician he was responsible for a large proportion of the clinical and management duties in his hospital. Despite the aggravations caused by staff shortages and the tempo of incessant change in the New Zealand health environment he maintained his clinical interests, and even found time for collaborative research. His primary clinical interest lay in clinical cardiology. He learnt echocardiography at a late stage in life in order to provide a much-needed service locally.

He had many interests outside of medicine, a major one being an enthusiasm for Rolls Royce motor cars. He took great pride in his immaculately maintained Silver Shadow but was also an active member of the Rolls Royce club and became the president of the South Island branch. He had a great interest in good food and was a great connoisseur of cheese.

He enjoyed tremendous support from his wife, Jennifer, who was a trained nurse. They were married in 1967 and had three sons. One of them, Andrew, followed his father into the profession.