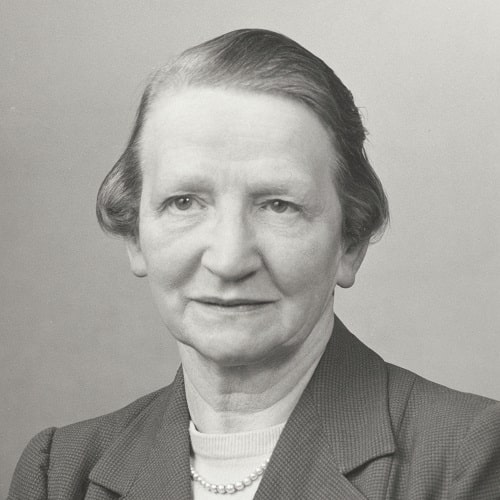 Frances Braid was a Scot, the younger daughter of Francis Braid, chief sanitary inspector in Kirkcaldy, and his wife Jessie Winter Cant, whose father was a crofter. She was educated at Kirkcaldy High School, St Andrews University and Dundee Royal Infirmary where she obtained her first medical appointment. Later, at the Edinburgh Royal Hospital for Sick Children, she came under the influence of John Thomson and decided to devote her life to paediatrics. To gain further experience in the specialty she moved to Birmingham Children’s Hospital to work with Leonard Parsons, at first as house physician and then as resident medical officer. In fact she was destined to remain in Birmingham until she retired, for she was appointed assistant physician to the Children’s Hospital in 1923 and consultant physician in 1929.

Frances Braid was one of the first full-time paediatricians in England, and one of the first women to be elected a member of the British Paediatric Association, in 1945. Her pioneer work with new born infants had proved a major contribution to paediatrics and she soon became a familiar and much consulted figure at annual meetings of the Association. She was appointed paediatrician at Birmingham Maternity Hospital in 1928 and, making good use of her clinical skill, her obstinacy and her Scot’s charm, she succeeded in breaking down the barriers which divided obstetricians and paediatricians; the team which she brought into being had a markedly beneficial effect on neonatal morbidity and mortality.

The value of her work with her consultant colleagues at the Maternity Hospital was greatly increased because she took full advantage of the opportunity to study normal new born infants, as well as those who were diseased, and because she appreciated how important to the health of the neonate was the role which could be played by general practitioners and medical officers at the maternity and child welfare clinics of the city. She made them all feel that they were an integral part of her team, infecting them with her enthusiasm, giving them much needed support, and encouraging them to come to her ward rounds and outpatient clinics at the Children’s Hospital. In these ways she initiated a form of postgraduate activity which foreshadowed later developments in neonatal care and community paediatrics.

She wrote a number of papers on diseases of the newborn and their sequelae and, in 1950, she was invited by the University of Birmingham to deliver the Ingleby Lectures, choosing to speak about hypothyroidism in infancy and later childhood. Frances Braid did not marry, and when she retired she returned to Scotland to live with her sister in the family home in Edinburgh.