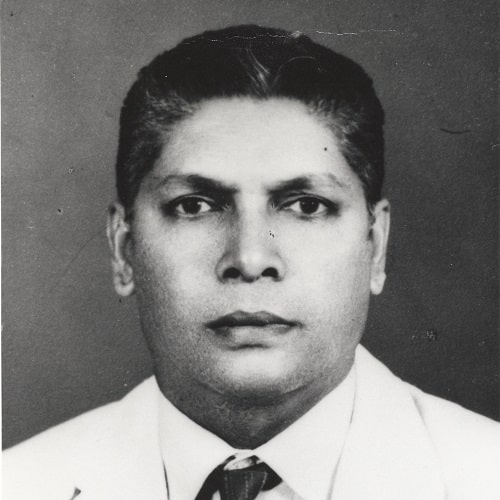 Don Jinadasa Attygalle was a colossus in the local medical profession in Colombo. He was born in the port city of Galle and received his early education at Visakha Vidyalaya and the Royal College, Colombo. He entered the Colombo Medical School and qualified with his LMS degree, at that time the basic medical qualification.

He served as a government medical officer in different parts of the country and was senior physician of the General Hospital, Colombo, until his retirement in 1972. D J Attygalle retired early, but maintained his busy private practice in his spacious home in Colombo and was visiting physician for over 25 years to many Colombo private hospitals.

I did my first medical appointment as a third year medical student under D J Attygalle in 1969. He taught me and my group the use of the stethoscope, knee hammer etc., and the elements of history taking and physical examination. I later met him at the final MB BS clinicals as a short case examiner and he was kind and attentive. Later on in life he greeted me as an equal colleague and we respected each others professional opinions. I have never known him to be rude or angry with patients, students, nurses or colleagues. He was my life long friend.

He was much sought after and an excellent diagnostician. He was a man of few words, an astute clinician and a quick thinker. He was an extremely kind hearted man and was very generous and especially known for his modest charges for professional services. He had long and numerous write ups in the national press, with people from many walks of life espousing his talents, his diagnostic and teaching skills, his generosity, brilliance, mild manner and courtesy, amongst many other good qualities.

He was a devout Buddhist and had a conscientious devotion to his patients. He possessed a meticulous sense of honour and an almost hypersensitive observance of the ethics of the profession. He neither sought nor cared for public adulation.

He married the charming and intelligent Daphne Kanagaratne who became professor of pathology and dean of the Colombo medical faculty and was acting vice-chancellor of the University of Colombo when she predeceased him in 1989. They did not have any children.

He worked as a consultant physician until his final brief illness.