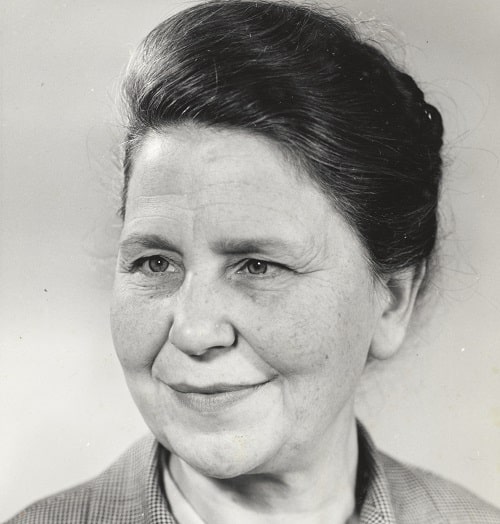 Deborah Doniach was a leading figure in modern immunology. Her pioneering research led to the discovery of auto-immune disease, which included some of the most common chronic conditions, including types of diabetes and thyroid disease. But aside from her professional successes, those who knew her will remember her for her unique personal qualities. Nothing disarms like charm and Deborah was packed with it. Not a slimy insinuating charm, but a fresh vigorous engagement that spoke so much for her humanity and her intelligence, and owed nothing to ambition and egocentricity.

She was born in Geneva into a remarkable artistic family. Her mother, Fee Helles, created a novel school of dance and movement. Her father, Arieh Abileah, was a concert pianist of repute who emigrated to Palestine and taught at the Jerusalem Conservatory of Music. Deborah, one of three daughters,studied medicine in Paris at the Sorbonne. There she met Israel 'Sonny' Doniach [Munk's Roll, Vol.XI, web] and the couple married before moving to London, where Deborah graduated at the Royal Free Medical School. Theirs was a long and happy marriage, some of it spent in a house in the countryside appropriately named, before they acquired it, 'The Darlings'.

Appointed as an assistant lecturer in chemical pathology at the Middlesex Hospital, she noted that increased antibody levels in peripheral blood fell to normal values in patients with certain thyroid diseases when the thyroid was removed. She predicted that the proteins were responding to a stimulus within the gland. Ivan Roitt and Peter Campbell, working on antibodies to breast milk in the same hospital, were able to help her identify the target as the thyroid itself. The principle that one antibody might be found with one disease and be associated with that disease process led naturally to the general proposal that other diseases of a chronic inflammatory nature might also be associated with auto-immunity and that auto-antibodies might be of diagnostic and, even, predictive, value. Using indirect immunofluorescence and working with a number of gifted scientists, Doniach confirmed these general principles and went on to show similar auto-antibodies in various diseases, including mitochondrial auto-immunity in primary biliary cirrhosis and gastric auto-immunity in pernicious anaemia.

When a young Italian student, whom she had never met, appeared before her in 1969 and said "I would like to learn immunopathology," she said without hesitation, "Come tomorrow morning, 9 o'clock". It was typical of Deborah, for she was always excited about the unexpected, in love with her subject, and eager to pass on her knowledge to anybody willing to learn. The student, Gian-Franco Bottazzo, went on to elucidate, with Deborah, the characteristics of islet cell auto-antibodies in type one diabetes, helping establish that that disease has an auto-immune basis. Other students (Florin-Chistensen, Drexhage, Mirakian, Rizetto, Pujol-Borel), other auto-antibodies, and other diseases followed. The subsequent establishment of clinical immunology as a service provided by most major pathology laboratories worldwide was a logical consequence. So, too, were the many trials now aiming to prevent or modify auto-immune diseases by identifying those at risk in the general population using auto-antibodies as markers of the disease process.

She received many prizes and awards during her long career, including the Van Meter prize of the American Goitre Association in 1957 and the 1964 Gairdner award for advances in medical sciences. In 1984 she was the Association of American Women Scientists' woman scientist of the year.

Deborah continued her enthusiasm for science, for people and for life for many years after she officially retired. Unalloyed enthusiasm was the leitmotiv of those years. "Isn't it marvellous, isn't it fantastic!," she would say. Nothing excited her more than the unknown and her excitement was infectious. Only shortly before her death she was adding to her fluency in several languages by studying for a degree in Latin at University College, London. Her husband Sonny died in 2001. A daughter died tragically some years earlier. She is survived by her son Sebastian, a professor of physics at Stanford.