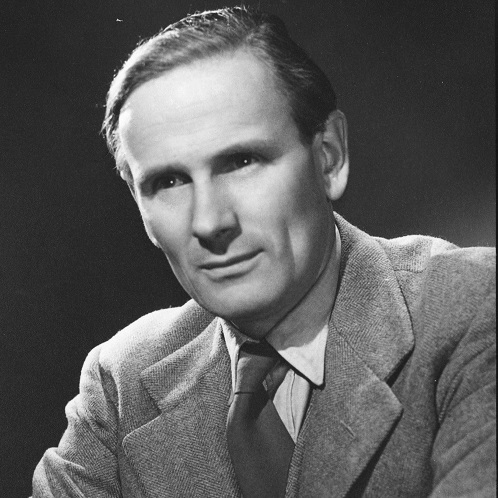 Charles Fletcher was a leading epidemiologist, but was better known to the general public as one of the first 'TV doctors’. He was born in Cambridge, the son of Sir Walter Morley Fletcher [Munk’s Roll, Vol.IV, p.558], physiologist and first secretary of the Medical Research Council, and the nephew of Herbert Morley Fletcher [Munk’s Roll, Vol.IV, p.419]. He was educated at Eton and went on to Trinity College, Cambridge, where he rowed in the winning crew of 1933. After clinical studies and a house physician appointment at St Bartholomew’s Hospital, he moved to Oxford as a house physician and research student to Leslie Witts [Munk’s Roll, Vol.VII, p.618] at the Radcliffe Infirmary. Here he was involved in the early clinical investigations of penicillin, giving the first injection to a human patient. Soon after this dramatic event he was found to have diabetes, making him ineligible for military service.

In 1943 he returned to St Bartholomew’s as chief assistant to George Graham [Munk’s Roll, Vol.VI, p.205] and became interested in gastroenterology, the subject of his MD thesis. In 1945 he moved to a similar post in the department of medicine at Hammersmith, but the direction of his career was determined when he was appointed by the Medical Research Council to the directorship of the newly-formed pneumoconiosis research unit in South Wales. This unit was established after preliminary studies by Philip D’Arcy Hart and others had shown the lung disease of coal-miners could not be explained as a form of silicosis, but could be attributed to exposure to coal dust. The unit’s work elucidated the clinical course of coal-miners’ pneumoconiosis, produced a radiological classification of its stages, related this quantitatively to coal dust exposure, and showed how the risks of progression could be minimized. The investigation showed the value of a prospective epidemiological approach to the study of a chronic respiratory disease and Fletcher made important findings on observer variation in the gathering of clinical and radiological evidence.

In 1952, wishing to become more involved in clinical medicine, Fletcher rejoined Sir John McMichael’s [Munk’s Roll, Vol.IX, p.341] department of medicine at the Royal Postgraduate Medical School, Hammersmith. At Hammersmith he had some initial difficulty in settling into an environment very different from the South Wales unit. He also had problems gaining acceptance of his population-based approach to the study of disease which differed from the Hammersmith method of detailed studies of individual cases, largely laboratory based. Nevertheless, he continued his concern with chronic respiratory disease in the community, and designed and directed a long-term study of respiratory symptoms in men working in London Transport and in Post Office depots in London.

In spite of many previous, largely retrospective, studies of various aspects of the bronchopulmonary disability, important questions about its evolution, pathophysiological basis, appropriate terminology and causation remained unanswered. Fletcher’s long-term prospective study, starting from subjects with no obvious disability, clarified many of these questions. His study showed bronchial hypersecretion and airflow obstruction are independent effects of smoking, that respiratory infections are not, as had been widely held, an important cause of loss of function, and that subjects liable to ultimate disability can be identified by early increase in airflow resistance. These important conclusions, supported by detailed descriptions of methods and data, were published collaboratively with his principal co-workers in 1976.

He actively promoted good communications between doctors and patients and pioneered the use of television to inform the public about medical procedures, presenting the BBC series Your life in their hands from 1958. Initially this display of medical and surgical procedures to the general public was disliked by many of his professional colleagues, but the objectivity and unsensational character of his presentations and their evident value in improving lay understanding, allaying anxiety and improving communication between doctors and their patients helped greatly in changing medical attitudes. After the end of this series of programmes he continued as a medical adviser to the BBC until 1972.

When the College appointed a committee on smoking and health in 1959 he served as secretary and was largely responsible for the drafting of its reports in 1962 and 1971. He was a founder member of Action on Smoking and Health (ASH) and was the organization’s first chairman and later president. He actively supported the promotion of public awareness of the hazards of smoking and attempted to persuade politicians to take appropriate action. He served on the councils of two patient support societies, the British Diabetic Association and the Asthma Society. By the time of his 80th birthday in 1991 the importance of his innovative work on medical education was acknowledged by the British Medical Journal in a handsome tribute, in which it apologized for its earlier opposition to his pioneering incursion into television.

While remaining essentially a private man, Charles Fletcher had an easy manner both with individuals and groups, and his evident integrity inspired affection and respect among those with whom he worked. His tall, quietly distinguished, appearance and well-modulated voice contributed both to this, and to the success and acceptability of his television presentations.

In 1941 he married Louisa Mary Sylvia Seely, daughter of the first Baron Mottistone. They were devoted to each other, enjoyed an ideal domestic life, and had a son and two daughters. She played an unobtrusive role in combating the problems which he faced as an insulin-dependent diabetic for more than fifty years, notably occasional hypoglycaemic episodes. His interests outside medicine included music and gardening. For many years he sang in the Bach Choir and enjoyed tending his gardens, especially in the Isle of Wight, where he kept bees. Until he fell and fractured his hip in October 1994, he continued to be actively concerned with the social relations of medicine and with action against smoking. He recovered from this after severe post-operative cardiac problems, but a year later suffered the stroke which caused his death.