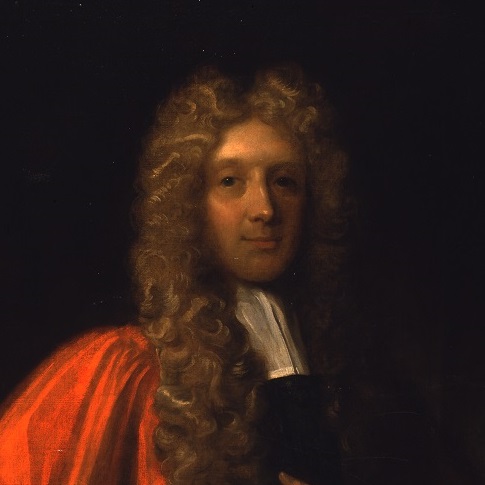 Dr Goodall continued to preside over the College till his death, an event which stands thus recorded in our Annals: "Dr Charles Goodall, President of the College, departed this life at Kensington the 23rd of August, 1712. He was an entire lover of the College, and indefatigable in studying its prosperity, as appears from his works." He was physician to the Charterhouse, to which office he was appointed 28th April, 1691.

Haller (1) attributes to Dr Goodall a publication, "de Cortice Peruviano et ejus usu," probably an inaugural dissertation at Leyden, but neither name of place nor date are given.

Dr. Goodall is the Stentor of Garth's Dispensary. He was one of the most ardent and untiring supporters of our College, and his whole life, so far as we are able now to judge, was devoted to its service. His work, The Royal College of Physicians of London, founded and established by Law, as appears by Letters Patent, Acts of Parliament, Adjudged Cases, &c.; and an Historical Account of the College's proceedings against Empiricks and unlicensed Practisers in every Prince's reign from the first incorporation to the Murther of the Royal Martyr King Charles the First, published in 4to. 1684, was, as we learn from the epistle dedicatory to the lord keeper Guildford [P.1677?], undertaken with the encouragement, if not at the actual request, of the College. For this he had already shown his qualifications, by the publication, in 1674, of a work written in defence of the College,(2) "against a bold and impudent Libell, published with design to expose that learned body to contempt."

Dr Goodall's portrait, presented by his widow in 1713, is at the College, and to Dr Goodall himself we are indebted for the portraits of Henry VIII and Cardinal Wolsey now in the Censors' room; "July 12th, 1706. Dr Goodall having in his possession two ancient pictures of Henry VIII and Cardinal Wolsey, the first founder of the College, and both benefactors, presented them this day to the College to be hung there, for which generous present the President and Censors gave him thanks."

[Dr Goodall was the intimate friend of Sydenham and that great man writes thus of him: "Dr Goodall was the friend who when many men ventured to assert that I had done but little in the investigation and ? of medicine, threw himself in the way of my malingers and defended me with the zeal and affection of a son towards a father. Greatly however as I was overpowered by the obligation I ? given him undeserved praise; since praise and blame unworthily given are equally violations of truth. No one then will blame me if I say that he is second to no one known to me ? much as for the many years I have known him he has injured no many by deed or even word. What he is in his profession, if God grant him life, the world will soon learn. ? an erudition founded on the study of all works ancient and modern, on medicine he adds an exquisite skill in discovering the most subtle ? practice without which no man can justly be called a physician. This ? to him all that the wishes of his patients could make him ? Drem Cole ? 55. This was in Jan ? 1681-2. In Sept 1686 Sydenham inscribed to Dr Goodall his Schedula Monitoria and in terms most complimentary.]

[Dr Aveling in a letter to me in Oct 1881 says "There is a curious note MS relating to Dr Goodall communicated to the writer J D 1753 by Sir Hans Sloane in my copy of Goodalls Coll of Physicians. ?"]