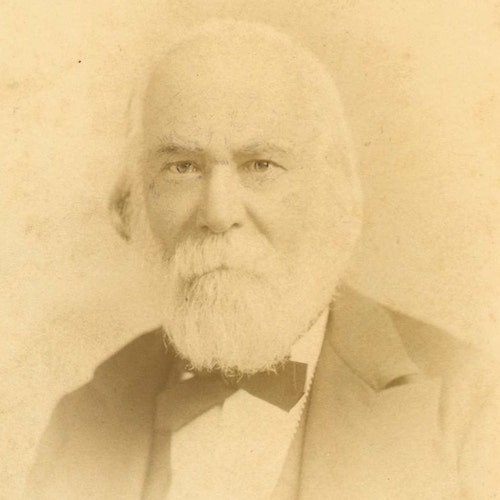 When the Royal College of Physicians elected Charles Edouard Brown-Séquard to a Fellowship in 1860, it honoured a man whose upbringing offered the sharpest of contrasts to that of his contemporary Fellows. For Brown-Séquard had been born in Mauritius, the son of an Irish-American sea-captain, Charles Edward Brown, who had died before his birth, and a Eurasian mother, Charlotte Séquard, and had spent his boyhood on the island, at school and as a clerk in a warehouse. At the age of twenty-one he gave early evidence of his enterprising spirit by persuading his mother, whose father had been a Provencal, to migrate with him to Paris. There he surrendered himself whole-heartedly to the study of medicine, with the result that he was able to take his doctor’s degree two years later, in 1840. He then threw himself into experimental physiology with equal devotion, and was rewarded by the discovery, in 1849, of the sensory decussation in the spinal cord with which his name was to be permanently associated.

Harassed by the restrictive atmosphere of the Second Empire, however, he left Paris abruptly and passed the greater part of the next decade in impatient expeditions from one part of the world to another. First he visited Philadelphia, his father’s birth-place, where he was obliged to give French lessons to earn his living but also lectured to medical students and published a textbook on midwifery. Then he struggled to practise for a time in New York but, disgusted by the unabashed materialism around him, fled with his American wife, Ellen Fletcher, to his own birth-place. In Mauritius he was involved in a severe cholera epidemic, which restored his enthusiasm for research. But, once more in Paris, he found himself still unsettled, and re-crossed the Atlantic to take up a teaching post at Hampden Sidney College in Virginia, where he published Researches on Physiology and Pathology. A tactless remark on the issue of slavery and local comment on his own mixed blood, however, brought this appointment to a sudden end, and Brown-Séquard found himself in Paris again.

Resuming his researches, he now made his great discovery of the function of the suprarenal glands and their bearing on Addison’s disease, which carried his fame to all corners of the world. In 1858 he crossed the Channel to give courses of lectures at the Royal College of Surgeons, and at Edinburgh, Glasgow and Dublin. A year later, he made his home in London, started practice in Wimpole Street and accepted an appointment as one of the first physicians to the National Hospital for the Paralysed and Epileptic, Queen Square. In 1861 he gave the Goulstonian Lectures at the Royal College of Physicians. But, in 1864, as if disgusted with his success as a consultant, he turned his back on London to accept the chair of physiology and nervous pathology at Harvard. Another change of course took place after four years when, on the death of his wife, he took ship once more to become professor of comparative medicine at Paris. Then, in 1873, he returned to New York and entered practice, founded a journal named Archives of Scientific and Practical Medicine, and married a second wife, Maria R. Carlisle of Cincinnati. Her death, after only two years, sent him on his travels again and, during a visit to London in 1876, he attacked contemporary views on nervous pathology in a series of lectures given to the Royal College of Physicians.

In 1878, having married Elizabeth Emma Dakin, the English widow of the painter Doherty, he came to rest at last as Claude Bernard’s successor in the chair of experimental medicine at the College de France. For the remainder of his days, Brown-Séquard, loaded with honours—he was decorated with the Legion of Honour in 1880 and elected a member of the Institut National in 1886— lived according to a fixed routine, spending the winter months at Nice, the hot weather on the Normandy coast, and the remainder of each year in Paris. But his zeal for research was unabated, and the last years of his life were fully occupied in the development and production of a "testicular fluid " derived from the testes of guineapigs which, injected into man, would, he claimed, rejuvenate the male body and prolong its existence. The " Methode Séquar-dienne", as it was called, enjoyed a widespread vogue but was short-lived. Nevertheless, Brown-Séquard, by his imaginative genius, had divined the existence of " internal secretions", and was one of the progenitors of the science of endocrinology. His research work was his main interest and, for its sake, he ignored pecuniary rewards and despised normal recreations. For all the perversity in his character, he acknowledged a simple Protestant morality and was a wholly likable and humorous man. Brown-Séquard died in Paris. He left a son by his first marriage and a daughter by his second.

Brown-Sequard’s family owned enslaved people during his childhood in Mauritius. They had been inherited by his mother, Charlotte Sequard (1788-1842) from her father, and worked in the Brown-Sequard family home. Brown-Sequard later went on to speak publicly against slavery when he lived in America in the 1850s.