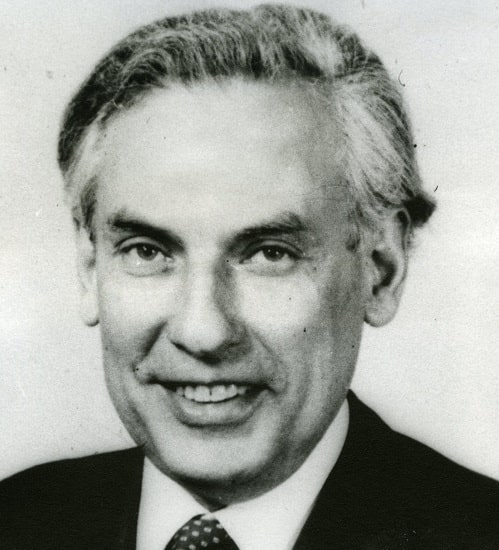 He graduated from the Middlesex Hospital medical school and, following house officer posts at Barnet General and the Royal Northern Hospitals in 1946, was appointed casualty medical officer to Hampstead General Hospital, part of the Royal Free group. His association with the Royal Free was to last, barely broken except for short periods in his training, until his death in 1987 nine days after he had been appointed an honorary consulting physician and cardiologist on his retirement.

He was appointed senior registrar to Hampstead General Hospital in 1951, he was an American Heart Association fellow and Fulbright grantee, at Cornell University medical college from 1953-54, and in 1956 became first assistant to the cardiac department at the Royal Free. In 1961 he was appointed consultant physician at New End Hospital, and consultant physician and cardiologist to the Royal Free Hospital in 1968.

Cecil was dedicated to all who were patients or staff at the Royal Free. He was especially concerned that when the Royal Free moved from its old site in Gray’s Inn Road to Pond Street it should lose none of its identity or historical sense of purpose, and he commissioned a series of drawings depicting all the hospitals in the Royal Free group. To ensure that the new Royal Free Hospital would present a relaxing atmosphere, he set up a works of art committee in 1974, which he chaired until his retirement. He conceived the idea of an art gallery in the main concourse of the hospital - which is now named after him -where local artists could exhibit their work. The Works of Art committee also commissioned the magnificant mural in the Rowland Hill Street entrance of the medical school, depicting the history of the school and the hospital. Together with the board of governors, he instituted the annual Marsden lecture commemorating the founder of the hospital.

In 1987, as a singular honour, he was the first member of the hospital staff ever to be invited to give the lecture. Sadly, he died before he could deliver his lecture ‘Self care and health care in William Marsden’s district’, but the lecture was read posthumously by a BBC newsreader, Robert Dougall, assisted by Cecil’s wife Jean.

Over many years he collected medical instruments, particularly from the Georgian period, which form the basis of the Symons Collection. In 1981 his Samuel Gee lecture at the College was entitled ‘Invalids in the Georgian era’.

Symons published many scientific papers on thyroid heart disease, and as a scientific fellow of the Zoological Society he was interested in comparative medicine.

He was a governor of the Royal Free, chairman of the medical executive committee, and a special trustee. In Hampstead, he was a trustee of the Campden Wells and Hampstead Trust and the Camden Arts Trust.

Cecil Symons had a particular interest in France, the French people and their language, and enjoyed promoting collaboration between British and French colleagues. He was the founder and president of the Société Clinique Française which held regular meetings with the proceedings entirely in French. He was also a trustee of the Alliance Française de Londres. For his services to France he was honoured by his appointment as Chevalier de l’Ordre National du Mérite.

Cecil was the perfect colleague, a man of absolute integrity, great charm and wit. He is survived by his wife Jean; there were no children of the marriage.

Related pages
Symons collection
Keeping up appearances: Self-care in the Symons collection
Browse Indexes Return to Results
We use cookies on this website. By using this site, you agree that we may store and access cookies on your device. Find out more.