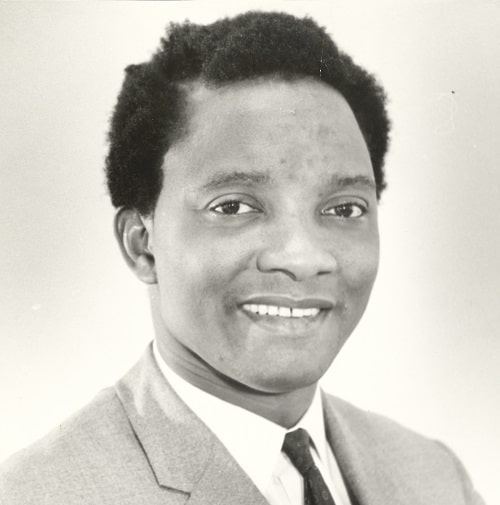 ‘Kayode Osuntokun, whose many friends in Britain knew him as ‘Ben’, made a massive contribution to the development of medicine in Nigeria. He was born in Ondo State, Western Nigeria, whose people are renowned for their warm and pleasant character. He went to the excellent Christ’s School, Ado-Ekiti, and won a place at the newly established University College, Ibadan. This excellent beginning was a prelude to a life of outstanding academic distinction, at home and abroad.

His clinical career was shaped through the high standard of clinical work at Ibadan. Those of us who taught him recognized that he would have an outstanding career and so it was natural that Harold Scarborough [Munk’s Roll, Vol.VIII, p.439] should welcome him to Cardiff for further training for three years. He then worked under Henry Miller [Munk’s Roll, Vol.VII, p.396] at Newcastle-upon-Tyne and at the National Hospital, Queen Square. When he returned home he soon won a chair in medicine. With Ibadan firmly moving forward under a young leadership, ‘Kayode was the obvious choice to succeed Oladipo Akinkugbe as dean.

He spent the year 1978 to 1979 as Commonwealth visiting professor at the Royal Postgraduate Medical School, where he refined methods in neuro-epidemiology and for the community control of common neurological diseases in the tropics. This was to be his major and enduring interest and it equipped him for his next major post as provost and medical director of Aro Neuro-psychiatric Hospital in 1983. In 1985, at the direct request of the Head of State, he returned to University College Hospital as chief medical director and chief executive.

In all these senior offices he worked hard. He never allowed his sense of justice and his integrity to be sullied by the tawdry riches of the oil boom. He was to guide the hospital and the college of medicine at Ibadan through the turbulence of corrupt and wasteful military rule. University College Hospital already had an enviable world-wide reputation and he sought to build on this by ensuring international links and establishing an ethos of clinical research among trainees. It was always exceedingly hard to convince the self-appointed soldiers of the need to strive to maintain excellence. In ‘Kayode they met a formidable negotiator. He thought quickly, had a firm but amiable presence and was determined to do all he could for Ibadan.

Then the economic fallout began. The drastic demands of the World Bank, a currency plunging in value and falling professional salaries, which were but a phantom of what they had once been, caused many to leave Ibadan and seek posts overseas. He allowed nothing to deflect him from his work at Ibadan. He spent some time in Indiana and Cambridge in 1990 and 1991, developing an international collaborative project on the comparative epidemiology of dementias among the Yoruba of Ibadan and an African-American population in Indianapolis. He had earlier observed that Alzheimer’s disease was relatively rare in his practice in Nigeria. The research that followed was received with acclaim by the scientific community. This work may well prove to be his most significant work, but his earlier work in defining the relationship between the tropical ataxic syndrome and the diet of poorly processed cassava in the coastal people at Epe had thrust his name to the fore as a stringent and sharp investigator. He also made detailed studies of the neurology of diabetes and indeed any clinical problem that he met, to a standard that has yet to be matched in Nigeria. This work was a tremendous stimulus to his juniors and students.

Described as down to earth and practical, he did not allow the philosophy of neurology to blunt his sensitivity to the clinical and social needs of the rural and urban poor. They could approach him with confidence because of his relaxed and deceptively easy going approach.

He married Olapeju Olabopo (‘Bopo), now a professor of ophthalmology, in 1962 and they had three sons and two daughters. He died of cancer of the prostate.