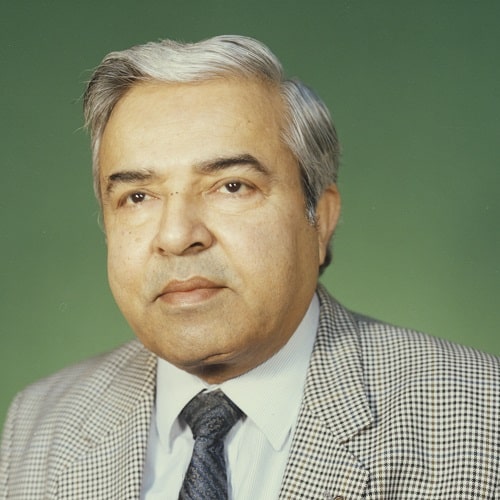 Abdul Karim Admani was a consultant physician in Sheffield with a special interest in stroke and the elderly. He was born in Palitana, in Gurajat state, India, the son of Hati Abdul Razzak Admani, an electrical engineer, and his wife, Hatiani Rahima Bai Admani, a housewife. He was educated at Gujarat University, where he gained a BSc with first class honours. He then went to Dow Medical College in Karachi, qualifying in 1962.

In 1963 he went to the UK, as a house officer in general medicine at Ashington Hospital, Northumbria. A year later, he was a senior house officer in neurology at Sunderland General Hospital, and then a junior registrar in general medicine at Newcastle General Hospital. From 1966 to 1967, he was a registrar in Darlington and then, from 1967 to 1968, at St Catherine’s Hospital, Birkenhead. He then held a post as a senior registrar in Sheffield, before being appointed as a consultant physician with a special interest in the elderly. From 1972, he was also an honorary clinical lecturer in the academic division of medicine at Sheffield Medical School. He was visiting professor in medicine and neurology at Quaide Azam Medical College, Bhawalpur, Pakistan.

He was president of South Yorkshire Red Cross (from 1982 to 1996), chairman of Sheffield BMA (from 1984 to 1985) and president of the Overseas’ Doctors Association (from 1987 to 1993). He was an elected member of the General Medical Council. He was awarded an OBE in 1987 for services to the Trent Regional Health Authority in establishing stroke services. He retired in 1994.

Outside medicine, he was a justice of the peace and president of the Sheffield Council of Mosques. In 1968 he married Seema, a nursing director. They had one son and a daughter.