Skip to main content
You’re so vain, you probably think this blog is about you

The two vainest presidents of the RCP, Sir William Browne (1692–1774) and Sir Henry Halford (1766–1844), currently find themselves sharing wall space in the Lasdun Hall. Installing Henry Glindoni’s painting in the exhibition ‘Scholar, courtier, magician: the lost library of John Dee’ has displaced the portraits that normally hang on the wall outside the Osler Room, resulting in some unusual pairings.

The opening lines of Browne’s biographical entry in Munk’s roll note first and foremost that ‘His egotism and garrulity were so great as to rivet the attention of his contemporaries’. Browne was determined to reach the very top of his profession and not long after becoming president of the RCP in 1765, commissioned the most enormous portrait of himself – the largest in the RCP’s collection.

It was a wise move to commission the painting early on as he was president for only 2 years, ascending to the position at the height of a dispute with the licentiates caused by the RCP’s refusal to admit candidates for fellows from non-Oxbridge universities. Browne was described as ‘wholly unfit at such a crisis to occupy the presidential chair’ and merely inflamed the dispute by printing an ill-judged and offensive pamphlet that ultimately led to his ignoble resignation after the licentiates stormed the RCP in 1766. 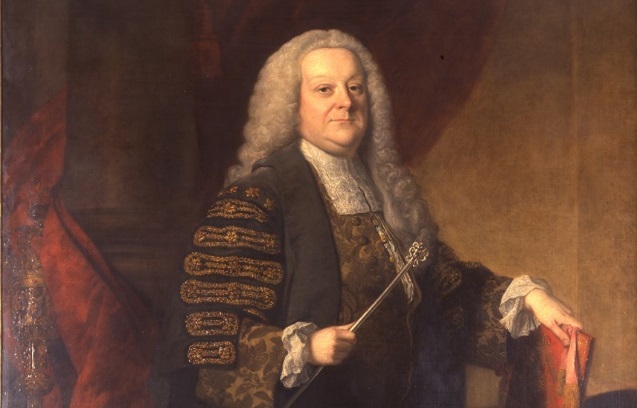 Oblivious to this, the portrait shows a man who was proud of his achievements at the RCP. He stands and is seen full length wearing the president’s black damask robe, holding the caduceus – the president’s staff of office – and with the mace upright in the background. His left hand rests on the RCP’s statutes. No other portrait in the RCP’s collection includes so many symbols of office.

In the 18th and 19th centuries, the hierarchy of status in society remained very rigid. The aristocracy were firmly at the top and those who had to earn their living via a profession were looked down upon. One function of portraiture is to raise the status of the sitter. Most of the RCP’s portraits show the physicians as gentlemen, men who could afford to sit for a portrait but with no indication of how they acquired their wealth. Browne had no such discretion and presented his portrait to the RCP during the second year of his ill-fated presidency in 1767.

In contrast Sir Henry Halford presents himself as a gentleman. His status in society was everything. He married into the aristocracy and was physician to no fewer than four successive monarchs, up to and including Queen Victoria. His ‘pleasing manners’ helped him remain president for 24 years compared to Browne’s two. He orchestrated the move from a nearly dilapidated building in Warwick Lane to the fashionable Pall Mall East in 1825, where the physicians would vegetate for the next 139 years. In gratitude, the physicians commissioned a bust of him by Sir Francis Chantrey (1781–1841), ‘the most outstanding sculptor of his generation’. 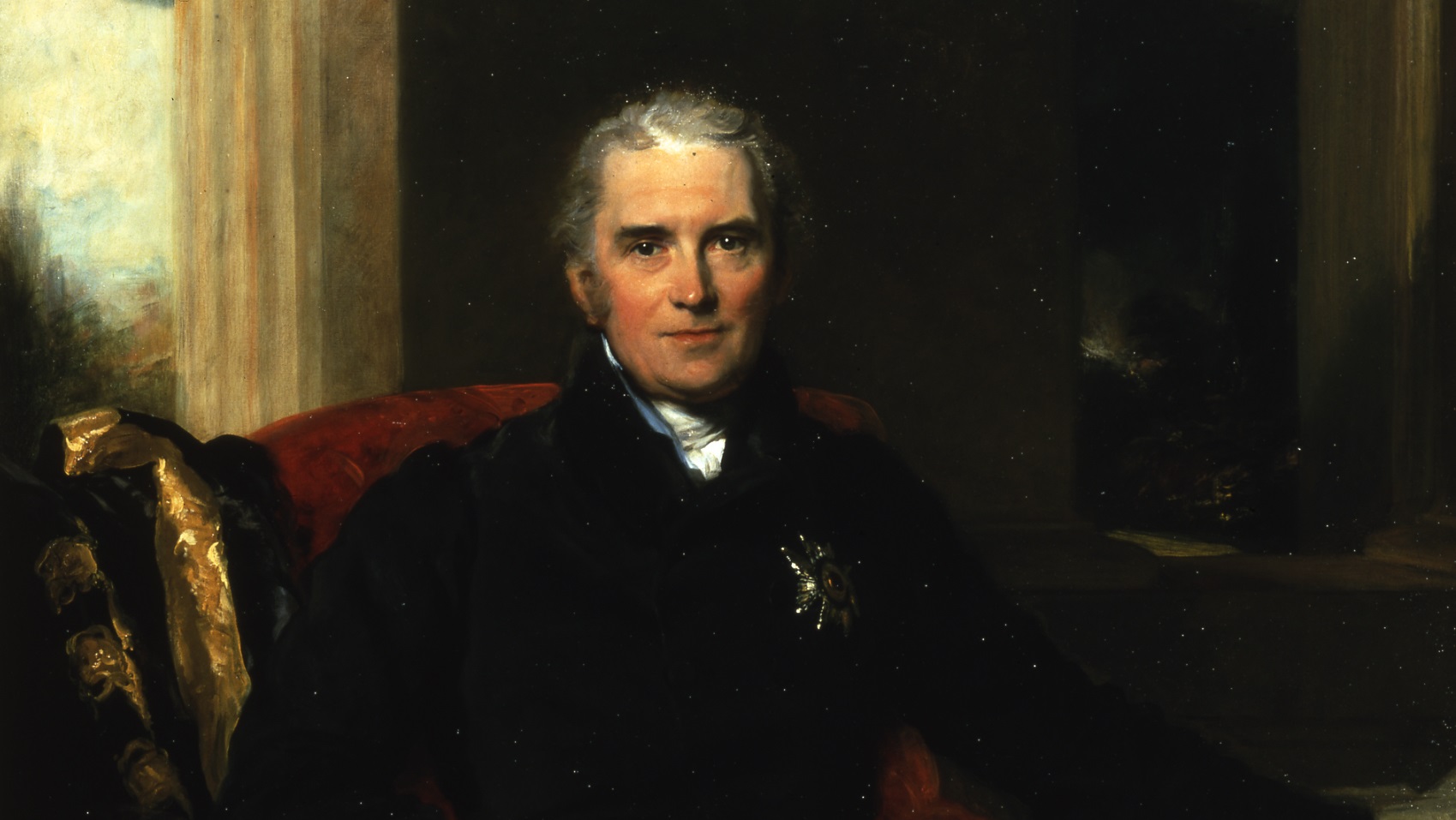 Halford was called ‘The damndest conceited fellow in the world’ by his contemporaries but, surprisingly, the painted portrait in our collection is not a full length one. However, no expense was spared in this private commission. It is by Sir Thomas Lawrence (1769–1830), who was president of the Royal Academy of Arts from 1820. It is highly flattering, richly coloured and Halford appears to be seated on a plush throne. His priorities are clearly indicated in this portrait. He proudly wears the star of a knight commander of the Royal Guelphic Order on his chest – conferred by King George IV on the morning of the opening of the new building – while the RCP’s presidential robe is casually slung over the back of the chair, the gold lace on the sleeves distinctly visible. As a final flourish, the painting is surrounded by an elaborate gilt frame 10 inches wide, making the whole portrait nearly as large as Sir William Browne’s.

These paintings continue to stand out amongst the others, ensuring that the sitters will be remembered long into the future. Do take advantage of this rare opportunity to examine them side by side until 29 July 2016.