Skip to main content
What's growing in the garden?

Spring is going and summer is upon us; the medicinal garden at the RCP is a kaleidoscope of greens of every hue, splashed with colours from every continent. The North American beds provide interest all summer. They include plants that produced wart cures that became cancer treatments, fraudulent cures for venereal disease, tobacco substitutes and popular modern herbal medicines like Echinacea and Evening Primrose oil – and much more.

In the world medicine beds we find Veratrum which gives a treatment for eclampsia and a novel anticancer therapy; Scopolia, the source of the ‘truth drug’ scopolamine; yew trees for breast cancer; Ephedra for asthma, amphetamines and ecstasy.

The eight flowerbeds in St Andrews Place have gone from bare winter’s earth to giant greenery – Angelica two metres high, and butterbur with leaves as big as an umbrella cloistered in by box parterres. As June arrives the apothecary’s rose, swathes of scarlet corn poppies, bright yellow greater celandine with its golden sap, marigolds, wild delphiniums, and sky blue flowers of chicory will delight the eyes, and titillate the brain with the wonderful stories that they tell to those who know.

In the main garden around the lawn, the giant Chilean Drimys winteri will finish flowering soon, but reminds us of its importance in treating scurvy in Sir Francis Drake’s fleet early in his circumnavigation of the world (1577–1580). The great plane tree, whose ancestor sheltered Hippocrates when teaching his students on the Island of Cos 2,300 years ago, covers a wild flower meadow where we grow common spurge – Euphorbia, a weed in every garden – as it honours a Greek physician at the time of the Roman Empire, and is the source of a new treatment for rodent ulcers. 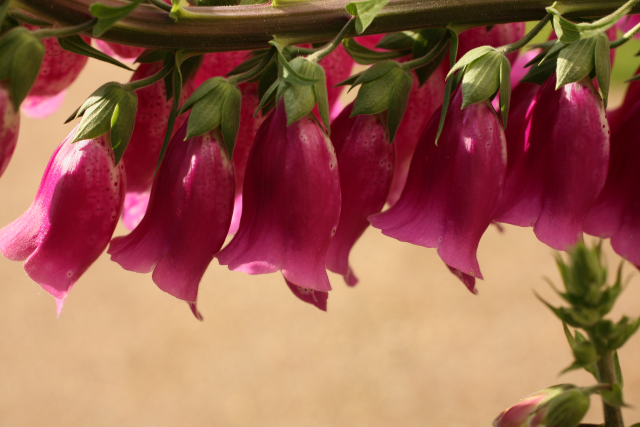 In the lawn beds purple opium poppies (the source of morphine), yellow-flowered Senna (the popular purgative), pink Madagascar periwinkle (which gave us lifesaving treatments for leukaemia) all manage not to clash with the orange blossoms of the pomegranate in the Middle Eastern zone. Here shelters deadly nightshade with its gloriously tempting shining black-purple berries – source of a vital antidote for nerve gas poisoning, which also treats sea sickness and other complaints, sharing its bed with the giant reed, Arundo. This, now 5 metres tall, so useful for making pan pipes and oboe reeds, produces local anaesthetics and a lifesaving treatment for heart attacks.   Foxgloves for heart failure; Ammi from the cow parsley family which treats psoriasis, renal colic, angina, atrial fibrillation, asthma and hay fever; Artemisia species from Europe for intestinal worms and absinthe, and from China for malaria and malignant melanomas, grow happily together. We even grow tobacco, the world’s biggest cause of premature death. 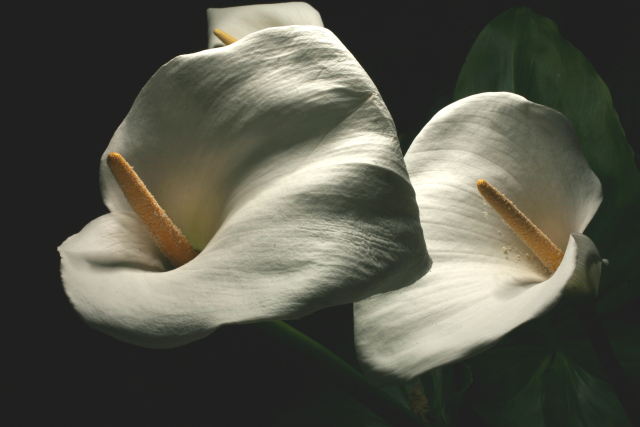 Plants from the Southern hemisphere – Africa, Australia, and South America – luxuriate. The metallic purple fruits of Dianella tasmanica; fragrant Pelargonium, snow-white Zantedeschia arums, are bedfellows to a Japanese banana named for Musa, physician to Caesar Augustus. They lead down to our suntrap where angels’ trumpets bask in the summer sun, with vitamin C-rich lemons, contraceptive-producing yams, motor-neurone-inducing cycads, and aloes which have treated everything from sunburn to the radiation burns, but double up as a useful purgative. It is really ‘the most interesting garden in London’!

Plants in the medicinal garden inspired our current exhibition, Chemistry in the garden: paintings by Nina Krauzewicz, on until 31 July 2015.

Read more about the RCP's library, archive, museum and garden on our blog, and follow @RCPmuseum on Twitter.