There is a scene towards the end of the 1970 film Love Story where a physician tells Oliver that his 24-year-old wife, Jenny, is dying of leukaemia. When Oliver asks what he can do to help Jenny, who isn’t present at the meeting and is unaware of her diagnosis, he is told: 'Act as normal as possible for as long as possible, that’s the best thing.' No plan is made to inform Jenny about her illness beyond a vague acknowledgement that she will, eventually, need to be told.

To the modern-day viewer the scene could appear, at best, patriarchal, at worst unethical. However, content from the RCP’s Voices of medicine oral history collection suggests that, in the 1960s and 1970s, such practices were not unusual.

Many interviewees recall that, in their junior doctor days, it was accepted that the physician dictated a course of treatment following little or no discussion with the patient. Linda Luxon remarks:

I remember as a houseman the consultant, who was a very nice man, would stand at the bottom of the bed and say, ‘Hello, Mr Smith. How are you today? We’re going to do this today and we’re going to do that today and then we’ll decide what tablets to put you on.’ The patient might or might not say anything.

Doctors often found it very difficult to confront patients with the truth about serious illness.

He said, ‘If you don’t mind taking me, in 3 weeks’ time you and I will go together to Tottenham Hotspur and you can tell me about the game.’ So the chap cheered up a bit and we walked off … and I said, ‘That was very kind of you, sir,’ he said, ‘No, it doesn’t matter, he’ll be dead in a week.’

Similarly, Anthony Seaton remembers 'a girl on a medical ward who had leukaemia, and she’d been told that she had glandular fever'. Professor Seaton goes on to add:

And there was no treatment [for leukaemia] in those days, no treatment. Doctors often found it very difficult to confront patients with the truth about serious illness, especially when they were very young.

Interviewees largely agree that the move towards a more open approach, with doctors and patients working in partnership to decide a course of treatment, was a welcome development, as was an increased emphasis on communication skills in education and assessment. One interviewee said:

What has changed particularly is this issue of partnership and that you are all engaged in this same decision making process. You don’t decide on behalf of a patient … he or she decides and you come to a joint agreement, which is a great improvement. 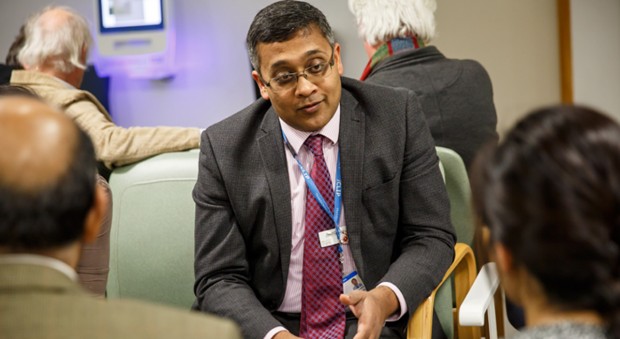 However, there are also reflections that changing work and medical practices have put up barriers between doctors and their patients which didn’t exist before. Working in Portsmouth in the 1960s Martin Sarner was impressed by a local GP’s close relationship with his patients and laments that pressure of work no longer makes this possible:

He knew all the patients, and their families intimately. And the family dynamic, which was an important aspect of their disease patterns, was very well known to him. And this was true of all the GPs. Indeed when I used to make the evening ward round on a take day I'd be rung up by a GP asking, ‘How is Mrs Jones?’ And I needed to know … But that changed … It changed in the early '70s.

June Crown also recalls how the move from the firm system to the shift system and shorter hospital stays resulted in far less long-term contact between physicians and patients:

One goes into medicine … because of the involvement with people … and what was interesting then, of course, is that there was much more exposure to the patients. If it was your firm’s turn to be on call you’d be staying actually in the hospital for a week at a time, 24 hours a day, and the patients were in hospital for a lot longer than they are now.

What comes across strongly through all the interviews is that, regardless of when they were practising, physicians were trying to communicate in a way that they believed was most beneficial to the wellbeing of their patients.

At the time I thought, ‘Wow, you bastard’, but in fact what he had done is give that chap some hope … It was not, then, the time when you gave people long preparatory introductions to the fact they were going to die, which some people like, but I still don’t … It’s interesting in attitudes … you wouldn’t do it now because our attitudes are different, but at that time it was kind, I think you’d have to say.