Skip to main content
Some historical perspectives on the study and treatment of diabetes Details Date: 16 December 2016

The introduction of insulin treatment in the 20th century transformed type 1 diabetes from a death sentence to a long-term condition, inspiring some early recipients to dedicate their lives to diabetes care. The absence of effective remedy did not stop physicians in centuries past from diagnosing and attempting to treat diabetes. It was much written about in the 19th century, as can be seen in our digitised books from this time.

In 1923, Alan Nabarro (1914–1977) and Robert Lawrence (1892–1968) became two of the very first people in the UK to be prescribed insulin. Alan was 9 years old and went on to spend his whole life working to improve the lives of people with diabetes around the world. He went onto become one of the longest living people with diabetes up to that time, and the Alan Nabarro Medal is still awarded by Diabetes UK to people who have lived with diabetes for 50 years. The RCP archive holds his personal papers including a series of desperate telegrams sent by his father to doctors around the world.

Lawrence had already embarked on a career in medicine and was training to be a surgeon at King’s College Hospital when he was diagnosed with type 1 diabetes. He moved to Florence, Italy, to set up a practice there, as he didn’t want his family to witness his deterioration. In early 1923, Lawrence contracted bronchitis and the end of his life seemed to be approaching, when he received a telegram from his friend and colleague GA Harrison, biochemist at King's College Hospital, ‘I’ve got insulin – it works – come back quick’. With difficulty he drove himself back across the continent. He subsequently devoted his life to supporting people with diabetes: establishing a large and very popular clinic at King’s, founding the British Diabetic Association (now Diabetes UK) with HG Wells and writing the influential book, The diabetic life. His story is told by David Pyke, former RCP registrar, in an oral history interview recorded in 1988.

Items in the RCP archive and historical library reveal how diabetes was described and treated as far back as the 1680s. Thomas Willis (1621–1675) observed and noted the sweetness of the urine of people with diabetes. In The remaining medical works, translated into English by Samuel Pordage (1633–c.1691) and published in 1681, he describes the condition as ‘The Pissing evil, a disease that causeth the party troubled therewith almost continually to piss, and in a great quantity a clear and sweetish water.’

Among the papers of George Colebrook (died 1716) in the RCP archives is a 1680 report entitled ‘Diabetes cur’d by Dr Cotton of Yarmouth & [Sir Thomas] Brown in ye High Sherif of Norfolk’. The ‘cure’ includes Epsom waters. The drinking of mineral waters as a treatment is referred to much later, in New aspects of diabetes: pathology and treatment from 1912, in which Carl von Noorden (1858–1944) rubbished the drinking of mineral waters and other ‘secret remedies and patient medicines’ and stressed his medical opinion that diet was the best method of treating diabetes, detailing a case of a 48-year-old English man on a diabetic diet plan. 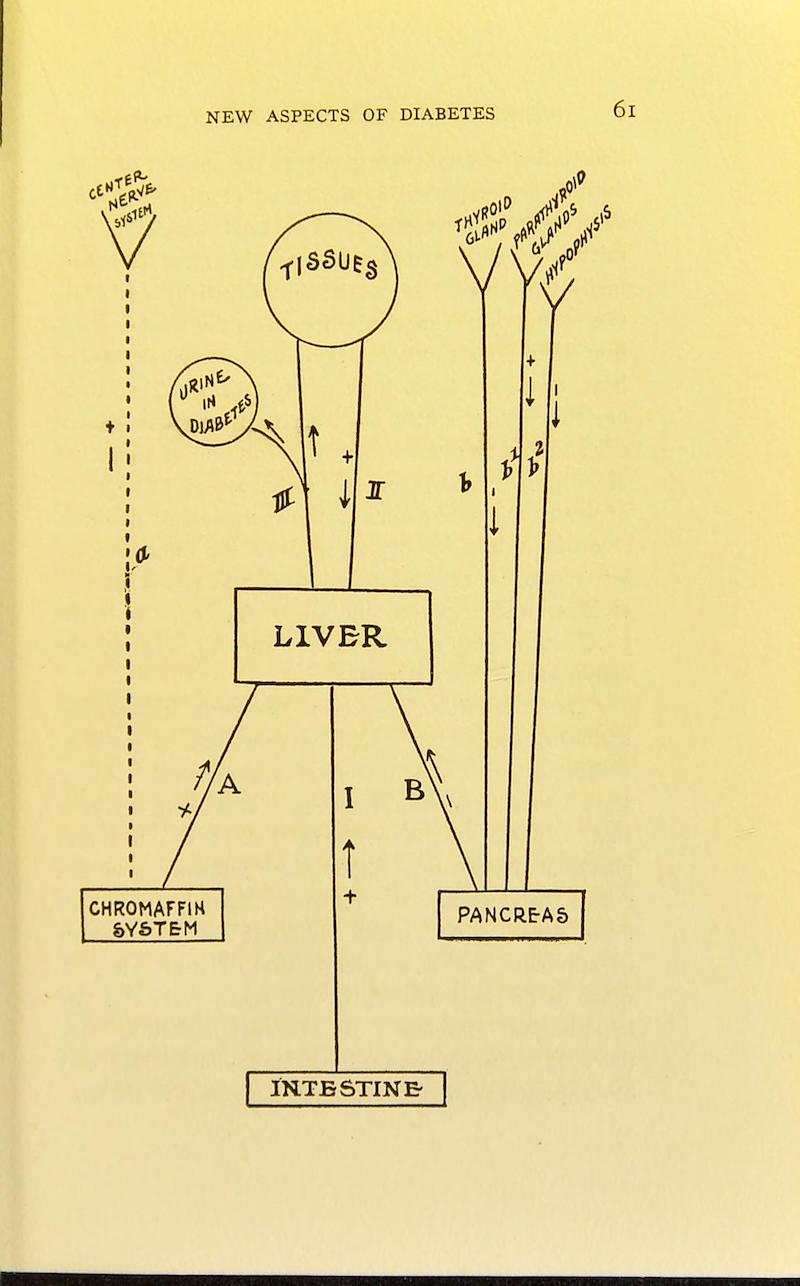 The Swiss anatomist Johann Conrad Brunner (1653–1727) was the first to recognise the importance of the pancreas in the disease. He conducted experiments which demonstrated that dogs without a pancreas showed the symptoms of diabetes. His findings were reported in the 1683 book Experimenta nova circa pancreas. 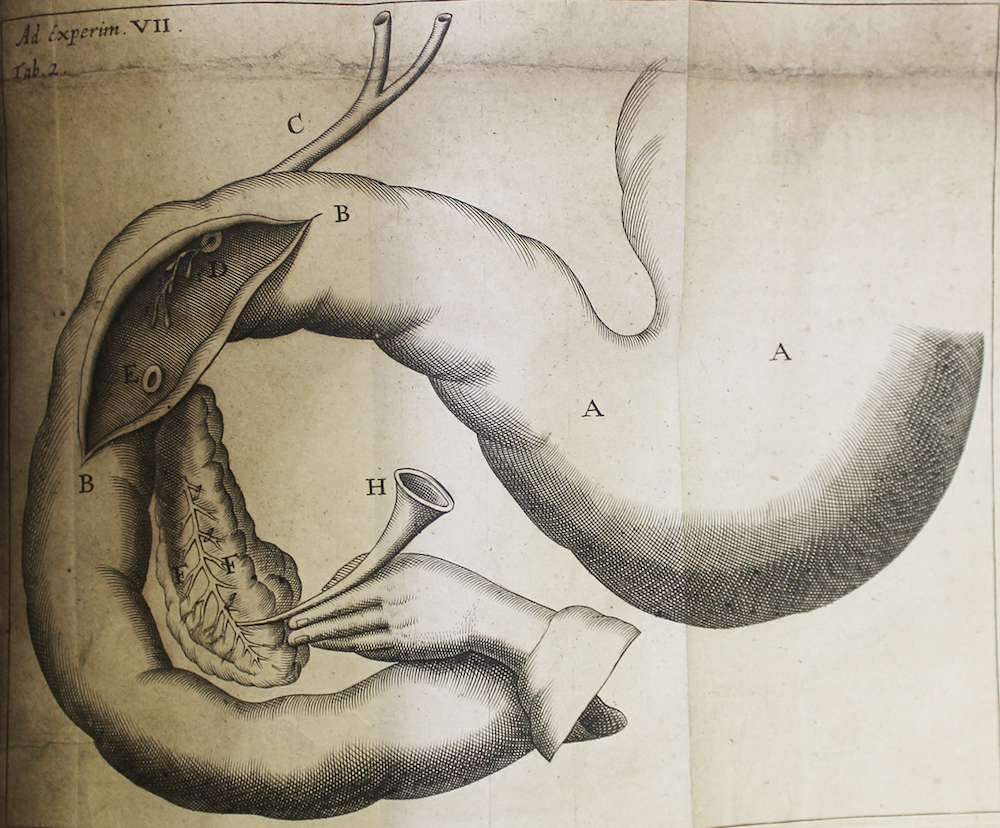 The production of the hormone somatostatin in the pancreas, and the heritable aspect of beta-cell secretion of insulin are among the discoveries of RCP fellow Rolf Luft (1914–2007), another pioneer in diabetes research. He also discovered that stress hormones impair diabetic control and that impaired first-phase insulin response to glucose is associated with the development of type 2 diabetes.

Endocrinology is the RCP specialty spotlight for January 2017.