Skip to main content
Shell shock, what’s in a name? 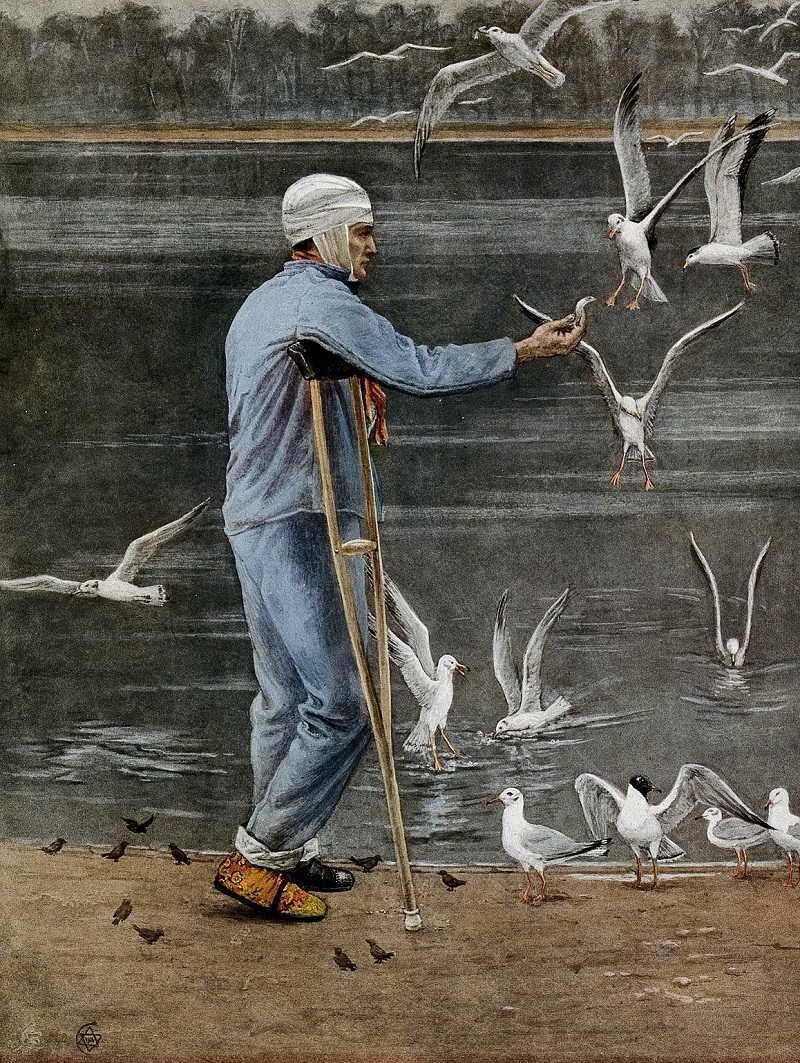 As we reflect on the 104th anniversary of the Battle of the Somme, sources from the archive reveal a controversial medical debate about shell shock: was it caused by physical injury, or was there a psychological cause?

When the first cases of shell shock started to arrive at French field hospitals in the winter of 1914 – 1915 this mysterious affliction of modern warfare was so novel it didn’t have a name yet. Within the army it became known as shell shock, a term later introduced into medical literature by the psychologist, Captain Charles Myers.

Although Myers soon came to regret coining the name ‘shell shock’ due to its imprecision as a medical term, the name stuck in medical literature and the public imagination.

In July 1916, with the start of the Battle of the Somme, the incidence of shell shock dramatically increased. By the end of the four month offensive about 420,000 British and Commonwealth soldiers had been killed or wounded. A review of patient records from the National Hospital for Neurology and Neurosurgery shows that earlier in the war, soldiers diagnosed with shell shock were evacuated back to the UK but that after the Somme expediting soldiers back to the front line was prioritised.

In 1917 with the Somme in recent memory, shell shock was included for the first time in the RCP publication The Nomenclature of Diseases, then an internationally recognised standard for the naming of diseases. The publication initially proposed a definition of shell shock that didn’t reflect psychological causes, a point that was contested by the Medical Research Committee (MRC).

Writing on behalf of the MRC, Sir Walter Morley Fletcher contacted Leonard Guthrie of the RCP’s Nomenclature of Diseases Naming Committee. The MRC proposed that shell shock be separated out between ‘shell concussion’ caused by physical injury and ‘shell neurasthenia’ caused by a mental trauma.

‘Shell shock  can be, and we think ought to be, divided into ‘shell concussion’, where there is evidence of physical agitation, with stunning and longer or shorter loss of consciousness, and on the other hand – shell neurasthenia, where the condition is due to the mental agitation caused by the sights and sounds due to shell explosions, perhaps even mixed with direct physical effects, but not associated with definite cerebral concussion.’

This division between physical and mental trauma was important for several reasons. The definition would affect the statistics of the War Office, which used the RCP nomenclature conventions.  It would also affect other medico-legal protections such as soldiers’ pension entitlement. Fletcher goes on to write that an officially recognised psychological cause to shell shock would offer ‘shelter’ to those commonly dismissed as ‘malingering’ or cowards.  Being labelled a coward while suffering from shell shock is a recurring fear in soldiers’ testimonies held by the Imperial War Museum.

A week later, Fletcher wrote a second letter to the RCP. The Nomenclature Committee had revisited their classification of shell shock and created a new term, ‘neurasthenia, traumatic’. Although neurasthenia was not a new medical term, within this context it reflected mental trauma caused by battle. Fletcher acknowledged in his letter that this new term was an improvement but predicted it would not be straightforward to use in practice.

What Fletcher hadn’t predicted was that the two separate diagnoses began to take on class biases. From case records at the National Hospital, shell shock became an increasingly pejorative term as the condition was considered a kind of psychological weakness.  National Hospital patient records show it was largely restricted to lower ranking soldiers, while officers were more frequently diagnosed with neurasthenia. Officers with neurasthenia were treated with a psychotherapeutic approach and occasionally transferred to specialist facilities.

Some physicians believed a soldier’s class and education affected their pre-disposition to shell shock. In 1918 the neurologist, William Aldren Turner delivered the RCP’s Bradshaw Lecture, on the ‘Neuroses and Psychoses of War’. Turner said:

‘.. under compulsory training, many men have entered the army who are constitutionally and by upbringing and education unable to adjust their outlook to service conditions.’

The renowned neurologist, Sir Frederick Walter Mott considered other psychosocial factors, such as the soldiers’ state of mind before battle, their different temperaments and emotional history. He also suggested that there were soldiers who were ‘shell shy’, rather than shell shocked. Mott believed that some soldiers were not experiencing a new nervous disease but a manifestation of hysteria. The debate among physicians about shell shock would continue for years to come.

After the war there was limited funding for veterans with mental health problems caused by war. In 1920, the government provided a military pension for veterans suffering from war neurosis, however this was repealed in 1926 on the basis that men who were still disturbed so long after the war were clearly not suffering from a war related wound. Naming shell shock and trying to understand its physical and mental causes and effects was pivotal in the development and standing of the discipline of psychiatry. However, despite this significant medical development, veterans experiencing the ongoing mental effects of war still received little legal or financial protection under either the shell shock or traumatic neurasthenia diagnosis. Adequate mental health care provision for veterans was still a long way off.

‘The petrification of terror’: psychology and the First World War

Shell shock had immense impact on the soldiers of the First World War and the medical profession was unprepared to handle mental trauma. Many at the time thought that psychiatry was second-rate medicine. The neurologist William Brown (1881–1952) fought this idea and aimed to treat the minds of soldiers as well as their bodies. His writings in The Lancet and elsewhere reveal his unique role during the war years.