In Shakespeare’s play The Tempest, the character Prospero uses magical powers to intimidate his enemies and to manipulate the natural world. The character may have been inspired by the Elizabethan mathematician, astrologer and book collector John Dee.

Prospero is the rightful Duke of Milan, but has been deposed by his brother Antonio. He has taken refuge on a remote island, where he has remained for 12 years prior to the beginning of the play. Books, it emerges, have played a significant part in his downfall. As Duke of Milan, Prospero explains, he became ‘rapt in secret studies’ and allowed his deceitful brother to achieve undue power and influence.

The play begins when a ship containing Antonio and his entourage sails close to Prospero’s island. Prospero uses his powers of magic and illusion to shipwreck the vessel, punish his adversaries, and regain his dukedom. He achieves this by means of a familiar spirit, called Ariel, who performs magical acts according to Prospero’s instructions. 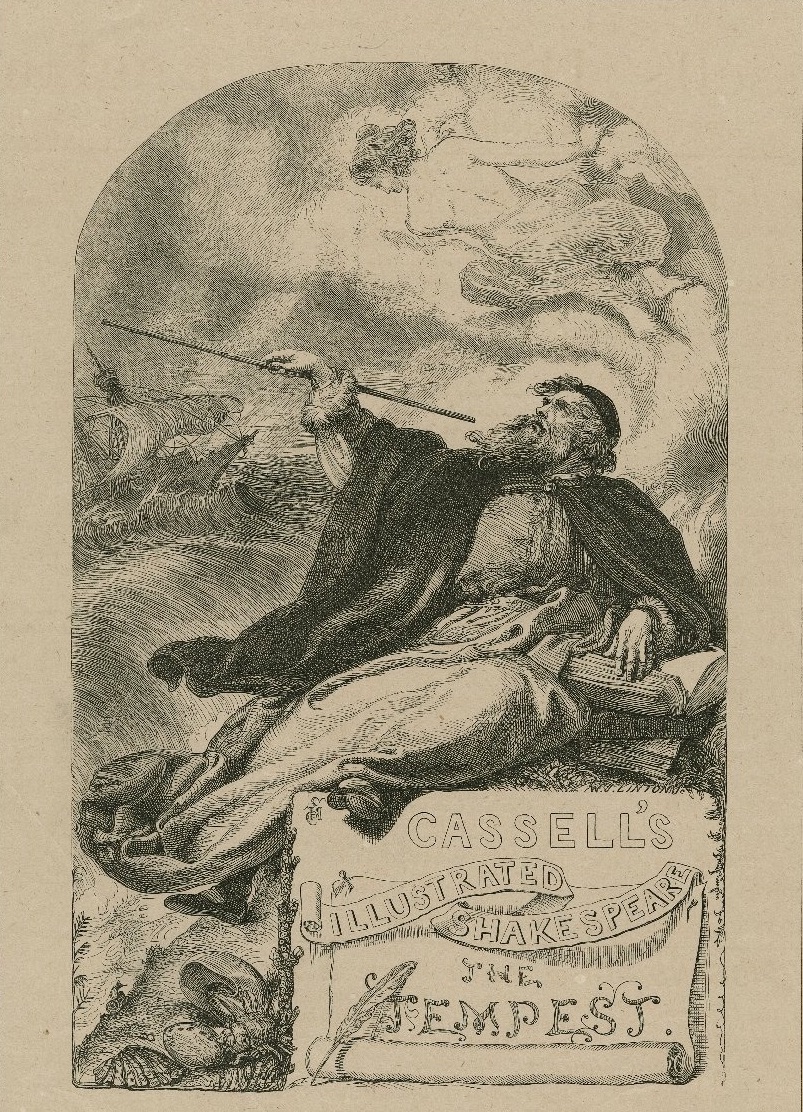 John Dee (1527–1609) is one of Elizabethan England’s most intriguing characters and he has long been seen as a possible model for the character of Prospero. Like the fictional wizard, Dee immersed himself in a vast library, suffered a grave misfortune (in Dee’s case, theft of his books rather than exile) and believed that he could summon spirits.

In reading The tempest, it’s easy to draw a connection between the character of Prospero and the historical figure of Dee. In act I, scene ii, Prospero states that he cared about his library above all else:

He describes how, following his exile, his servant Gonzalo had come to his aid:

Knowing I loved my books, he furnish'd me

From mine own library with volumes that

I prize above my dukedom.

At the end of the play, Prospero renounces his magical powers; he resolves to break his staff and cast his book of magic into the sea.

Dee was the epitome of a Renaissance polymath, someone interested in and expert in almost every branch of knowledge. Dee’s studies included mathematics, astrology, astronomy, alchemy, history, theology, philosophy, cryptography and magic. He was also an extraordinary book collector, amassing as many as 3,000 printed books and 1,000 manuscripts in his home at Mortlake, on the river Thames, near London. 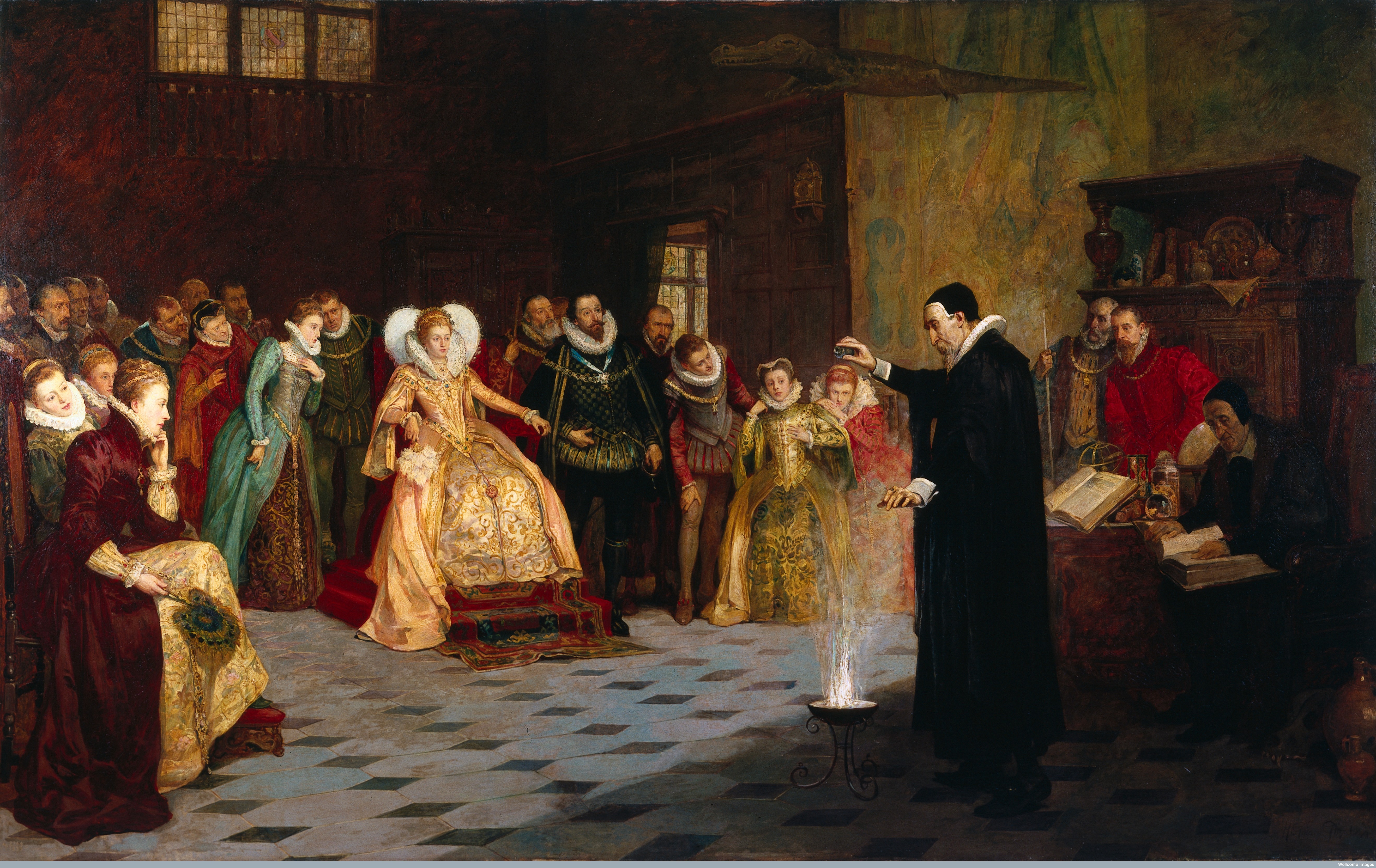 John Dee cared deeply about his own library, even suggesting to Mary I in 1556 that his collection might form the base of a new national library. His was deeply upset after his library was ransacked, and many books stolen, during the 1580s.

In The tempest (III:ii), Caliban notes that Prospero’s library is the source of his power:

First to possess his books; for without them

One spirit to command.

Dee used his vast book collection to inform his interest in mystical philosophy and religion, inspired by Neoplatonist and Hermetic writings: another clear similarity with the character of Prospero. This is what we would now consider magical or occult practice, but was at the time considered a highly intellectual philosophical pursuit.

Dee spent several years of his life attempting to communicate with angels and spiritual beings via a medium, known as a ‘scryer’, who would see and hear visions in crystals or mirrors. His most famous scryer was Edward Kelley, who worked with Dee from 1582 until 1589. Dee made detailed records of these events, described as ‘spirit actions’ or ‘angelic conversations’. He believed that the angels were communicating important truths about the creation and structure of nature, God’s plans for the world, and the lost spiritual language known as ‘Enochian’.

Some features of Prospero’s character do not accord with what we know about Dee. Dee always asserted that his communications with spirits were intended for religious or holy purposes, and that he only spoke with angelic or holy beings. Unlike Prospero, Dee did not use these spirits to control or terrorise other people, he wanted to gain knowledge and not worldly power, and never renounced the practices.

Prospero’s magical practice draws on wider traditions than that of a wise Christian magus like John Dee. In Prospero’s character there are elements of a pagan witch or enchanter who controls natural forces with the aid of a familiar spirit. Prospero’s theatrical staging of the magical events in the play reminds us of an Elizabethan trickster or juggler: someone who uses sleight of hand to deceive an audience into believing that magic has taken place. Whatever our opinion might be of Dee’s attempts to contact spirits, it is clear from his own writing that he believed earnestly in what he was doing, and did not view it as a trick.

We do not know whether William Shakespeare and John Dee ever met, but it is highly likely that Shakespeare would have heard of Dee, one of the most learned men in Tudor England, and one who had enjoyed high status in Queen Elizabeth’s court. It is impossible to tell whether or not Dee was an explicit inspiration for the character of Prospero.

John Dee has been the explicit inspiration for many other fictional works, appearing in art, music and literature with regularity over 4 centuries. Books from his library are displayed in the current exhibition ‘Scholar, courtier, magician: the lost library of John Dee’.

Further reading on The Tempest from the British Library: