Skip to main content
Plague remedies from the garden

This week 350 years ago, fear gripped the City of London and surrounding areas. An outbreak of plague had taken hold and after a slow start, more than 1,000 people were dying each week.

In May 1665, the Privy Council asked the Royal College of Physicians to publish advice about how to prevent the spread of the disease and how to treat infected people.

Writing in English, and selecting remedies for people of all financial means, the authors clearly intended the book to have a wider audience than only physicians or other learned men.  Many, if not most, of the recipes were based on plant ingredients commonly used at the time in apothecaries’ shops, but also available to the general population.

The RCP medicinal garden grows many of these herbs and flowers today, and a display of some of these accompanied our evening of plague lectures on 29 June, featuring many species mentioned specifically in 1665. 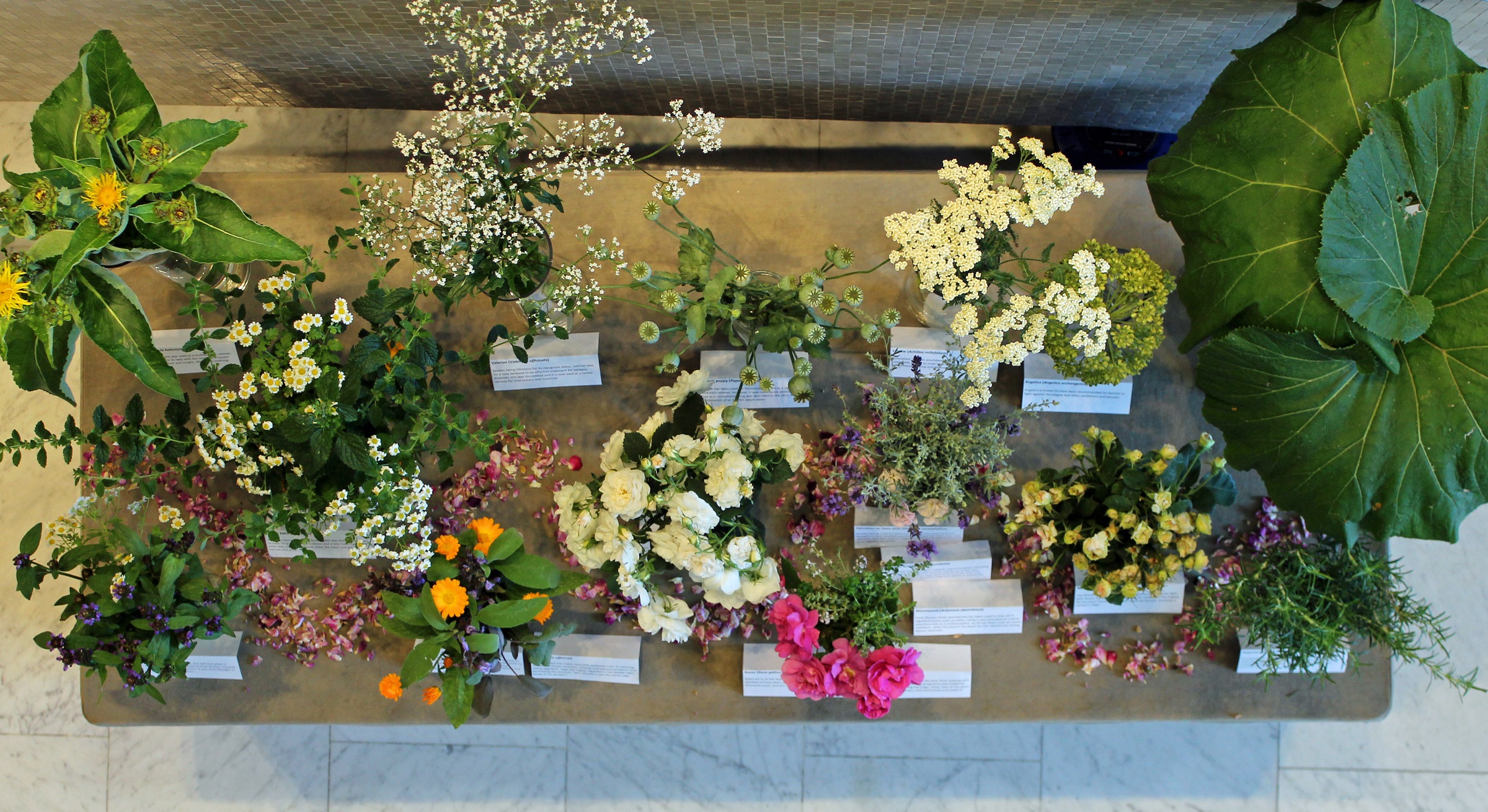 Plants and flowers displayed in the RCP Lasdun Hall, 29 June 2015

The physicians’ plague advice mentions many specific plants thought to be beneficial in preventing infection, such as these recommendations for perfumes:

Such as are to go abroad, shall do well to carry Rue, Angelica, Masterwort, Myrrhe, Scordium, or Water-germander, Wormwood, Valerian, or Setwall-root, Virginian-snake-root, or Zedoarie in their hands to smell to; and of those they may hold or chew a little in their mouths as they go in the streets.

The book includes many recipes for medicines to be taken internally, often with emphasis placed on the benefits of sweating. Section 21 comments that ‘the poison is expelled best by Sweating, provoked by Posset-ale, made with Fennel and Marygolds in winter, and with Sorrel, Bugloss, and Borage in Summer’. Other common ingredients were wood-sorrel, rosemary, scabious and butterburr (which was so strongly associated with plague that it had the alternative common name of ‘pestilence-wort’).

These are just some of the 1,000 plants grown in the RCP medicinal garden, which is open to the public throughout the year.

Visit the RCP medicinal garden: tours on the first Wednesday of the month throughout the summer and at other times by appointment.