This small box contained several tiny pills, each holding a high concentration of opium, extracted from the opium poppy plant. The plant contains compounds which cause sedation and pain relief, making the opium poppy one of the most remarkable and useful plants in human history.

Boxes like this would have been kept in family medicine chests, and the opium pills used by adults as painkillers. Opium was common in Britain throughout the 18th and 19th centuries, with the Victorian period particularly notorious for widespread use. The packaging presented vague guidance on appropriate doses, causing frequent overdoses and misuse. While adults took opium pills, tonics containing opium were often given to babies and children to sedate them, giving respite to busy working parents.

RCP physician Richard Mead (1673-1754) described opium as ‘one of the most noble remedies in the world’ and indeed, it was often prescribed by doctors for their patients – and enjoyed recreationally by the doctors themselves! Mead, in his book, A mechanical account of poisons, advocated cautious use, arguing that excessive doses could cause difficulty with breathing and displays similar to drunkenness, which he called a ‘volatile spirit’. 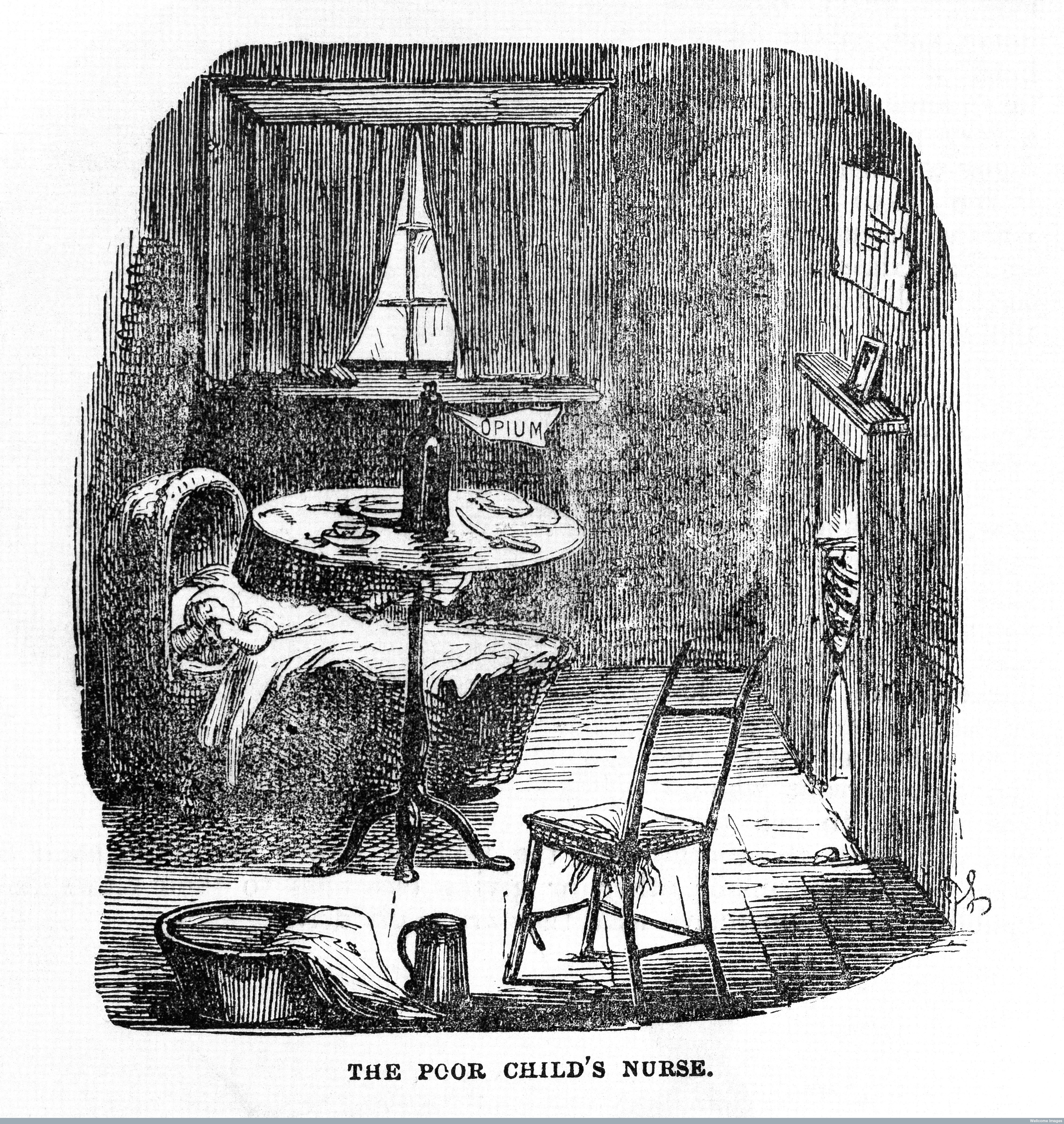 In the 1860s, the British press and popular literature campaigned to restrict usage, printing sensationalist artwork and poetry highlighting the destructive nature of opium dens (establishments where opium could be purchased and smoked socially). Public feeling agreed, leading to the 1868 Pharmacy Act, banning the sale of opium outside of approved pharmacies.

Today, the narcotic compounds of opium are not ingested in a raw form, but are synthesised for medicinal use; for example, to make codeine or morphine – common painkillers used in hospitals. The opium poppy is currently grown in the UK for this purpose. It is however, highly addictive, so most medicines containing the compounds are only available with a prescription. Opium can also be chemically processed to produce heroin for the illegal drug trade.

The objects mentioned in this blog – and many more – can currently be seen at the RCP in our temporary exhibition, Chemistry in the garden: paintings by Nina Krauzewicz, open until 31 July 2015.