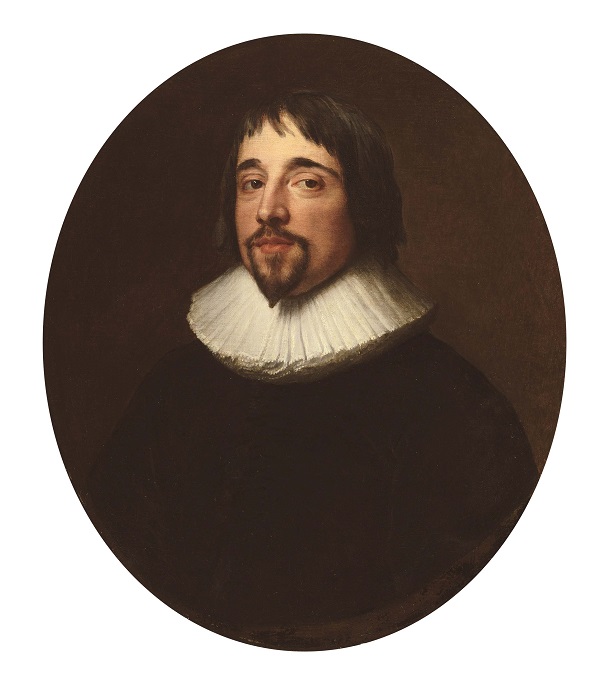 A painting attributed to one of the greatest artists to work in Britain, Sir Anthony van Dyck, is now on display at London’s Royal College of Physicians (RCP).

The newly acquired 17th century portrait features one of the RCP’s most eminent fellows Dr Baldwin Hamey (1600-1676). Hamey was one of the 494 year old institution’s greatest benefactors.

The portrait has been acquired thanks to support from the V&A Purchase Grant Fund and the Museum Association Beecroft Bequest.

Hamey’s portrait has recently been investigated by Philip Mould Ltd, a gallery specialising in old masters and British pictures. Dr Bendor Grosvenor of Philip Mould Ltd will deliver a lecture on the portrait at the RCP’s ‘Treasure’s evening’ on Monday 8 October.

The whereabouts of Hamey’s portrait had been a mystery for centuries until its most recent owner, an American private collector, contacted us to do some research on the painting a couple of years ago. We are very pleased to have played a role securing the painting’s return to Britain, and to Hamey’s spiritual home at the RCP.

An early biography of Hamey mentions two van Dyck portraits of the physician; an original and a copy with the latter now owned by the Bodleian Library, Oxford. Recent assessments of the RCP’s new portrait have suggested that van Dyck himself may have painted the face with the rest completed by his studio.

In 1634 Baldwin Hamey became a fellow of the RCP, taking up office as registrar in 1646, and later treasurer in 1664. Hamey was generous with his wealth throughout his life and he gave money to rebuild the RCP following its destruction in the 1666 Great Fire of London. Hamey also provided funds for carved Spanish oak panelling to adorn the RCP dining room. Hamey’s panelling is today preserved in the historic Censors’ Room where the newly acquired portrait now hangs.

We are delighted to have acquired Baldwin Hamey’s lost portrait. It joins important RCP collections presented by Hamey himself including a rare medicinal antimony cup - reputedly responsible for the deaths of three patients, and a silver table bell used by Hamey during his time as registrar. To this day the bell is used by the registrar to call order to the RCP’s annual general meeting.