On a cold winter morning in 1859, in the northern New York town of Lyons Falls, 11-year-old Priscilla Budge arose before her five siblings in order to take her mother a fortifying cup of tea in bed before the day’s chores began. However, when Priscilla pushed open her mother’s bedroom door, she received a terrible shock. Mrs Budge’s throat had been cut open; a bloody razor lay on the bedclothes next to her. Suicide was the coroner’s verdict.

However, after four months of mounting pressure, the town authorities were compelled to reopen the case. Friends and neighbours of Mrs Budge (whose name was also Priscilla) could not accept the coroner’s findings, and furthermore, they had serious doubts over the testimony of her husband, Reverend Henry Budge. Priscilla’s body was exhumed and examined by a relatively young and inexperienced physician, John Swinburne. John felt there was evidence to overturn the original verdict, but, due in part to a lack of medical precedents, his senior colleagues refused to support him, and even put pressure on him to drop the case. Determined to seek justice for Priscilla, John reached across the Atlantic to the one person he hoped could help: Alfred Swaine Taylor. 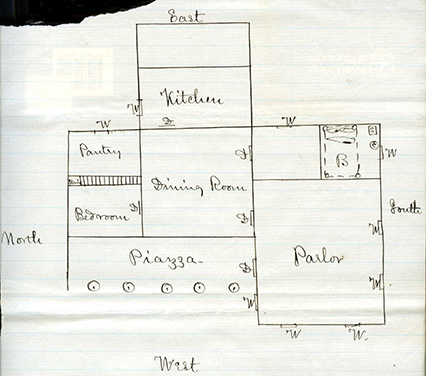 Alfred was a pioneer in medical jurisprudence, the field of science encompassing forensics, the use of medical evidence in the solving of crimes. His Manual of medical jurisprudence, first published in 1844, was a key work and he had also published a ground-breaking book on the detection of poisons. He had served as an expert witness in infamous trials such as that of William Palmer, the Rugeley Poisoner. And in June 1860, Alfred returned from holiday to his home near the north side of Regent’s Park, London, to find a letter from John Swinburne enclosing details of the Priscilla Budge case, including a plan of the Budge household drawn by John. To Alfred, the evidence was immediately clear: Priscilla had been murdered.

Alfred wrote to John, telling him that if Priscilla had died from a slit throat, blood would have spurted all over her and her surroundings, but only a few drops of blood were found on the bedclothes. Alfred also felt that the nature of the cut and the position of the body were not consistent with suicide. John had noted that the lungs were congested, and Alfred’s report supported his theory that Priscilla had been strangled, after which her throat had been cut to make her death look like suicide. Reverend Budge was put on trial, accused of murdering his wife when she discovered proof of his potentially career-ending affairs. He avoided jail when the judge prematurely concluded the case, instructing the jury to return a not guilty verdict. But John continued to publicly assert the truth as he saw it, confident in the backing of Alfred and other medical mavericks. 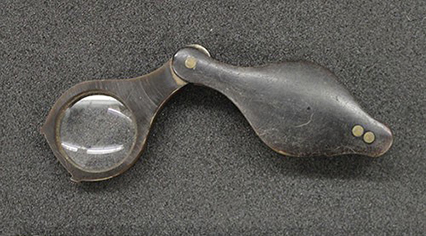 The Budge case notes that were sent to Alfred have recently been acquired by the RCP’s archives, along with the records of many other cases he worked on, as well as personal correspondence, papers relating to his role as lecturer and examiner at Guy’s Hospital medical school, and a hand lens he would have used when conducting his investigations has been accessioned into the museum.

Other cases documented in the records include industrial accidents, several incidents of poisoning (either accidental or intentional), and a suicide by gunshot wound. 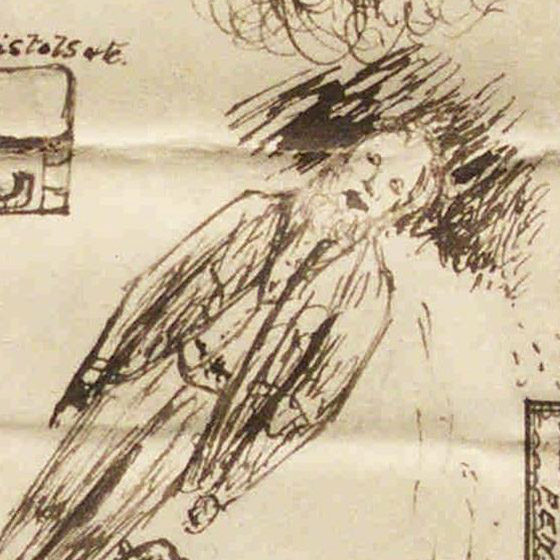 Alfred investigated the so-called Penge Mystery concerning the starving to death of Harriet Staunton, and pursued the murderer Eugene Chantrelle, who was the inspiration for the title character(s) of Robert Louis Stevenson’s ‘Dr Jekyll and Mr Hyde’.

As well as gruesome crimes, Alfred applied his scientific skills to other types of legal case, such as a patent dispute between James Young and Ebenezer Waugh Fernie who owned rival coalmining companies in Scotland. Alfred exchanged correspondence with like-minded colleagues such as John Day in Australia, with whom he discussed the use guaiacum tree resin in the detection of blood, and Alexander Mackintosh, whose favourite subject was the cadaveric rigidity of hares.

Alfred’s correspondence included letters ranging from a request for hair dye recommendations from a surgeon in San Francisco, to pleas for help from people who thought they had been poisoned. Elizabeth Woodifield was convinced that someone at the Edinburgh boarding house where she lived was slipping poison into her food and drink, to the point where she was furtively pouring cups of tea into flowerpots to outwit her assailant; Alfred referred her to his colleague, Thomas Stevenson. 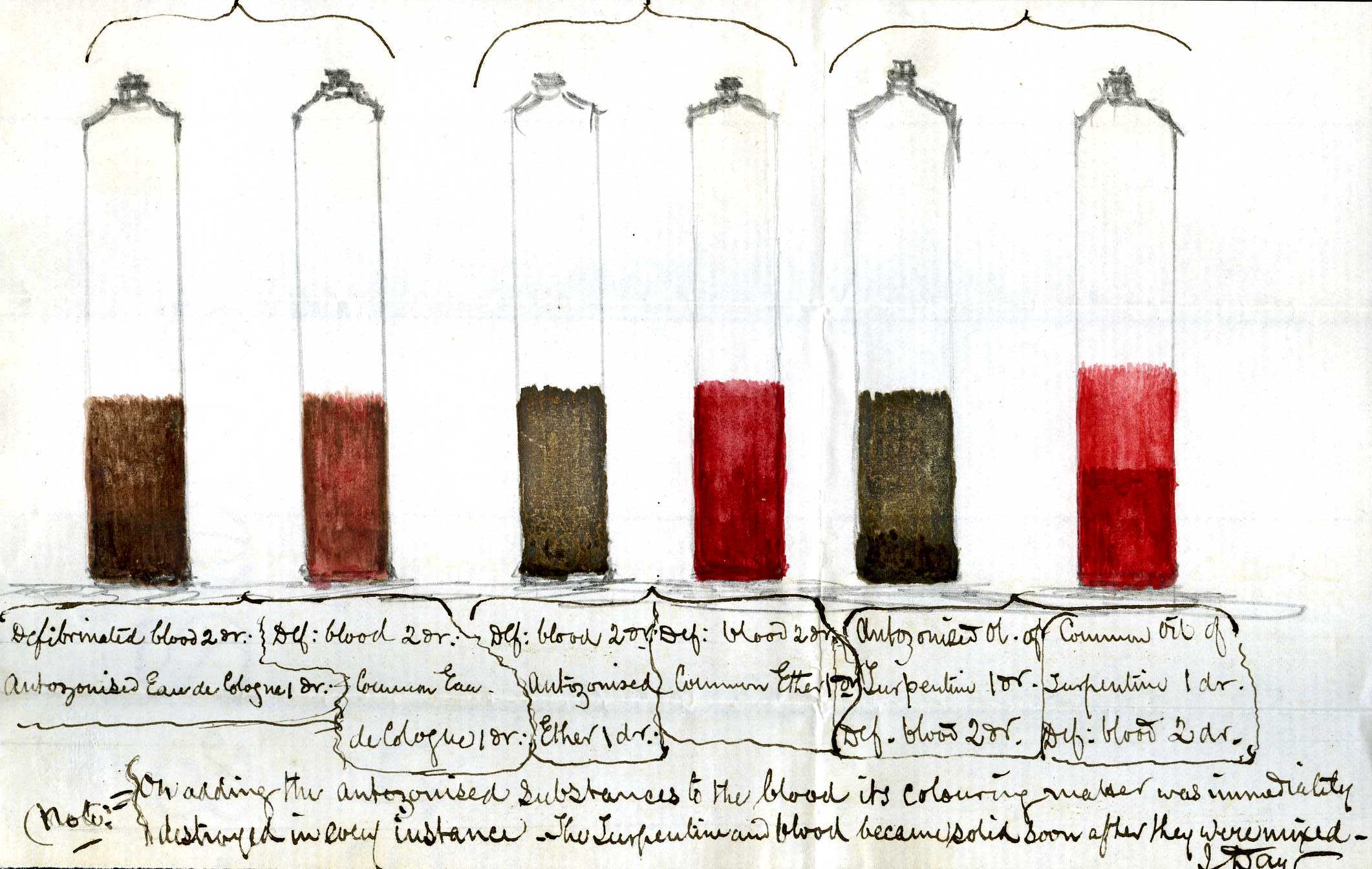 Such was Alfred’s fame that there is even a fan letter among his papers. The author had read an article about blood corpuscles written by Alfred, whom she refers to as the ‘distinguished MD FRS’, and was moved to write to him about it:

You would not have imagined that she had been eagerly cross examining a certain distinguished MD FRS on the nature of the corpuscles in blood – horrid thoughts these, to enter into a feminine mind! So thought the MD FRS – But believe me, they were the innocent subject of investigation of a naturally curious brain […] Fear not then, kind Doctor, the character of your new friend, and accept her grateful thanks for the arrival at breakfast of the photograph of a [corpse], verily long since destitute of all corpuscles.

She ends by quoting from a poem by Thomas Campbell, and signs herself Sanguinea because of her ‘sanguine temperament’.

Not all of Alfred’s professional roles were as ‘distinguished’ as Sanguinea might have imagined. In the 1850s he inspected industrial premises to check they weren’t emitting offensive smells, in contravention of the Smoke Nuisance Abatement Act 1853. These included Richard Trotman’s bone boiling factory in Southwark, James Buckingham’s leather tanning yard in Bermondsey, and Hannah Woodford’s tripe dressing establishment in Westminster. Alfred also inspected larger establishments such as the Wandsworth Gas Works, and the British Sperm Candle Factory, which was later taken over by the firm of Bryant and May. Now famous for making matches, William Bryant and Francis May ran a grease and shoe polish factory in Southwark that Alfred inspected in 1854, and which did not meet his standards:

There can be no doubt that this part of the business of Bryant and May is productive of the most offensive and noxious effluvia [that] would produce nausea, sickness, headache, and other unpleasant symptoms.

This resulted, Alfred felt, in ‘unbearable’ conditions for the factory workers. 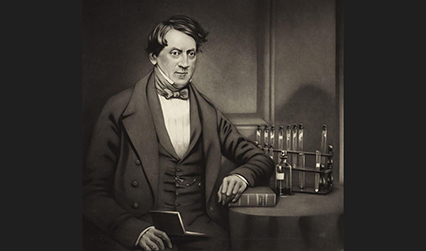 Alfred had never been afraid to place himself in unpleasant, and even dangerous, situations. At the very start of his career, he happened to be completing his medical training in Paris in 1830 when the July Revolution broke out. The Revolution and its aftermath resulted in much violence in the streets and suspicion of foreigners. Rather than flee the country, as many of his colleagues chose to do, Alfred stayed, partly because he wanted the money he was earning from his hospital work, but also because of the chance to learn how to treat gunshot wounds and other injuries caused during the violence.

The papers the RCP has acquired include letters from Alfred to his family from this time. In a letter to his aunt, Alfred describes a visit to a mental health ward at La Salpêtrière hospital:

There were about 200 mad women walking jumping shouting and screaming in every direction […]When standing writing something down […] I felt myself grasped around the neck as tight as if I had been in the paws of a polar bear. Extracting myself I turned round and saw a horrid hideous-looking woman standing before me who had stolen up unperceived by the guide and had jumped on my back. I took particular care after this to keep my eyes on every side of me as much as possible.

Alfred was aware that post to Britain was being intercepted, as the end of one of his letters home implies:

The streets of Paris present the most horrid scenes every night and the morgue constantly presents such victims, assassinated during the night!! […] All the schools & Colleges are shut, not a lecture is allowed to be delivered in any part of Paris and the students of law and medicine are all enrolled in the army of the revolution. Give my love to all, and let it not surprise you my dear Father that neither my name nor address are attached to this. From your affectionate son, AST.

Alfred was sympathetic to those oppressed by the French king, and expressed his desire for the violence to end. Nevertheless, he also seems to have had a fascination with the ‘horrid scenes’ in the hospitals and morgues, and it was here that he gained much of the knowledge and skill that would enable him to become a leading expert in the field of forensic science.

Alfred’s papers are available for anyone to view in the RCP reading room, and you can find a description of them on our catalogue (click on the blue + symbol below the catalogue description to see lists of documents in the collection).