Skip to main content
The lighter side of Victorian medicine: the BBC’s Quacks in five objects

On 15 December, the RCP museum will be hosting Christmas Quacks: the making of BBC2's 'Quacks': an interactive panel conversation including creator and writer James Wood ('Rev'), producer Imogen Cooper ('Horrible Histories') and history consultant Richard Barnett (The Sick Rose). In anticipation of this hilarious and gory Christmas special, we have identified objects from the collection to illuminate the real history behind the show. 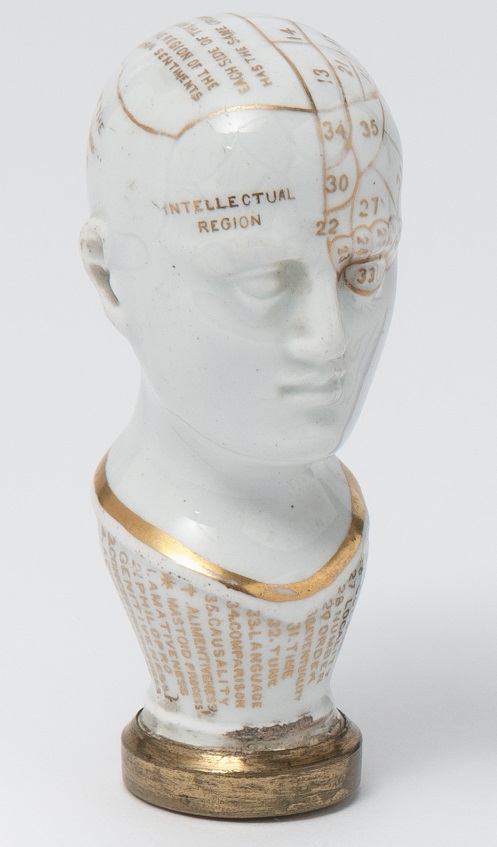 This object is actually a letter seal which has been made in the form of a phrenological head. Phrenology was a pseudo-medical belief which was introduced to Britain in the early 19th century by German physician Franz Joseph Gall (1758–1828). The theory of phrenology claimed that bumps and the physical landscape of the human skill could be correlated with the behaviour of the individual.

In 'Quacks', William Agar, a psychiatrist, performs a phrenology reading on his friend Caroline Lessing by touching her head to assess aspects of her personality including combativeness, inhibition, benevolence and passion. While phrenology had fallen out of favour by the mid-19th century, it did make a comeback around the turn of the 20th century.

We believe this object dates from the first years of the 20th century and may have been a result of this revival of interest. While phrenology has been debunked, the practice had an important influence on British psychiatry in the Victorian era. 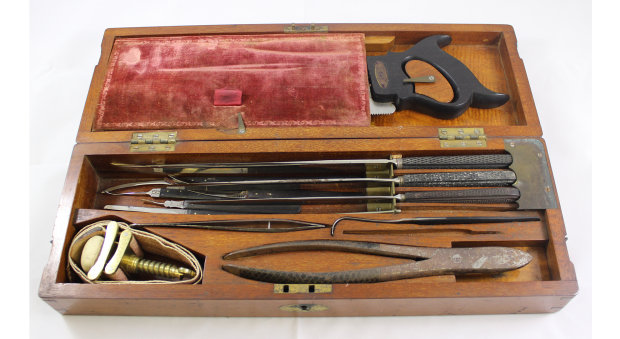 In the opening scene of 'Quacks', surgeon Robert Lessing attempts to beat his previous record in the fastest amputation of a human leg. Unfortunately, he makes a mistake during the operation and his sharp knife accidently removes another piece of the male patient’s anatomy. While the show demonstrates the ambition of this surgeon in jest, speed was of the essence when carrying out a dissection in the 19th century. Without anaesthesia or antiseptics, the longer the patient spent on the operating table, the more likely they were to die of shock or infection. This amputation kit includes sharp knives, a bone saw and tourniquet like those used in the programme. 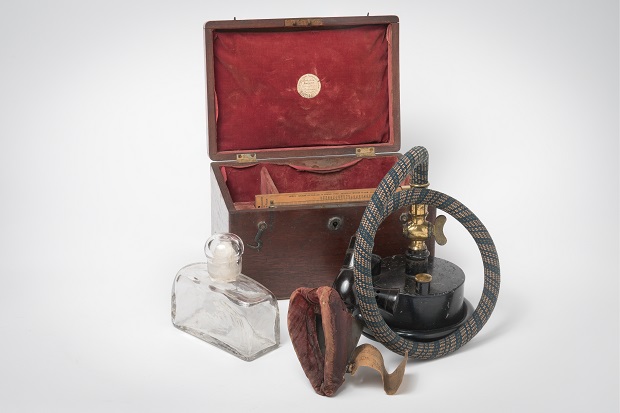 In the show, the dentist John Sutton experiments with ether anaesthesia to put patients to sleep during painful operations. In fact, a number of people were experimenting with anaesthesia in the years in which the show is set. The first public use of ether anaesthesia for surgery was carried out by American surgeon William TG Morton (1819–68) at Massachusetts General Hospital in 1846.

In its early years, the administration of ether was very dangerous, with less known about the effects that the drug would have on different patients. Death occurred in some cases, although the most typical symptom was vomiting. This anaesthetic inhaler and vaporiser is from our own collection and is dated 1847. It was designed by John Snow (1813-58) and was used to deliver ether vapours to Queen Victoria during the birth of her first child. In 'Quacks', William Agar opts to try the experimental pain relief during an operation for his bladder stones.

4. Records of cases treated in the Mesmeric Hospital, published Calcutta, 1847 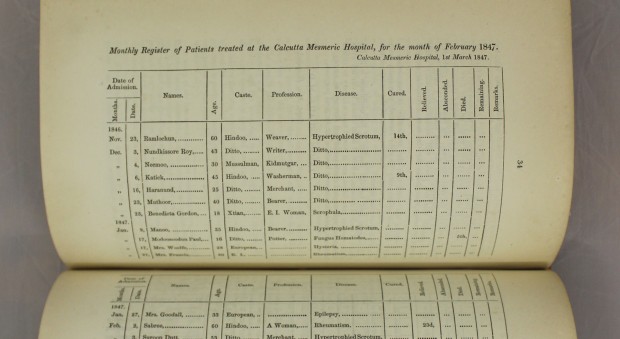 In the episode titled 'The Indian Mesmerist', John, William and Caroline travel to the London docks to meet with a famed practitioner of the mesmeric arts at a curry house. Developed originally by German doctor Franz Mesmer (1734–1815) in the 18th century, practitioners of mesmerism claimed to be able to control and use ‘vital energy’ to heal disease.

Although invented in Europe, mesmerism has a long history in India. Scottish surgeon James Esdaile (1808–59) was appointed civil assistant surgeon to the East India Company in 1831. Esdaile strongly believed that mesmerism could be used as anaesthesia during operations and in 1846 famously demonstrated the technique on 10 Indian patients during surgery. After this (apparently successful) performance, Esdaile was given permission to set up the experimental Mesmeric Hospital. Despite his campaigning, mesmerism as a form of anaesthetic did not receive wide support in Britain or India. 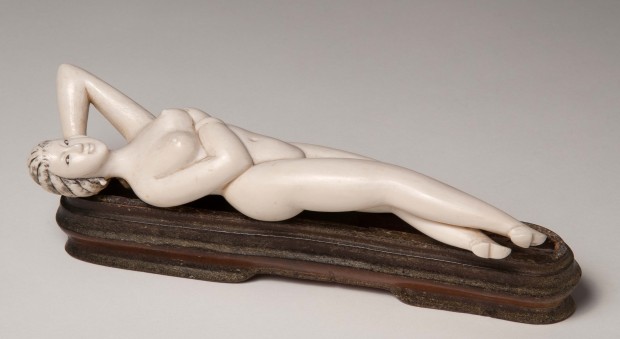 In carrying out a diagnosis, Dr Hendricks (and indeed many real Victorian physicians) believed it was not necessary to ever touch a patient. This was especially the case when dealing with a female patient. Diagnostic dolls have a very long history of helping male physicians overcome the difficulty of having female patients in past eras when the interactions between the genders were strictly regulated.

As demonstrated in 'Quacks', the patient (or even a husband or a maid) would use the doll to indicate where they were experiencing symptoms. The doll shown in the programme was actually based on this one from the RCP’s museum.

Please join us on 15 December to have a look at these objects and to meet the makers of the show!